You’ll pick up this quest in Chapter 8 after helping out the kids with Aerith in Specter St. You’ll then need to make sure you complete the Kids on Patrol Quest shortly after to unlock this when you return to the Hideout. 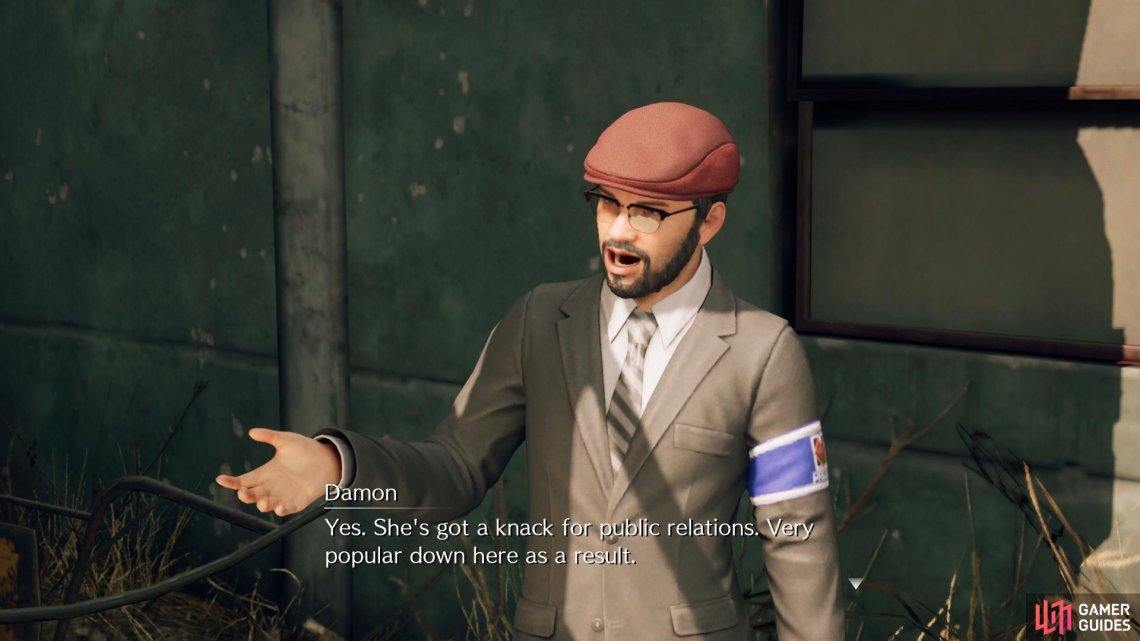 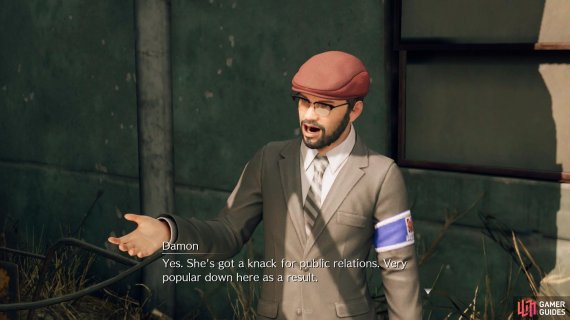 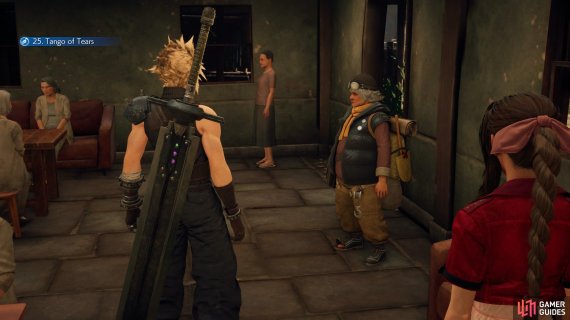 You’ll find Damon south of the Communtiy Center (left), speak with Mireille inside to get things started. (right)

Make your way over to the Community Center, found to the south of Leaf House Orphanage and speak to a reporter, Damon, who seeks to find out more about the Angel of the Slums. Head inside the Community Center itself now and speak to the old woman by the northern entrance. Mireille will ask you to return to the reporter where she’ll divulge some information on your mysterious target.

She’ll give you some juicy information regarding the Angel’s hideout in Lookout Point but warns of a fiend that’s taken up residence. Before you set off, make sure at least Aerith has access to the Lightning Materia, the higher the rank the better. Take the northern exit out of the Central District and then head east at the first fork followed by northwest at the second. Once the path opens up, continue to follow it east and when you reach one final fork, head southeast once more to finally reach Lookout Point and the Chromogger.

The Chromogger is a Variant version of the Smogger’s you’ve been fighting throughout this chapter already with the addition of the Iron Sphere on one of it’s arms. This is a lot tougher to Stagger than it’s regular counterpart and you’ll be unable to do any physical damage to the Iron Sphere at all. What’s more, it’s stagger gauge will only fill gradually if you hit it directly.

So how do you defeat this fearsome bot you ask? Take control of Aerith, use Arcane Ward and sling Thunder spells at the Iron Sphere, this will in turn drive up the stagger gauge of the Chromogger. Alternatively, if you don’t have that available to you, the Chromogger will gradually stagger after dealing sufficient physical damage to it’s main body but this is a much deadlier course of action. 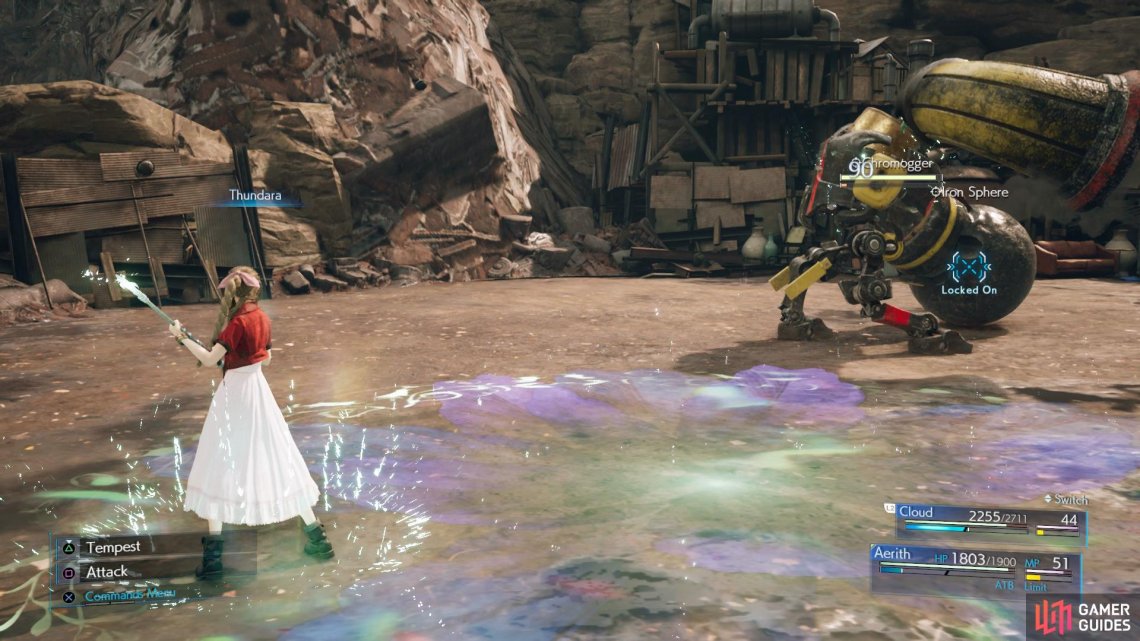 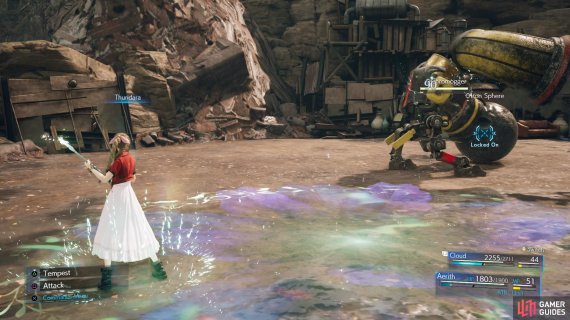 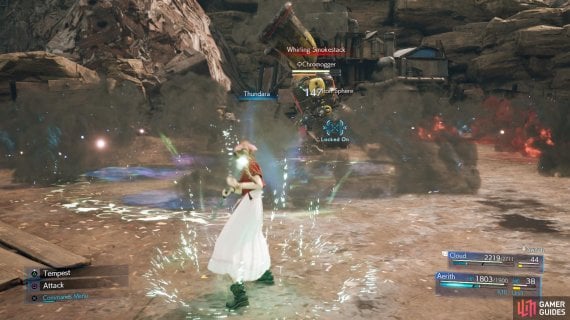 Skull Cracker will deal heavy physical damage to anyone unfortunate to be struck by the massive Iron Sphere while Whirling Smokestack will see it blast out either red or black smoke and the color makes a huge difference. If it’s red, it’ll Silence anyone caught in it’s radius whereas if it’s black, you’ll be stunned if you come into contact with it, as soon as you see the name appear, keep your distance by switching to Aerith and backing off.

Once the Chromogger has been defeated, head over to the nearby table and search for the Guardian Angel’s Calling Cards before returning back to the reporter. Hand over the calling cards along with informing him of the Chromogger’s demise and you’ll complete the Quest, obtaining 2,000 Gil for your troubles.