When you reach Wall Market in Chapter 9 you’ll be able to make a variety of choices that will determine which side quest you unlock later in the chapter (after parting ways with Aerith after the Underground Colosseum). To increase the odds of unlocking this quest, do the following in Wall Market:

If you follow this sequence, you should receive this Quest from Chocobo Sam after completing the quests Burning Thighs and The Party Never Stops. A man of few words, Chocobo Sam will mention rescuing Tifa before referring you the colosseum. Head to the Underground Colosseum, ride down the elevator and talk to the Gatekeeper, who now offers a “Special Match”. 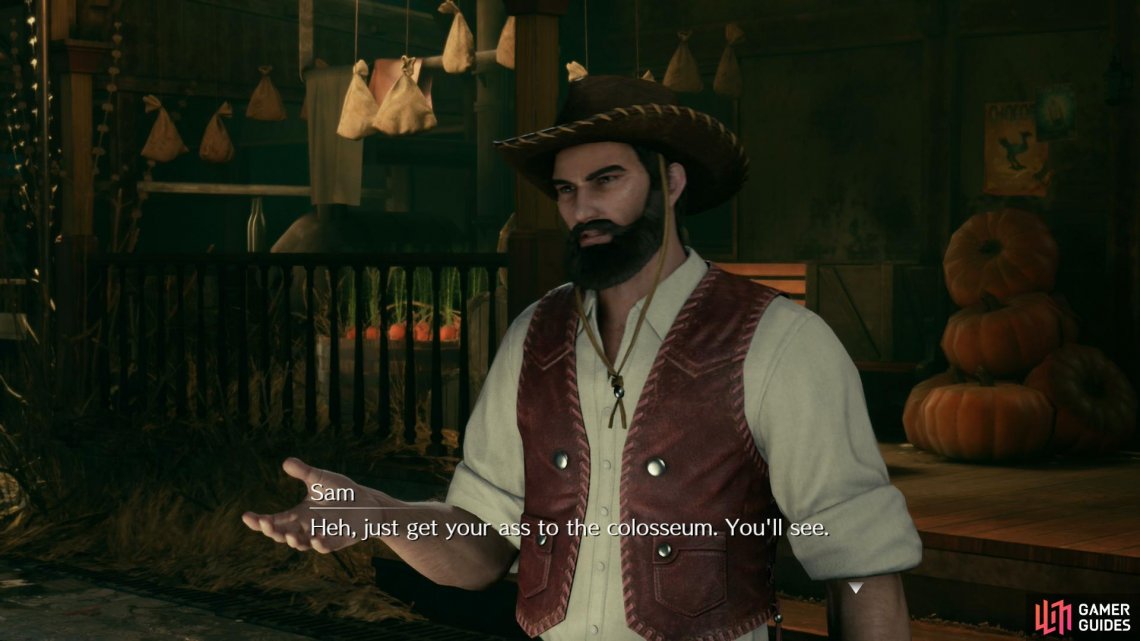 (1 of 3) Talk to Chocobo Sam after completing “Burning Thighs” and “The Party Never Stops” to start this quest.

If you indulge in the “Special Match” - which is this quest’s next and last objective - you’ll have to fight two Bombs. Equip Fire Materia + Elemental Materia on your armor and you should mitigate or negate most of their damage, at which point you can just get Cloud near one of them, switch to Punisher mode, and lay into your target, using Focused Strike to increase Stagger (whether it’s “Pressured” or not), and once Staggered switch to more powerful attacks, like Braver.

Defeat the two Bombs and leave the arena to find Chocobo Sam waiting for you. He’ll give you your cut - the Arcane Scepter - and tell you that from what he’s seen you’re strong enough to rescue Tifa on your own.