Chapter 11 is rather similar to Chapter 10, in many ways… excluding the boss fights. A fairly linear dungeon full of trash mobs, First Strike Materia will help Cloud use “Triple Slash” at the outset of each battle, and will help Aerith use Fire + Magnify. Both serve the same end - to finish fights quickly and with as little fuss as possible. 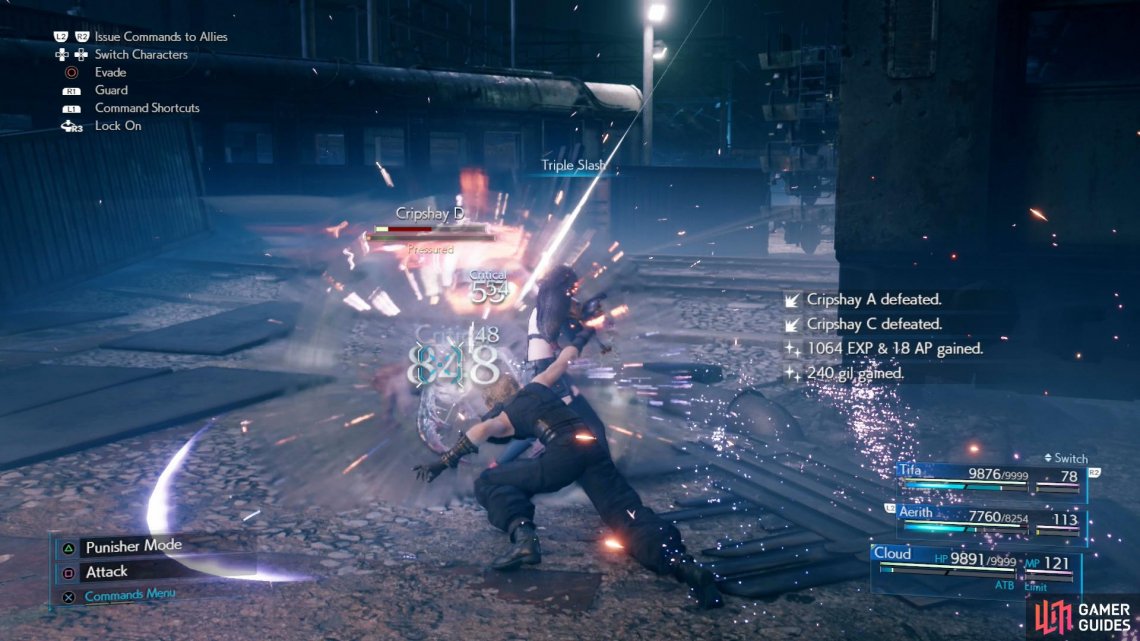 (1 of 4) “Triple Slash” is once again a useful ability to use at the outset of every battle. 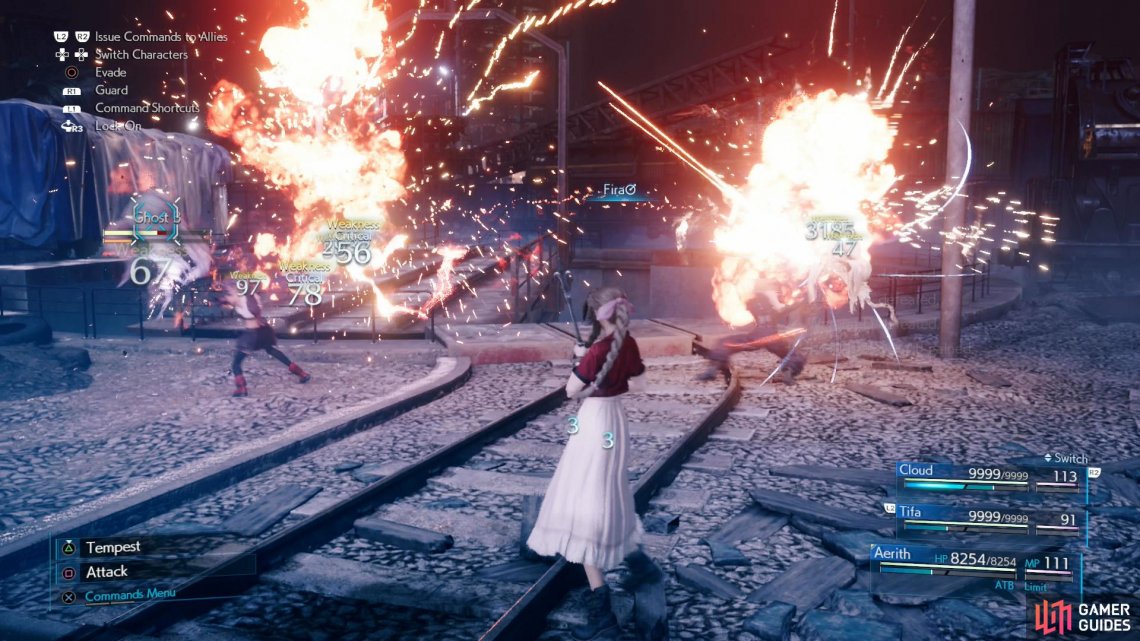 (1 of 2) Start out fights against Ghosts with Fira, 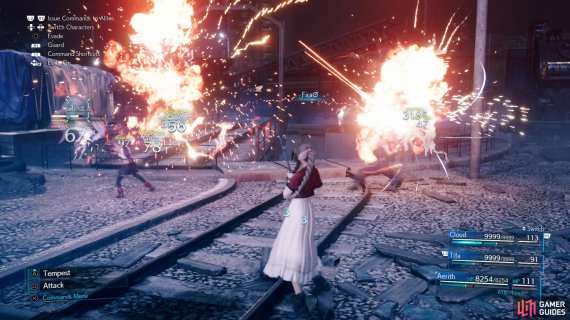 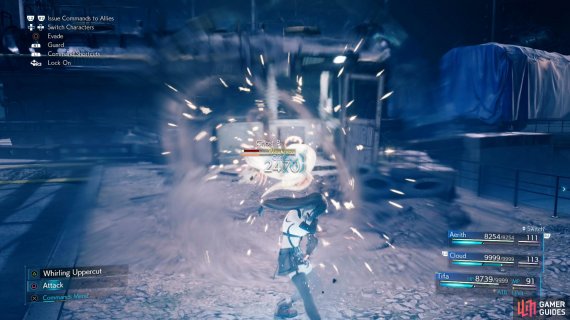 Start out fights against Ghosts with Fira, (left), then finish them off with heavy-damage attacks like “Omnistrike”. (right)