In normal difficulty, chapter three was longer than chapter two, but in hard difficulty you’ll be skipping most of the content. Aside from the story and walking around at the beginning there are only a few encounters you’ll need or want to engage in, which will make this chapter surprisingly short. 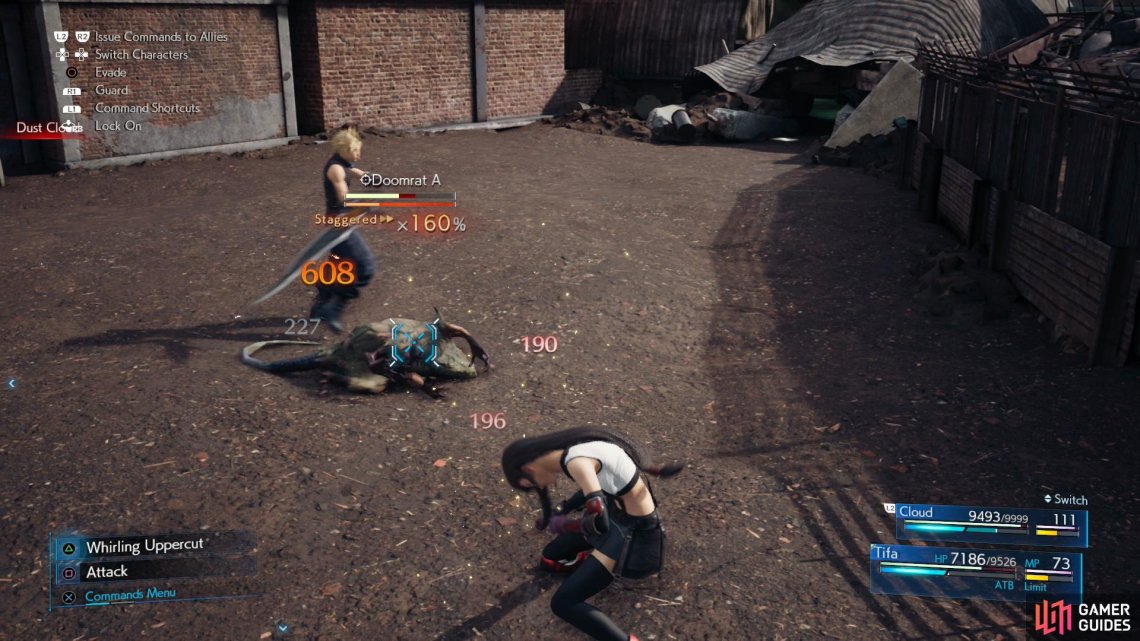 (1 of 2) The Doomrats, while not overly powerful, will interrupt your attacks frequently. 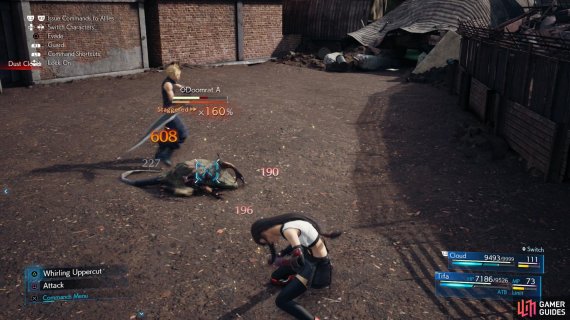 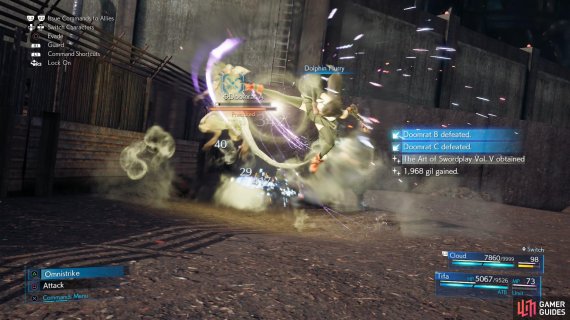 The Doomrats, while not overly powerful, will interrupt your attacks frequently. (left), Defeat them to obtain “The Art of Swordplay Vol. V”. (right) 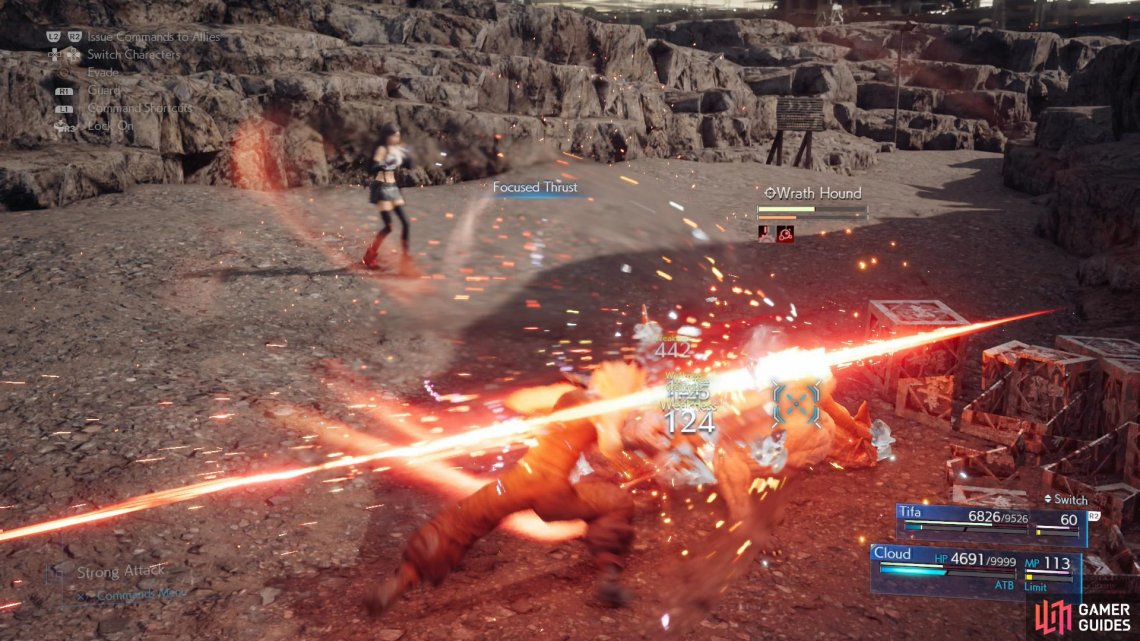 (1 of 3) Use debilitating magic against Wrath Hound to set it up for punishment, 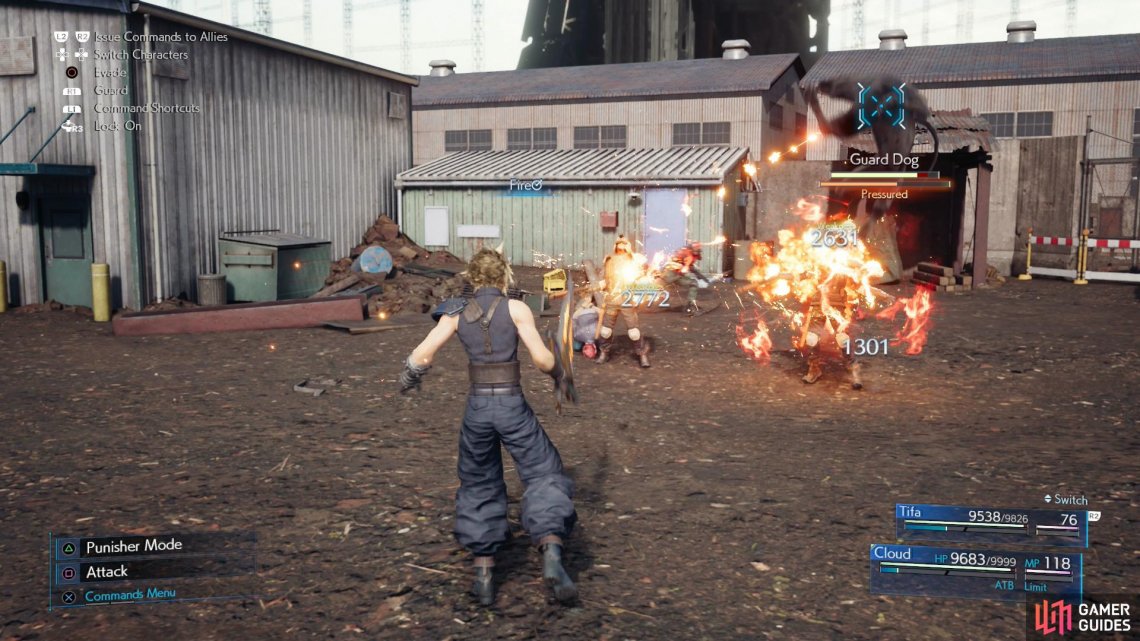 (1 of 2) Fire + Magnify will end the fight with the Shinra troopers quickly, 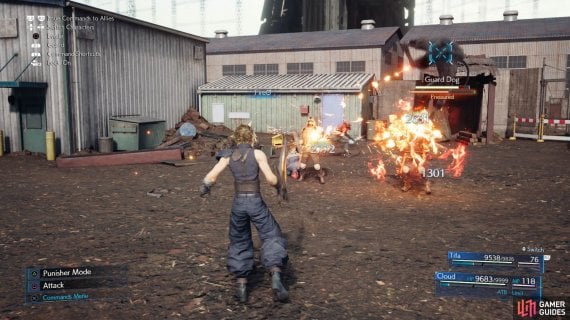 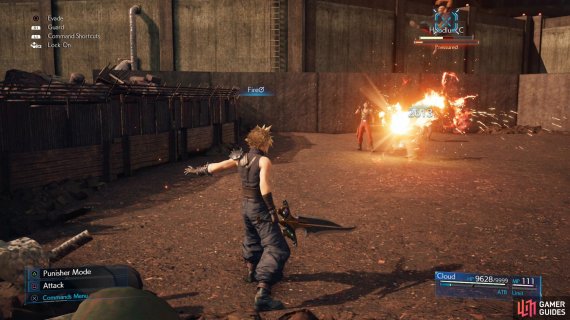 Fire + Magnify will end the fight with the Shinra troopers quickly, (left), and the same tactic - if used preemptively - should also suffice for the Hoodlums. (right)