You’ll pick up this quest in Chapter 8 after helping out the kids with Aerith in Specter St. You’ll then need to make sure you complete the Kids on Patrol Quest shortly after to unlock this one. As one of the children mentioned, they’ll let you take part in one of their games so make your way back to the Hideout.

As you make your way inside, Oates will inform you of another Quest, The Angel of the Slums and then mention that Whack-a-Box is now available. Head to the girl to the north and speak with her to learn about the game and the prizes on offer: 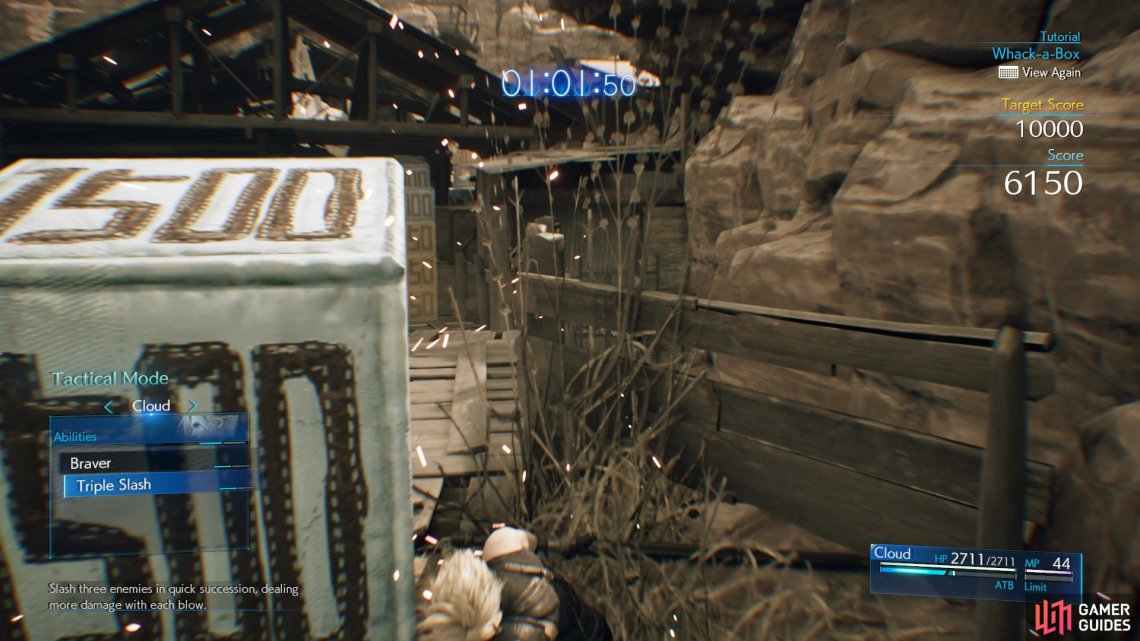 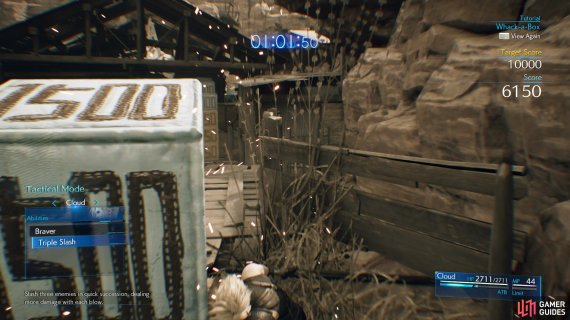 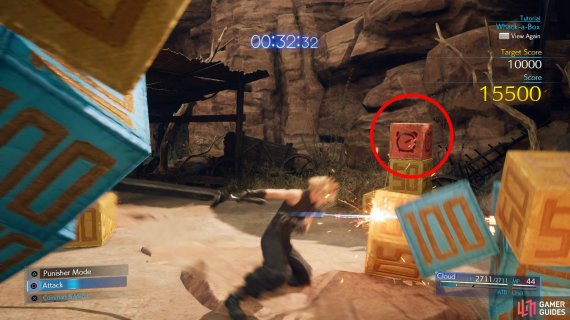 Make use of the Iron Blade’s Triple Slash (left), focus on hitting all of the Time Boxes first. (right)

The game is simple in practice, you’ll be in an area littered with boxes of different shapes and numbers. Destroying a particular box will award you the points with that number however you’ll have a time limit to contend with. For the most part, Whack-a-Box is all about practice makes perfect, you need to get a feel for each of the different boxes but here’s some simple tips to get you started:

For the sake of the Quest, you must first obtain at least 10000 points at which point the Quest will be considered complete.

Tip: You’ll receive a Moogle Medal every time you play this mini-game so you can use it to farm Moogle Medals and purchase all the stock from the nearby Emporium.