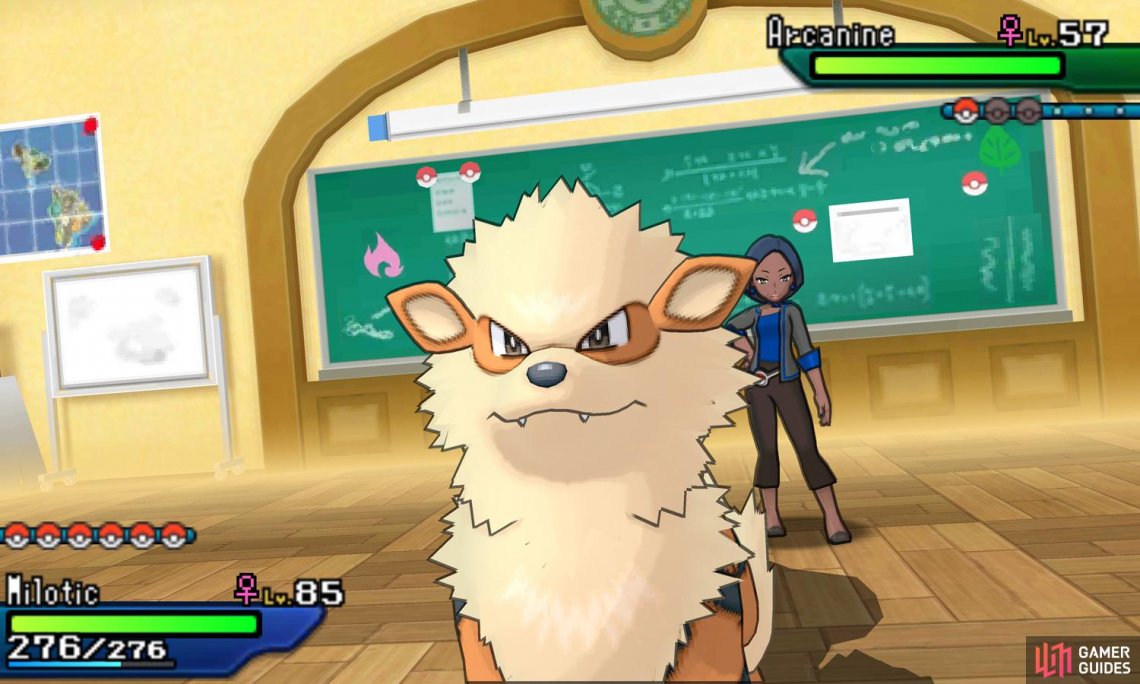 (1 of 2) Today’s lesson: Don’t overuse Intimidate, in case you run into Competitive/Defiant users. 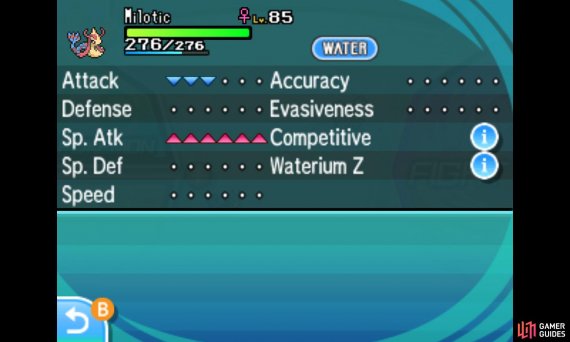 Near the beginning of the game, you had to study at the Trainer’s School for a short while. Although you’re definitely a Pokémon master at this point, there is one more important lesson to learn. First, head to the top floor of the school building and speak to the guy at the end of the corridor. He won’t budge without a fight.

Just by looking at him, you should know that he uses Fighting-types. Primeape is a pure Fighting-type and thus easily dispatched by Flying, Psychic or Fairy-types. Meanwhile Heracross is doubly weak to Flying, and weak to Fire, Psychic and Fairy. Psychics must be mindful of Megahorn though.

Through the door, you’ll meet the principal of the school. She’ll recognize you as the new Champion and doesn’t waste time in laying down the gauntlet.

All three of Asuka’s Pokémon share one thing in common: the Intimidate Ability, which lowers the opponent’s Attack. Therefore, special attackers are recommended for this battle. Or you can send out a Pokémon with the Competitive, Defiant or Contrary Ability for hilarious results.

The tough-looking Granbull is weak to Poison and Steel. Meanwhile Stoutland knows Fire, Thunder and Ice Fang, and can use Retaliate to damage Rock and Steel-types. It’s weak to Fighting-types of course. Finally, Arcanine has Reversal to counter Rock-types, so Water or Ground-types are advised.

Show Asuka what it means to be a Champion and she’ll offer you a King’s Rock in respect of your prowess. If held by a Pokémon, all attacks have a small chance of causing a flinch. It can also be used to evolve Poliwhirl and Slowpoke into their alternate forms if they’re traded while holding it.