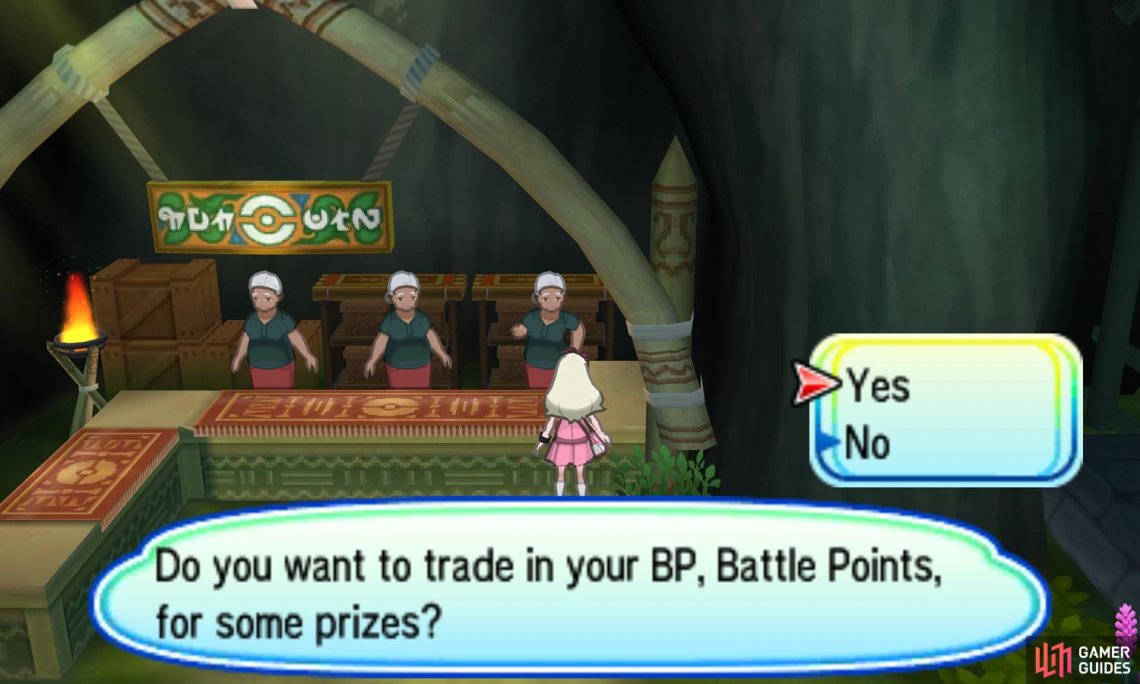 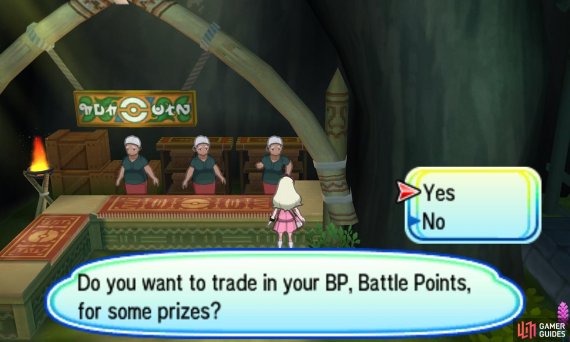 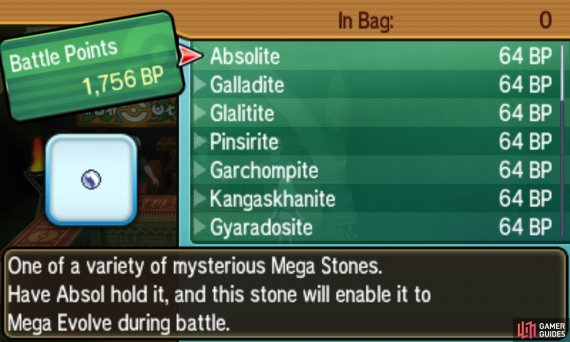 The Mega Stones are mega useful to have. (left), (right)

What is this BP anyways?!

Battle Points (or Beach Points), or BP for short, are a currency you can only earn from the Battle Tree, Battle Royal, and Mantine Surf. There is a shop run by 3 NPCs left of the base of the Battle Tree. This is where you can redeem your BP for prizes. The counters here have some of the best prizes around.

You can get evolution items such as Magmarizer here, but most importantly you can get valuable battle items like Choice Scarf, and virtually all the Mega Stones available in this game (only missing Alakazite, Diancite, and the Kanto Starters’ stones, which are gotten as gifts one way or another).

The shops are absolutely jam packed with goodies and since you can only use BP to get them, and several of them can only be gotten here, you’ll have to be good at the Battle Tree to fill up your bag.

You will also get prizes for getting to a certain win streak number at the Battle Tree. Talk to the receptionist on a daily basis after clearing certain milestones for more prizes!

Starf and Lansat Berries and Ability Capsule are only obtainable by hitting those streak numbers, so if you want those items you’re going to have to try your very best and be a master!

This woman sells rare hold items that evolve certain Pokemon when they’re traded holding one. Aside from very rare hold items or a rare find from fishing at a bubbling spot, almost all of these are either a tedious grind or straight-up impossible to get aside from these booths.

Meanwhile, this woman sells a plethora of hold items designed for use in battle. Unlike the gimmicks at the Battle Royal, many of these items are actually really good. While some, like the Flame Orb, can be gotten for free elsewhere, many of these are only available here. Definitely pick up one of each of the Choice items.

Finally, if you’re looking for Mega Stones, they’re over here. Unlike Sun & Moon, they’re all here, aside from the Kanto stones, the Alakazite, and the Diancite. That’s a lot of BP, so start saving!