After completing Blessed are the Meek? and paying off your bounty to make Strawberry free, you will find a new poster in the sheriff’s office in the town of Strawberry. Apparently, he made a home out of an old mine to the north of town, in the Big Valley, and you will need to bring him in alive. This will be to the west of Mount Shann on your map, so look for the skull icon and mark it with a custom waypoint. The trail will lead you to the cave’s entrance, but Brown is nowhere to be seen, so head inside to investigate. 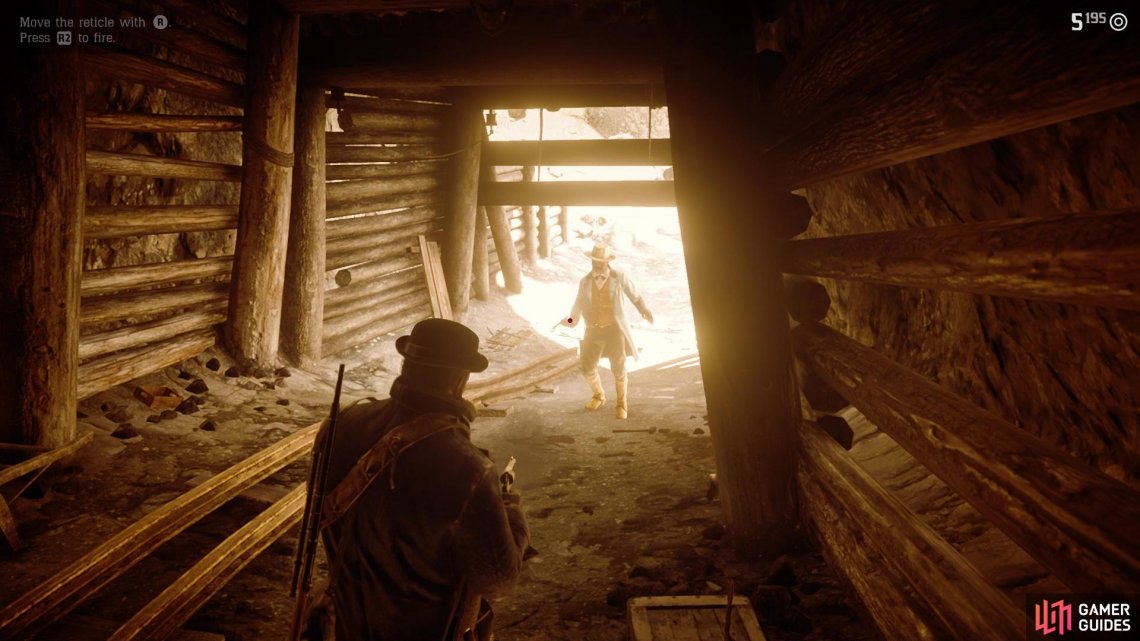 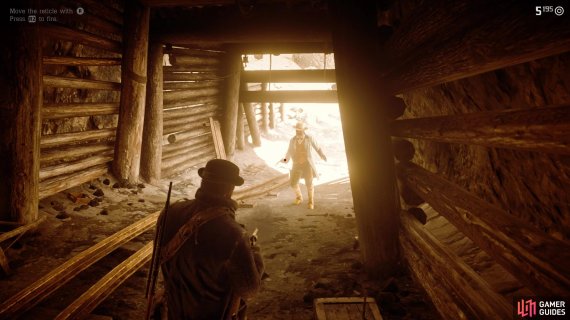 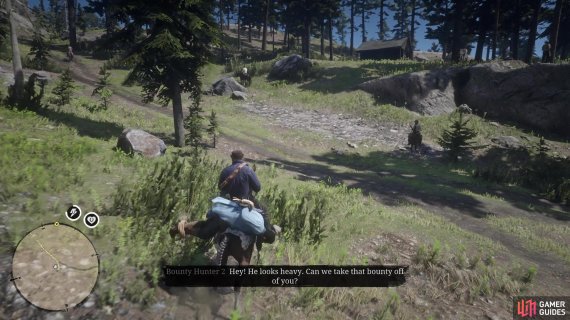 You’ll need to shoot the gun out of his hand (left), Ignore the bounty hunters on the way back to town (right)

This will lead to a little scene, where Brown will get the jump on you. You will have a duel with Joshua, but you need to remember he needs to be brought in alive. So, what you’ll need to do is instigate the duel and shoot the gun out of his hand. However, the problem is that Brown’s a quick shot, so you only have a second or two before he shoots you dead. Another problem is that you have to target his hand, which will be at his left (from your perspective) hip. Once you do this, chase after him and lasso/hogtie him, then place him on your horse. You’ll run into some other bounty hunters on the way back to Strawberry, but you can just ignore them. When you’re returned to the jail, place him in one of the cells, then collect your $40 from the sheriff.