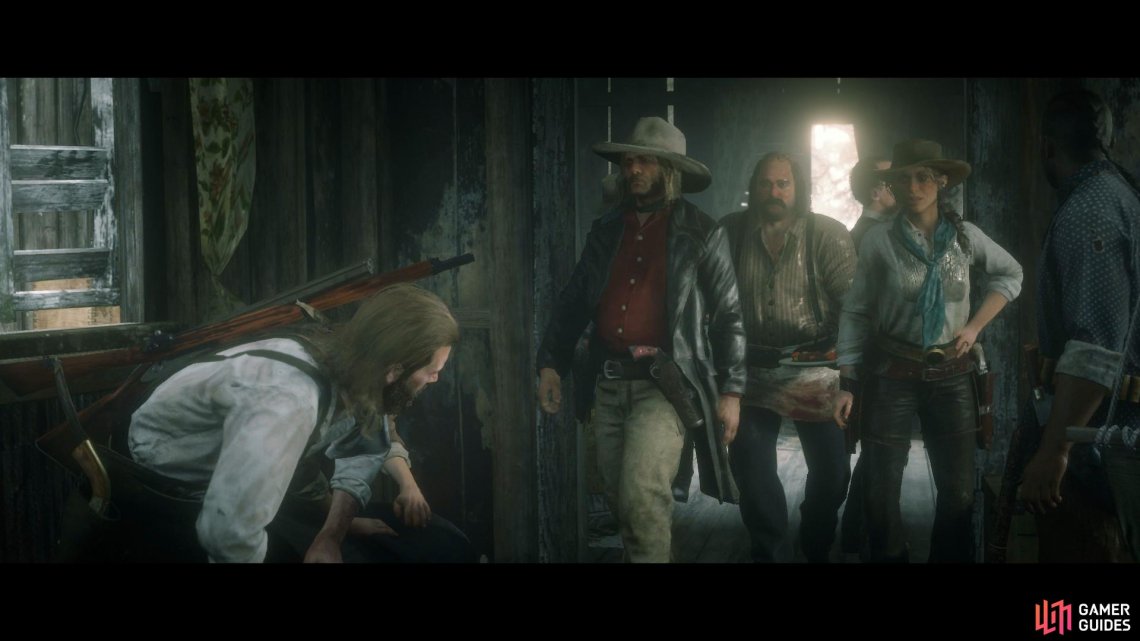 This mission begins immediately following the completion of Dear Uncle Tacitus and you’ll be thrust into a battle with the Pinkertons from the outset. Follow Sadie out the back of the house and then through to the other house via the trap door.

Following the cutscene, you’ll be placed into Dead Eye and you’ll need to score at least two headshots for the Gold Medal. You have more than enough time to tag all of the enemies but make sure the Gatling Gun user is your main priority. After this scene, the shootout begins, take cover and begin shooting back. Note that the accuracy requirement for this mission is only at the end so feel free to aim anywhere so long as you put the Pinkertons down. 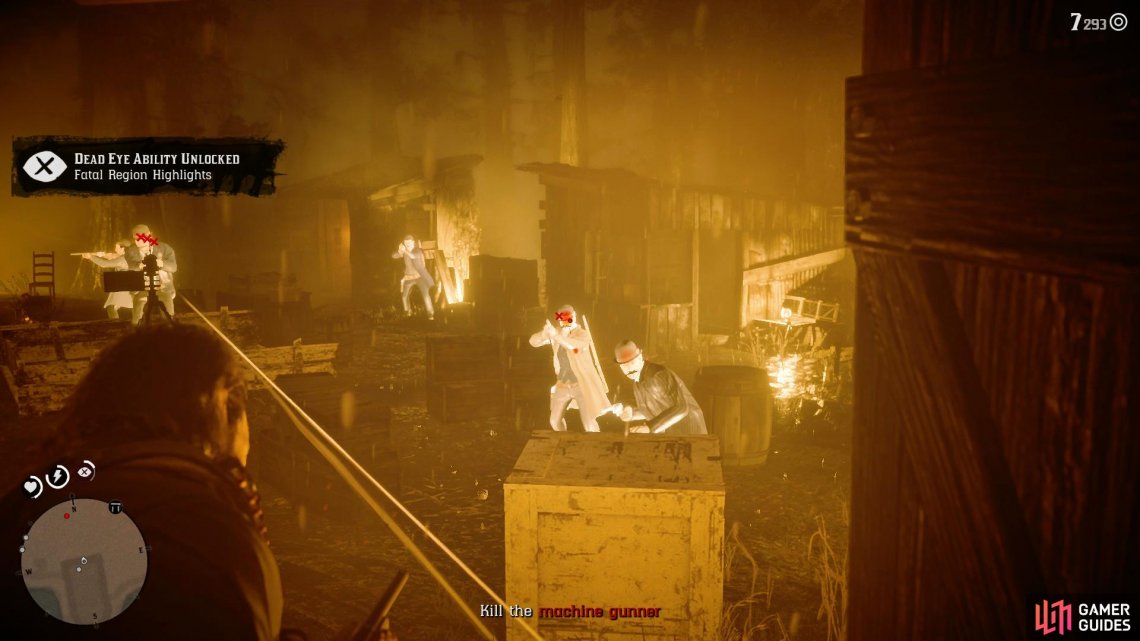 Be sure that the Gatling Gun user is one of the headshots you score in the Dead Eye ambush.

Follow Sadie and Bill north along the area, taking cover where possible and killing the Pinkertons in any way. Remember that you can’t use any health items in this mission and there’s a lot of enemies so be sure to prioritize Arthur’s safety. Once you take out the Pinkerton’s hiding out in the trees, Sadie will tell Arthur to jump onto the Gatling Gun and this is where the Gold Medal gets tricky. 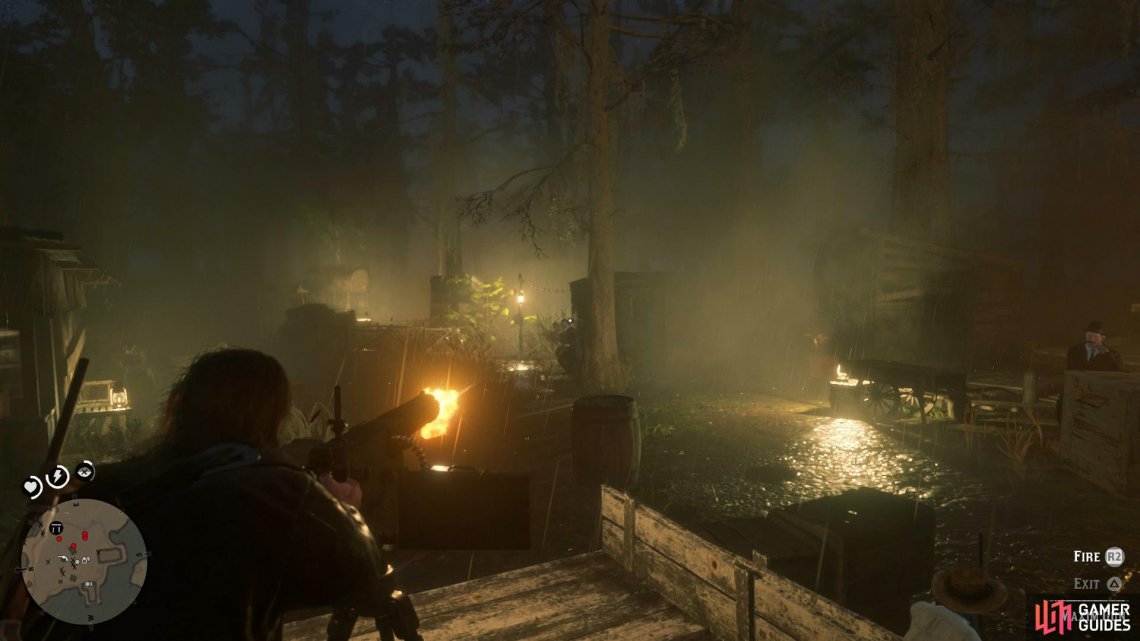 (1 of 2) Aim for headshots while on the Gatling Gun 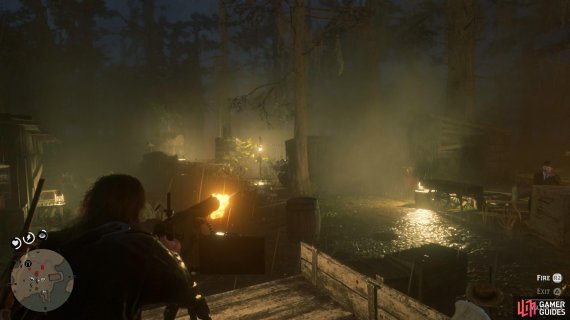 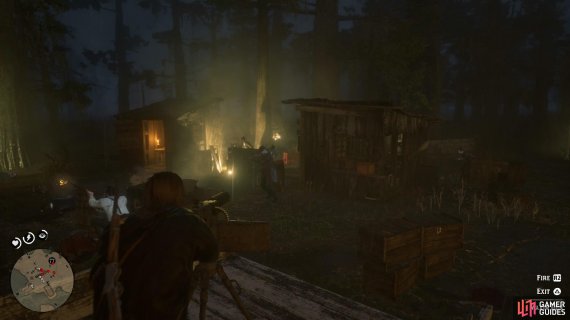 Aim for headshots while on the Gatling Gun (left), make use of the radar to spot where enemies are attacking from. (right)

You’ll need to ensure you score at least five headshots while on the Gatling Gun but also maintain 70% accuracy. It’s incredibly easy to get carried away with the Gatling Gun and just hold your finger on the trigger. Instead, only fire it in short bursts and try to target the head to explode them in a gory mess. You’ll face off against Pinkertons both in front of you and to the left so pay attention to the rader and Sadie and Bill’s shouts to locate them. Although you may be tempted to shoot the red canisters, ignore them as it will only go against your accuracy.