After completing The Joys of Civilization in Chapter 4, you will find two brothers arguing in front of the General Store in Valentine. It appears they’re trying to win the heart of some woman and decide to show some bravado by having you shoot bottles off of their head. Follow them to the back of the building, where each one will place a large bottle on their head. Aim very carefully, as you don’t want to kill them, and shoot each bottle. They’ll go for a second round, this time with smaller bottles, which isn’t any more difficult. The last round will have them standing on one leg, making things harder because they are moving a bit, but you can try using Dead Eye here if you are having a tough time aiming. After agreeing to their little game, you’ll get paid a measly sum and be finished with this part of the mission.

Upon resting for two days, you will find that the brothers are at it again, this time behind the saloon in Valentine. Their bickering at each other continues and like before, they wish to include you to help solve the feud between them. This time, though, they want you to punch them, which seems innocent enough. You’ll start by punching them in the jaw, so just walk up to each one and press the designated button to do this. The second punch will be to the gut and the third hit will be a kick to the nether-regions. Once you do all three to both brothers, this part will be over. 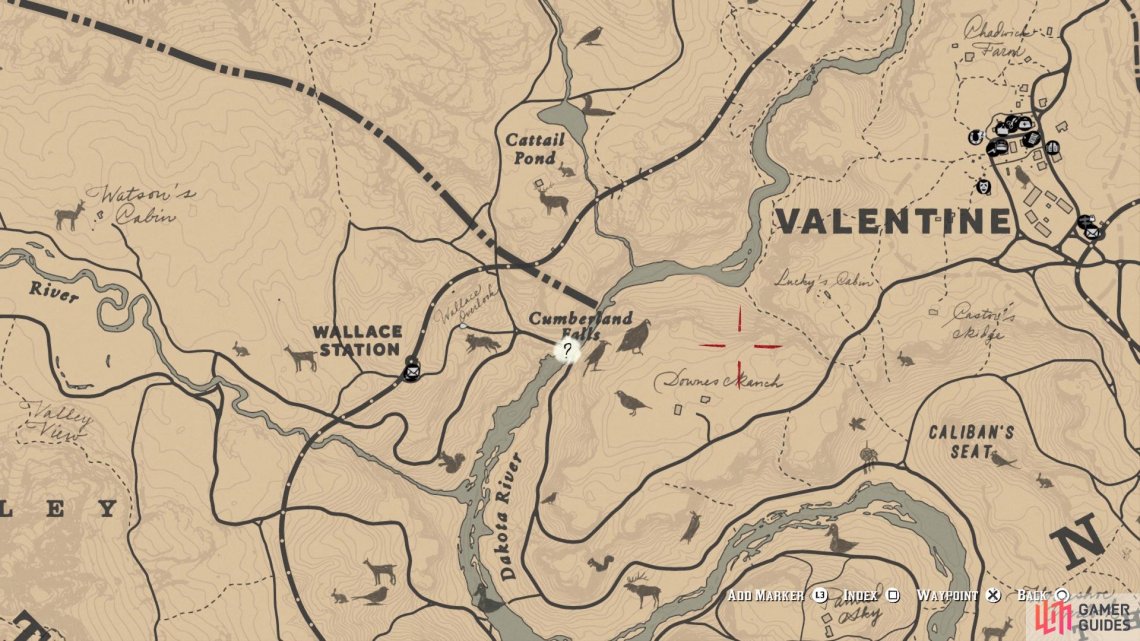 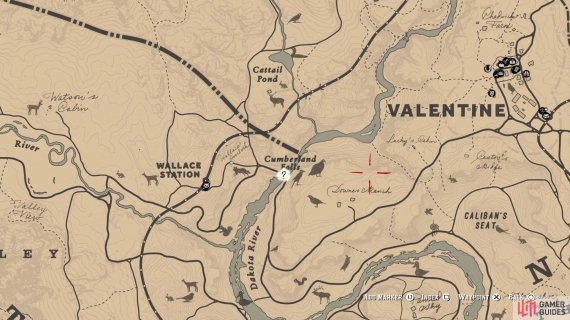 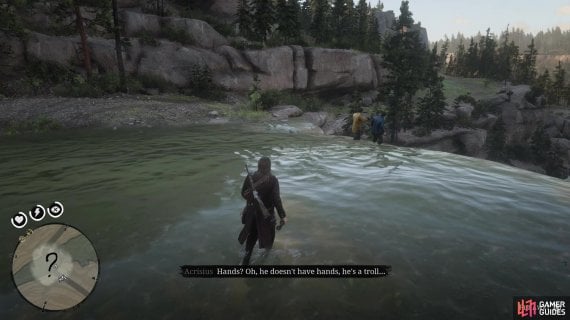 The location of the brothers for the final part of the mission (left), Approach the brothers standing at the top of the falls to begin (right)

Once again, rest a solid two days or so and start heading for the final destination, which is going to be Cumberland Falls. This is west and a little south of Valentine on the map and you’re looking for the top of the falls, which is just under the name of the falls on your map. You know they’re there when you get close and see the familiar “?” marker on your map. Helen will be on the shore, while the brothers will be at the top of the falls; approach the pair to finally begin this final part.

To prove themselves to Helen, they plan to throw their bodies over the falls while riding in a barrel. After stuffing themselves inside, you will see the button prompt in the lower right corner of the screen to push the barrels. Go ahead and do that, watching them plummet over the falls. Worried about their safety, you and Helen go to check on them, so follow the trail west and south until you can get to the marked spot on your map. You’ll find the pair washed up on the shoreline, where they’ll question what they’ve been doing this whole time, walking off on their own and leaving Helen behind, bringing an end to this mission.