You can begin this mission sometime during Chapter 3, but it may differ in your game, depending on random circumstances. Just keep doing main missions and returning close to Rhodes until you see the familiar white circle close to the post office, which is what will tell you that this mission is available. There is a set of four benches in a little area just northeast of the post office, where you will find an older gentleman laying on one of said benches. Jeremiah Compson, the stranger’s name, has pretty much had everything taken from him, including his house.

He wants a few personal mementos back, including his watch, old pistol and his ledger. You will find his house north of Scarlett Meadows, in between the “E” and “M” of Lemoyne on the map. When you finally arrive, try to go through the front door, only to find it is locked. Head around to the back to find a door that allows entry. The Antique Pocket Watch will be above the fireplace of the first large room. The other two items will take a little more searching. Continue exploring the house until you reach the other large room, where it’s obvious there is a hidden hatch on the floor. 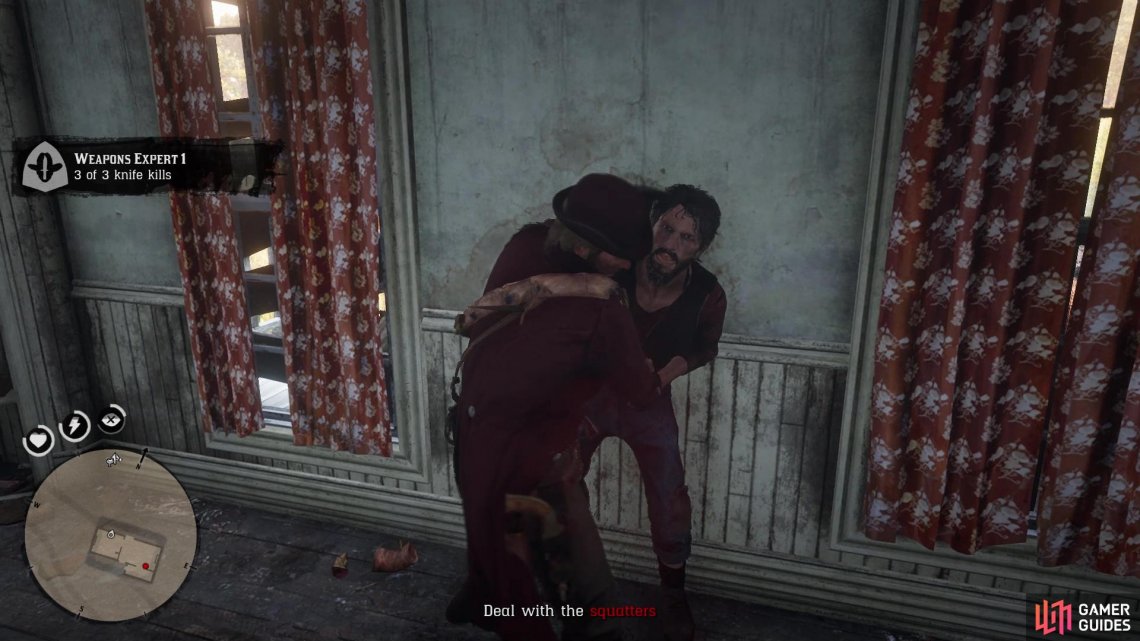 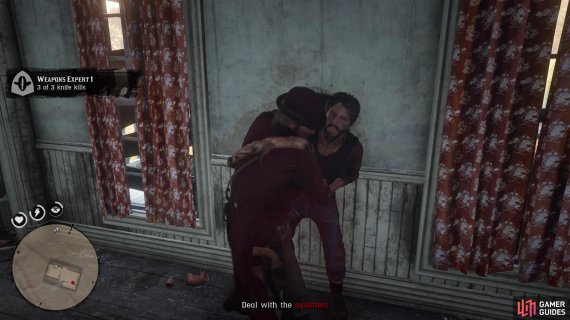 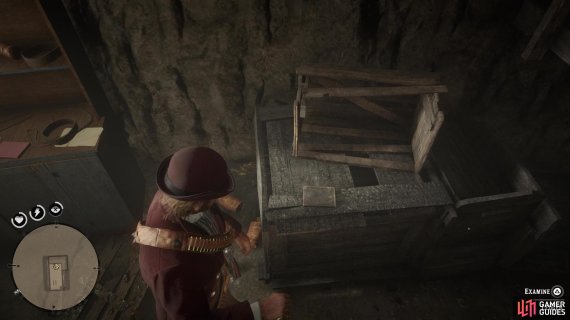 The squatters can easily be taken out with your own knife (left), The ledger will be on top of a box in the basement (right)

However, you can’t open it right now, so head to the fireplace in this room and check out the picture above it. As you’re looking at it, two squatters will show up behind you, one of which is carrying the gun you need. Luckily, it doesn’t fire, but the squatters will brandish knives, so take them out however you want. Pick up Compson’s Pistol, knowing you might have to move the body of the squatter who had it, in case he might be on top of it. The last item, the ledger, will be in the basement, underneath the trapdoor.

Open it up, head downstairs and grab the Ledger on top of the boxes in the one corner. Hmm, it turns out that Mr. Compson was a slaver and this ledger points out all of the people that were his slaves. Exit the house with all three items, heading southeast of the house, to a makeshift camp where Compson will be his usual self. You’ll “hand” over the items to Jeremiah, bringing this mission to a close. Note that if you actually kill him after completing the mission, you will gain Honor, but that’s entirely up to you.