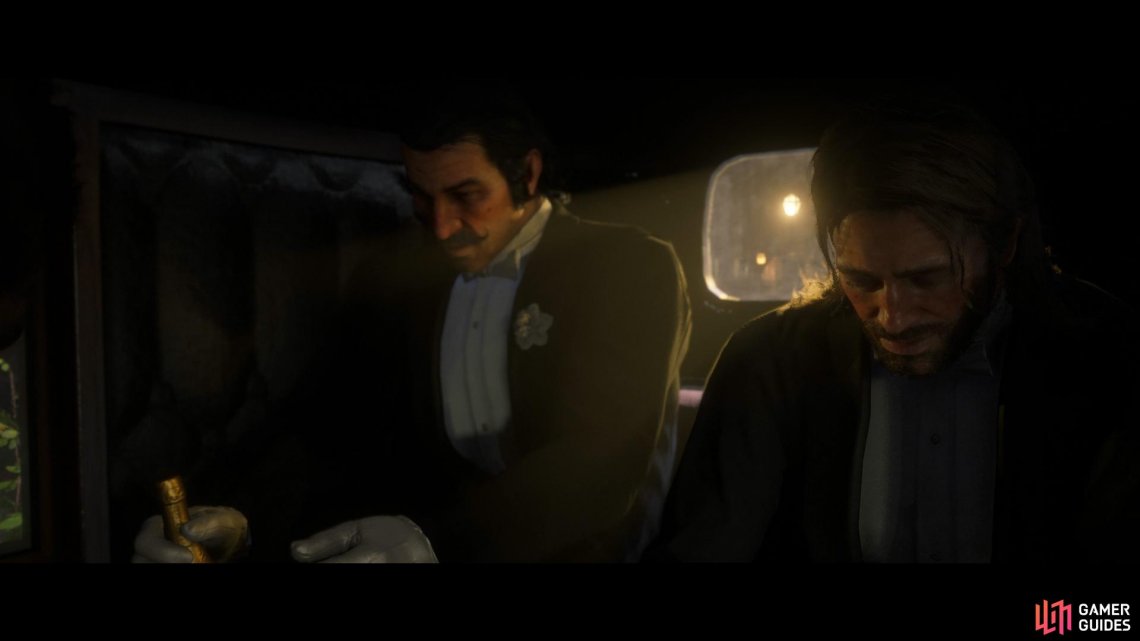 Speak to Hosea in camp to begin the mission as Dutch, Hosea, Arthur and Bill attend the Mayor’s party. When you gain control, head inside and up the stairs to meet with Bronte before heading out to the party yourself.

The Gold Medal is designed all around this next section, you’ll have a short time limit (Algernon will move after a certain amount of time) to perform four tasks at the party before meeting the Mayor in the center. Head down the right stairs, go over to the three women standing near the table and offer to pour them some drinks. Turn to the left from here to see the band playing with a woman in a rather extravagant hat. Wait for the other woman to walk away and then compliment her on her headpiece. 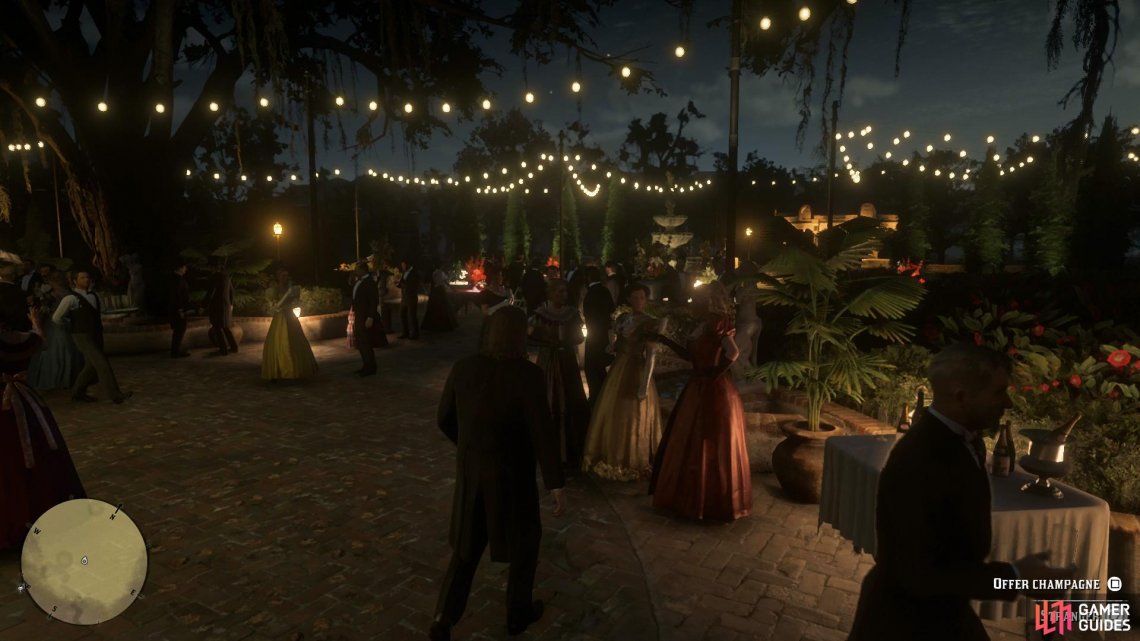 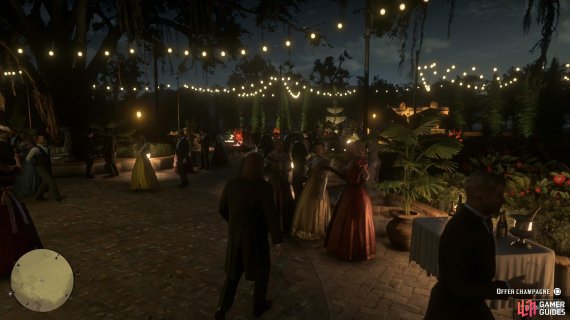 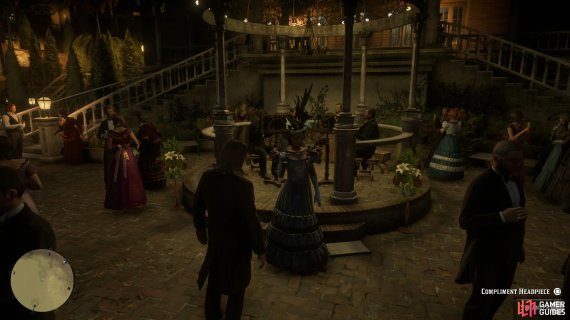 Take the right stairs down and pour a drink for the three women (left), turn left to spot the woman with the headpiece. (right)

Continue moving down to the west to find a man with a top hat near the table grabbing a bite to eat. As he chokes on the nut, head over to him and help him as the man introduces himself as Algernon Wasp and hands over his business card. This unlocks a Stranger Mission in Saint Denis following this mission. Finally, head to where the women were that you poured the drinks and walk forward to find two men standing on the left discussing the theater. Once the conversation is over, accept the ticket before finally moving on to meet the Mayor himself. 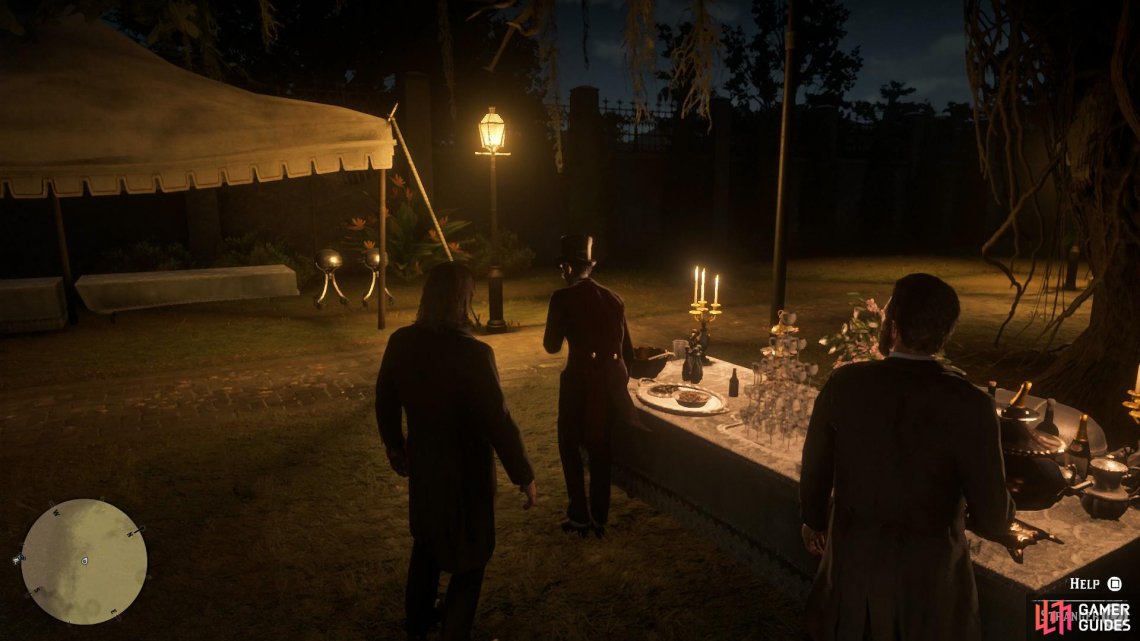 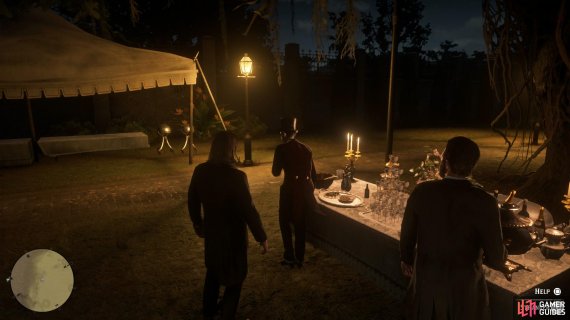 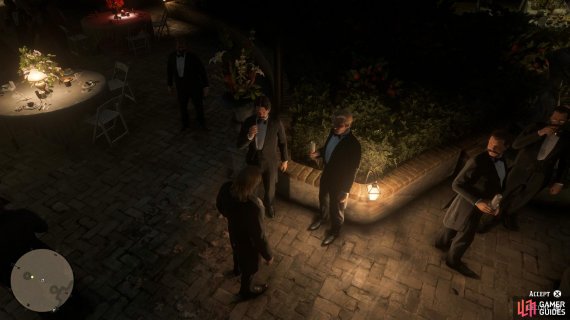 To the far left is the man that needs saving (left), while the gift to accept is just south of the Mayor. (right)

Escort the drunken man to the marker and then return to the Mayor once more. Following the next cutscene, you’ll need to tail the servant so keep a safe distance as you tail him to the house. You’ll want to stand at the bottom of the stairs leading to the house as he talks to someone. Once he enters the house itself, take cover by the door outside and wait for him to move to the room to the right. Again, take cover by a nearby wall and he’ll begin heading upstairs, follow behind him but don’t go around the corner at the top of the stairs. Wait for him to open the door, lock the drawer and walk away before you head to the drawer and retrieve the ledger. Simply return to Dutch to and follow the onscreen instructions to bring the mission to a close. 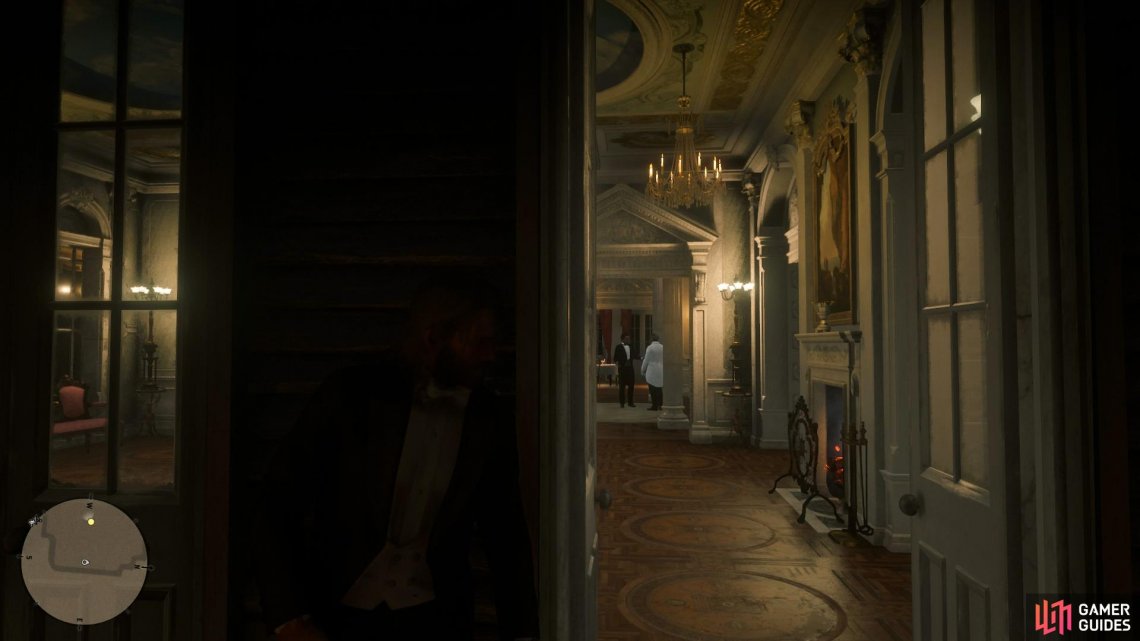 Keep your distance when following the servant.