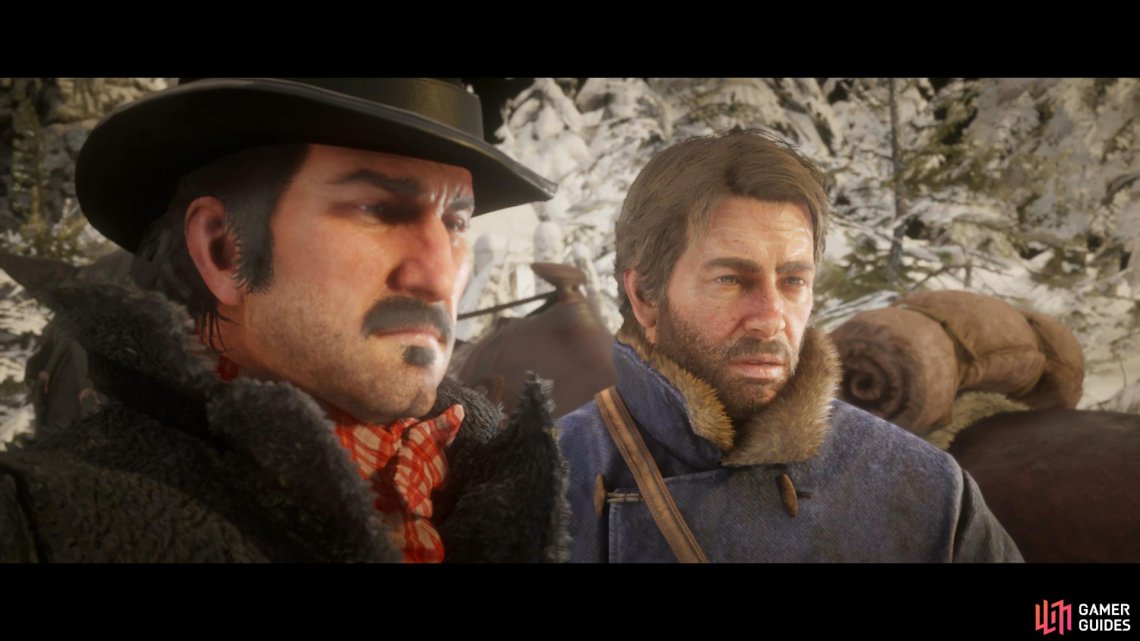 As you may see from the checklist above, there are many objectives to complete in order to obtain the Gold Medal for this mission. You’ll need to be good at nailing headshots and with quick at dispatching enemies in general. Don’t be afraid to return to this mission later once you’re more familiar with the game’s mechanics.

Ride with Dutch and the gang to the railway site to meet up with Bill, taking note of Dutch’s orders to give Bill a hand. Opt to run rather than take the horse to increase your Stamina Core in the process. Grab the spool and take the wire over to the nearby detonator before returning to Dutch to begin the robbery.

As the detonator fails, you’ll need to take extreme measures and dart behind you to the edge of the cliff, leaping onto the train as it passes underneath. Quickly go to Lenny’s aid and pull him up by pressing the [X]/[A] button if you wish to obtain that Gold Medal and then enter the next train cart. Ignore the loot for now, you can come back for it later and instead head over to Lenny and choose to take the lead yourself. You can now sneak up to the barrel in front of you and perform your first headshot. 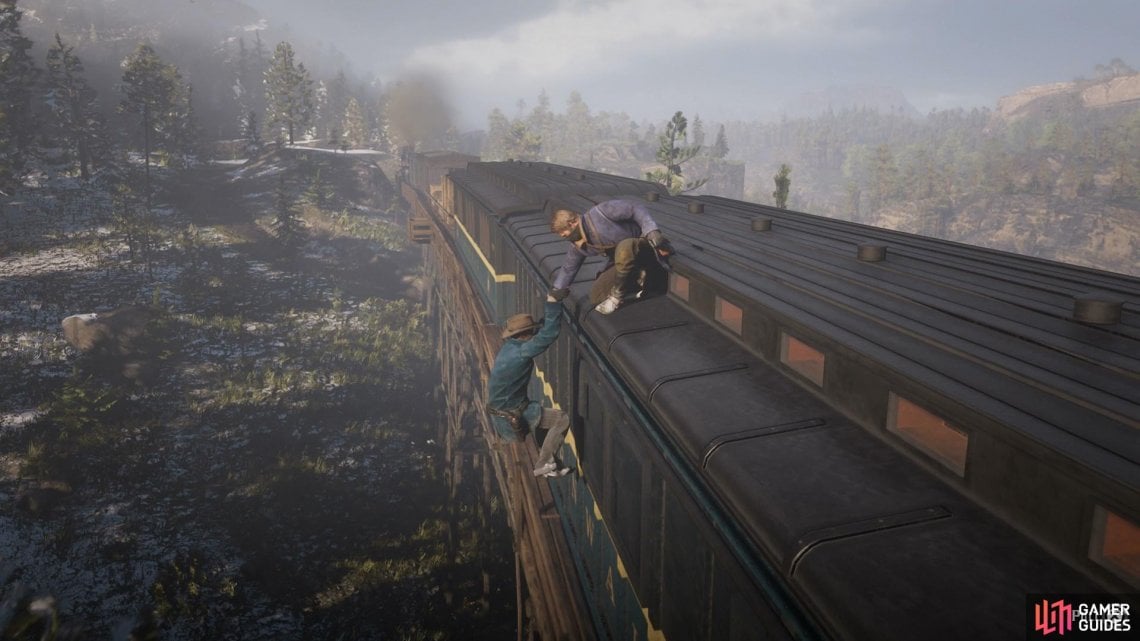 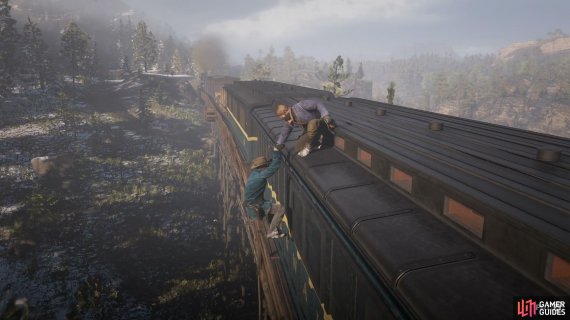 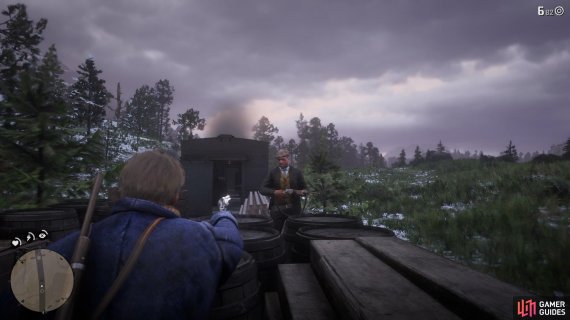 Pull Lenny up before he falls (left), take the lead to nail an easy headshot. (right)

You’ll now need to make your way to the front of the train while attempting headshots, there’s no time limit here so prioritize headshots and keeping yourself from harm, you can’t use any health items if you want that Gold Medal. As you reach the front, you’ll have to release yourself from the Engineer’s grapple by pressing the [Circle]/[B] button and then hit the lever to bring the train to a stop.

The shootout will now begin and its important that you’re not hit once during it. Keep to cover at all times and use Dead Eye to score some important headshots. You have a time limit of 1 minute 30 seconds here to dispatch all of the guards so try to be quick and methodical with your kills, it helps if you still have a full Dead Eye meter going into the battle. Continue to move forward into the cover as you take the guards out, paying special attention to those that shoot from the top of the train. Dutch and the rest of the gang will catch up once you reach the middle of the train, keep to the cover and use the commotion to help score the final headshots you may need. 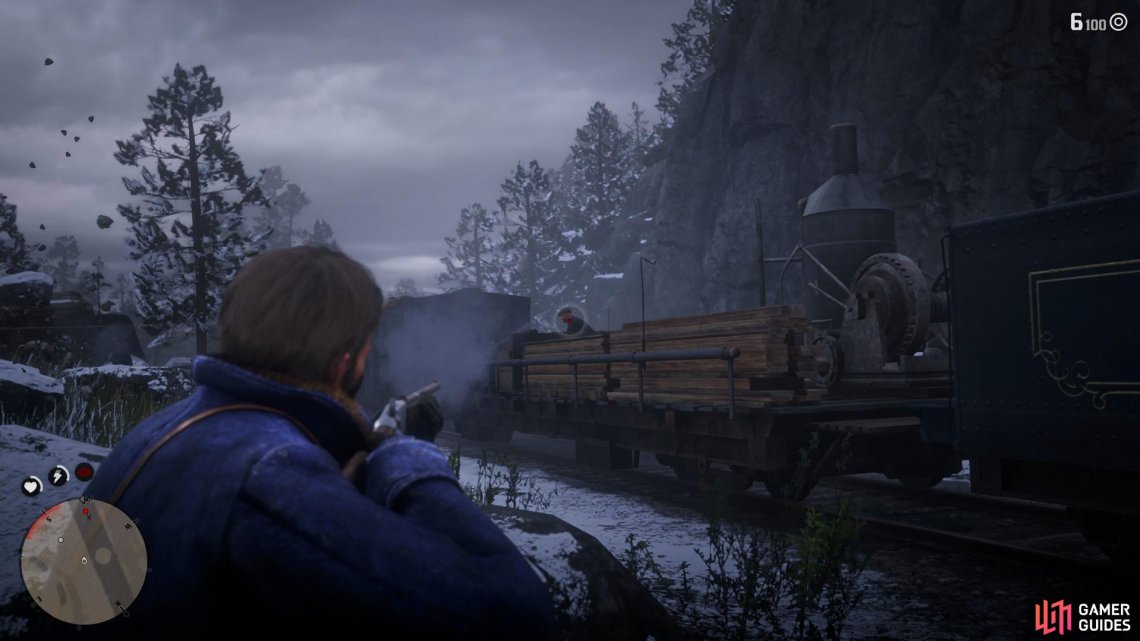 (1 of 2) Pay attention to the guards on the train 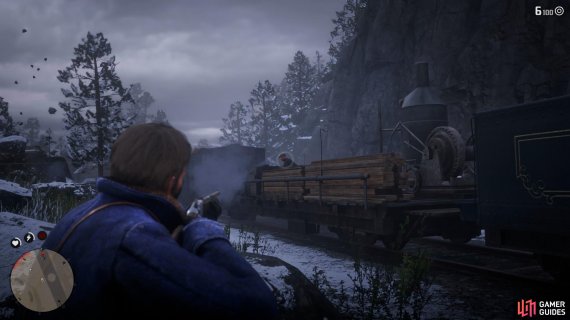 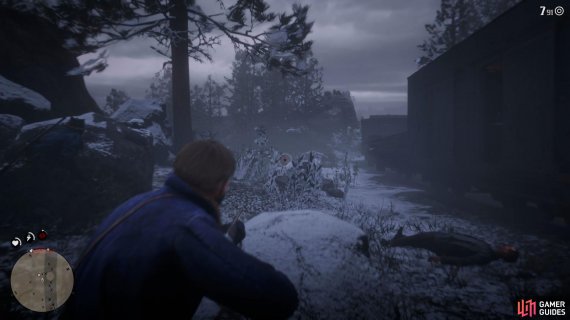 Pay attention to the guards on the train (left), the rest of the gang rides in once you pass this tree. (right)

With the battle over, press the [R2]/[RT] button to shoot without aiming to scare the passengers in the back cart. Grab the dynamite and attach it to the cart, taking care to get away once you light it. Enter the cart and begin looting everything that isn’t nailed down with your primary objective being the shelf to the right at the back of the cart. You’ll find a lock box full of Bearer Bonds and then when you’re done looting the cart, head back outside to hand them over to Dutch. 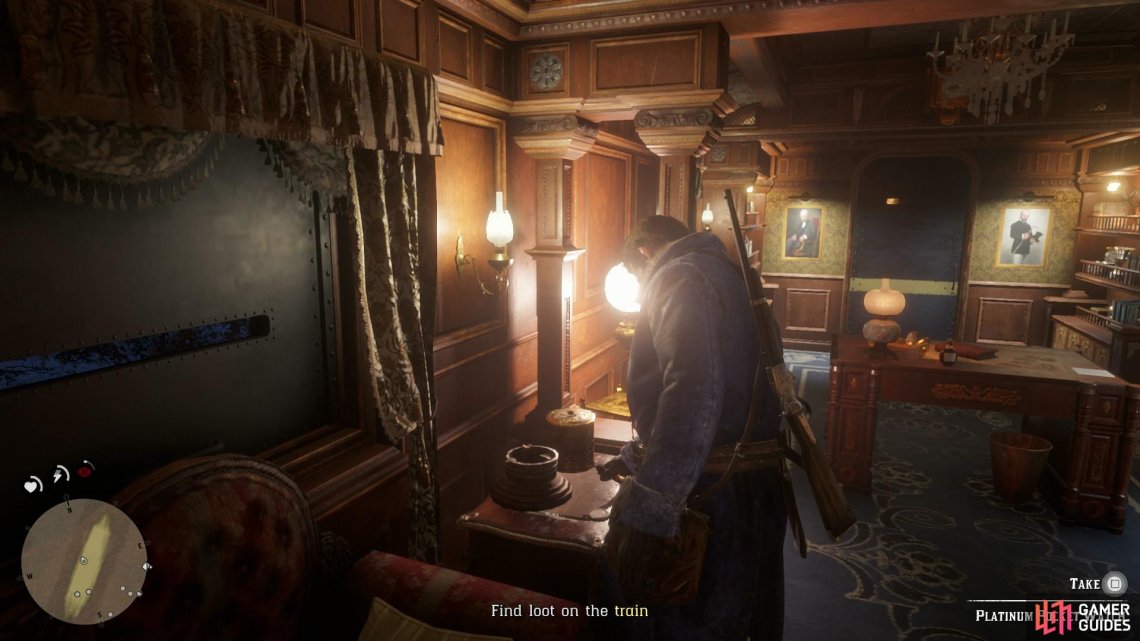 (1 of 2) Loot everything in this cart 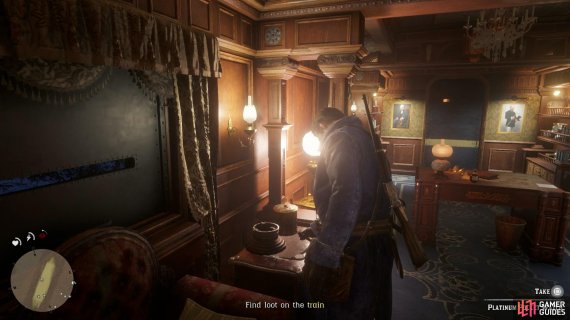 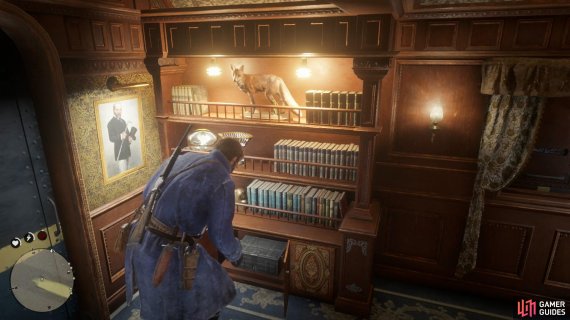 Loot everything in this cart (left), the real prize is in the lock box found here. (right)

The final decision is left to you when it comes to dealing with the remaining guards, allow them to return to the cart and make your way back to the front of the train. This is a good opportunity to loot the carriages of all their worth before hitting the lever to get the train running again and completing the mission.