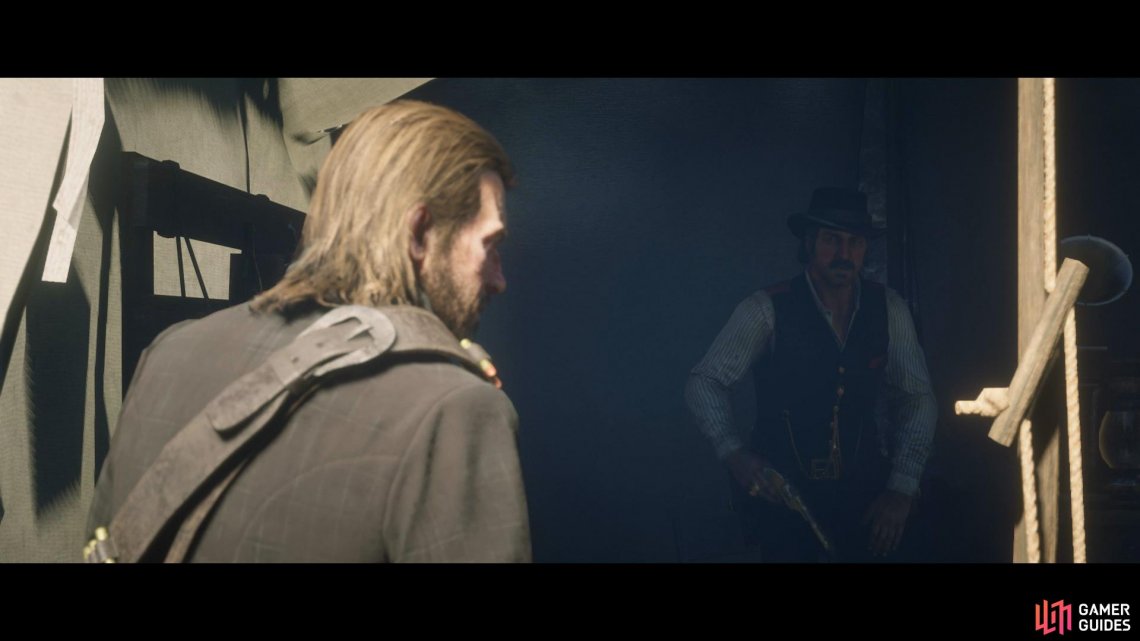 Starting this mission is the point of no return as far as the main story is concerned. Starting this mission begins a series of missions and you won’t be able to roam the world again until the Epilogue begins. If you’ve yet to complete The Course of True Love IV&V and Do Not Seek Absolution then this is your last chance.

Head back to Beaver Hollow and speak to Dutch to get the final Story Missions underway. The gang are to complete one last job before making their way on the river boat to New York. Seeing as one of the objectives is to complete within 11 minutes, you’ll have to skip the many cinematics during this mission, as such consider going for the Gold Medal on a replay.

Quickly gallop up to the side of the train and jump onto it from the right side when you get the chance. You’ll now have to fight your way through the train to the front, all while maintaining at least 80% accuracy. You’ll need to be quick however, you won’t have time to sit behind cover so you’ll need to be methodical with your kills. The shotgun is useful for this, most of your encounters are in close quarters. Prioritize the enemies that are on top of the train first before going for the other ones closer to your position. You can’t afford many misses if you wish to keep your accuracy above 80% so don’t shoot unless you’re sure you’ll hit the enemy. 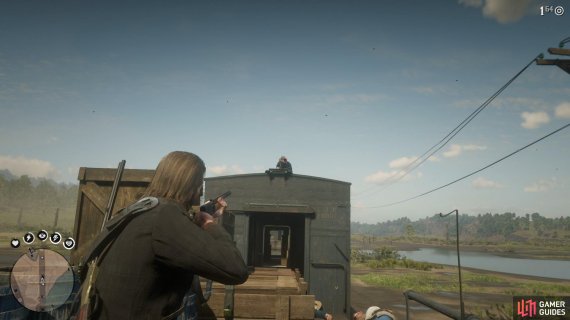 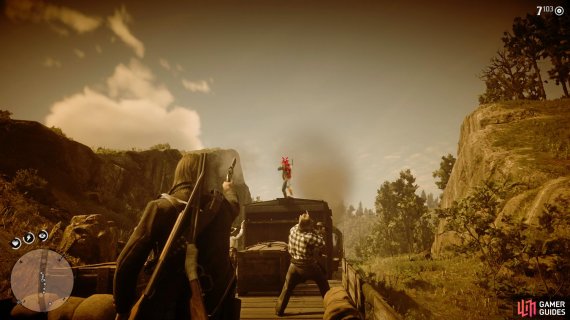 Take care of the enemies on top of the train first (left), be sure to score a headshot during the Dead Eye sequence. (right)

Once the train catches on fire, head to the side of the train and wait for Dutch to ride up before jumping onto it. He’ll take you up to the next carriage and as John goes to uncouple the carriages, he’s knocked off. You’ll enter Dead Eye at this point, take aim at the enemy’s head and pull the trigger.

At this point, you’ll be manning the Gatling gun as you’re being pursued by mounted enemies. You won’t need to worry about accuracy at this point, the Gold Medal objective only applied to the first section of this mission so keep the trigger held down as you begin mowing down your pursuers. You’ll be attacked from both the left and right sides as well as behind the train so keep your eyes on the radar to spot where the next enemy will come from. 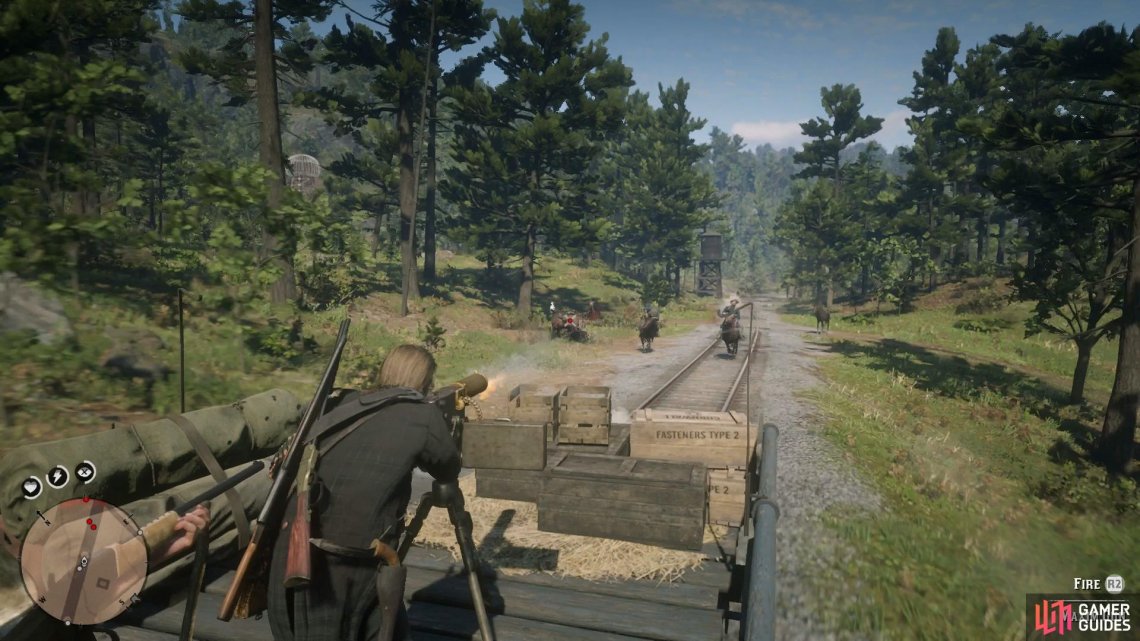 Accuracy goes out the window here, mow the enemy down!

Once the last enemy falls, head up to the carriage and pull out the dynamite from earlier, placing and then igniting it to create an opening. Following this cutscene, all that’s left to do is jump from the train before it topples over the bridge to end the mission and begin the final story mission.