This bounty becomes available after finishing Good, Honest, Snake Oil in Chapter 2. You will find the poster located in the sheriff’s office in Saint Denis, which is in the southeastern corner of the map; the office is on the western side of the town. Lindsey can be brought in dead or alive, with the only difference in the reward being some Honor if you bring him back alive (the money is the same). Make sure you have some decent weapons and health/Dead Eye-restoring items ready, too, as you will be killing quite a few enemies to get to Lindsey.

So, where is Lindsey Wofford to be found? If you find the Van Horn Trading Post on your map (along the eastern coast), then look southwest of there for a larger building on the map, close to where Kamassa River is marked. This is Fort Brennand and while there’s not much of a fort left, that’s where Lindsey and his men are holed up for now. Once you make it to the fort, you will not see anyone inside from the outside, so head inside to have Lindsey and his men spawn.

The first thing you should do is take cover and note that Lindsey’s icon on the map is special, so you should know where he generally is at all times. The second thing is that there’s a gatling gun on the upper level and one of the enemies (not Lindsey) will take control of it, so get him off of it as soon as possible. Other than the Honor boost, it doesn’t matter whether you take Lindsey in dead or alive, but this is the moment you should decide. His men don’t matter, so shoot them all to have less annoyances in your way. 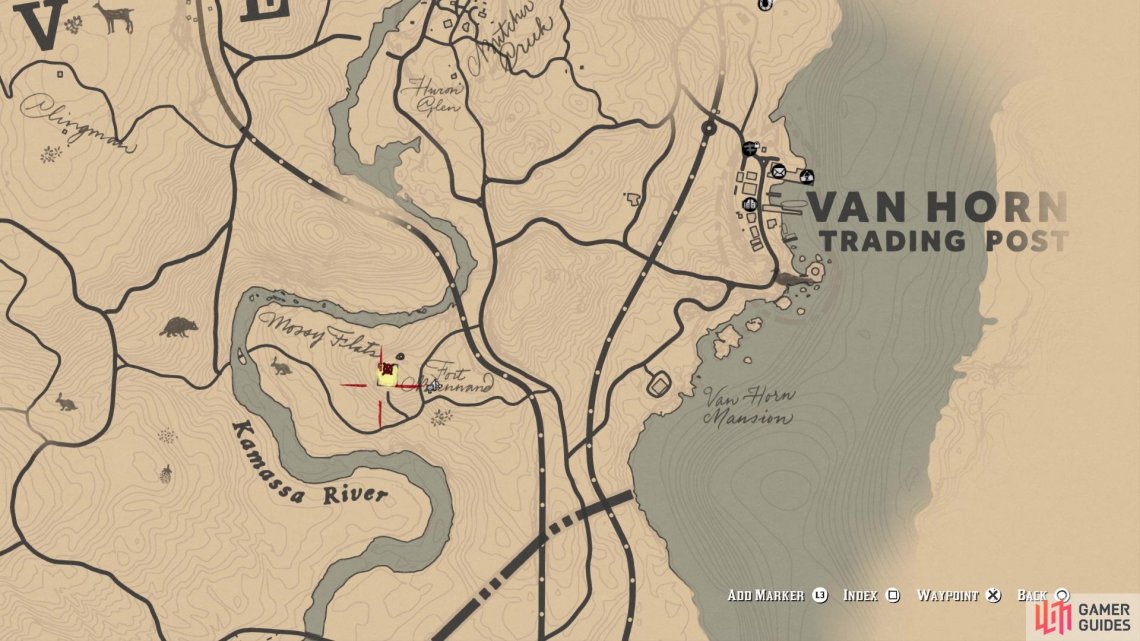 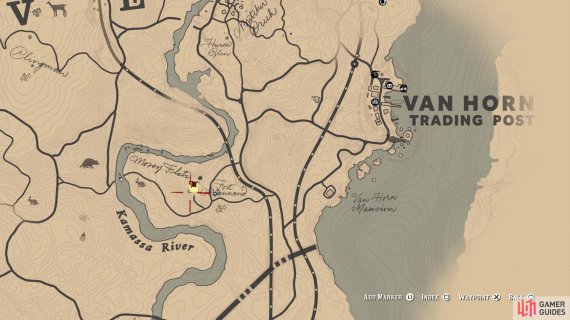 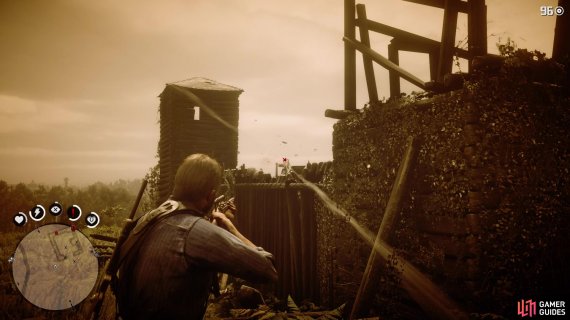 The location of Wofford on the map (left), Use the abundant cover around the fort to take out your enemies (right)

Using Dead Eye is extremely helpful here, but it’s not entirely necessary and you should have some items to replenish health, if needed. After clearing out some of the enemies, more will come in from the north, so make sure you are prepared for that. Lindsey seems to position himself in the southwestern tower usually, so take down everyone else and think about what you want to do. If taking him in alive, then use the ramp on the eastern side to get to the upper level, where you want to inch your way to Lindsey and knock him out with your fist.

Either way, load up Lindsey onto your horse and begin riding back to Saint Denis. Note that on the way back, you will likely run into some other bounty hunters who want Lindsey for themselves. Feel free to kill them, if you want, but you can simply continue riding and ignoring them; just keep an eye on your health to avoid getting killed. Once you’ve finally arrived back in Saint Denis, bring Lindsey to the sheriff’s office. If alive, place him in the cells and if dead, then you will have to place his body out back, at the marker. Report to the police chief’s desk to collect your reward of $100 and some Honor, but only if you brought him in alive.