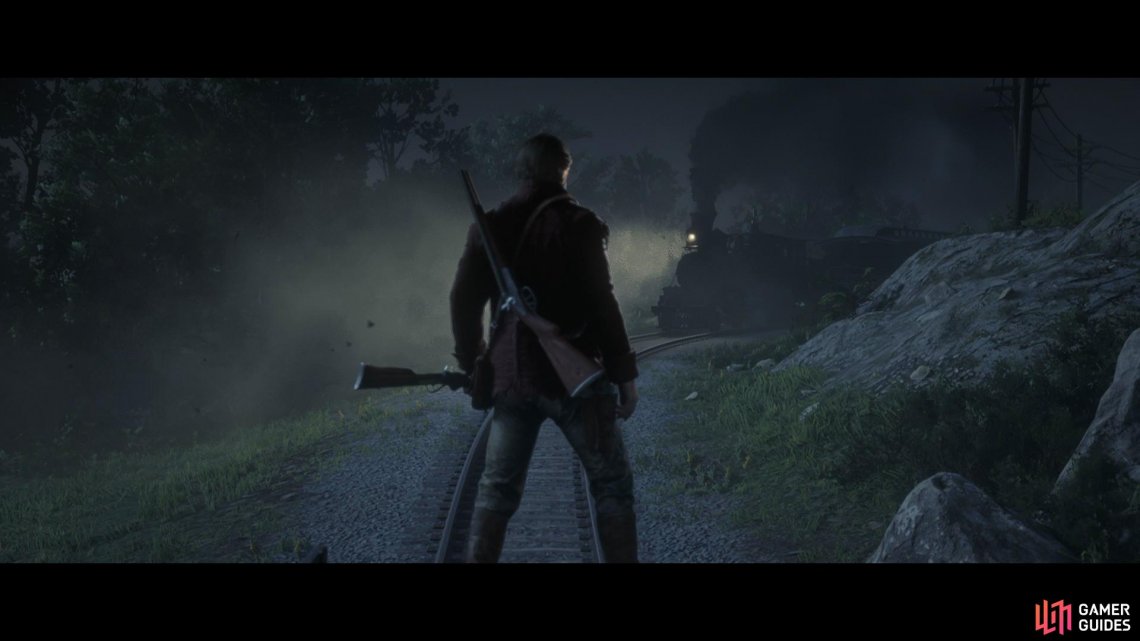 This is a two part mission with two different Gold Medal requirements. Speak to John in camp to begin the mission, he’s planned to rob the train you learnt of back in an earlier mission and wants you to join him for it. As John goes to fetch supplies from Valentine, it’s up to Arthur to track down the oil wagon and John suggests a few places. For the sake of the Gold Medal, you’ll want to make your way to Cornwall Factory Kerosene & Tar due to it’s proximity to the drop off point. 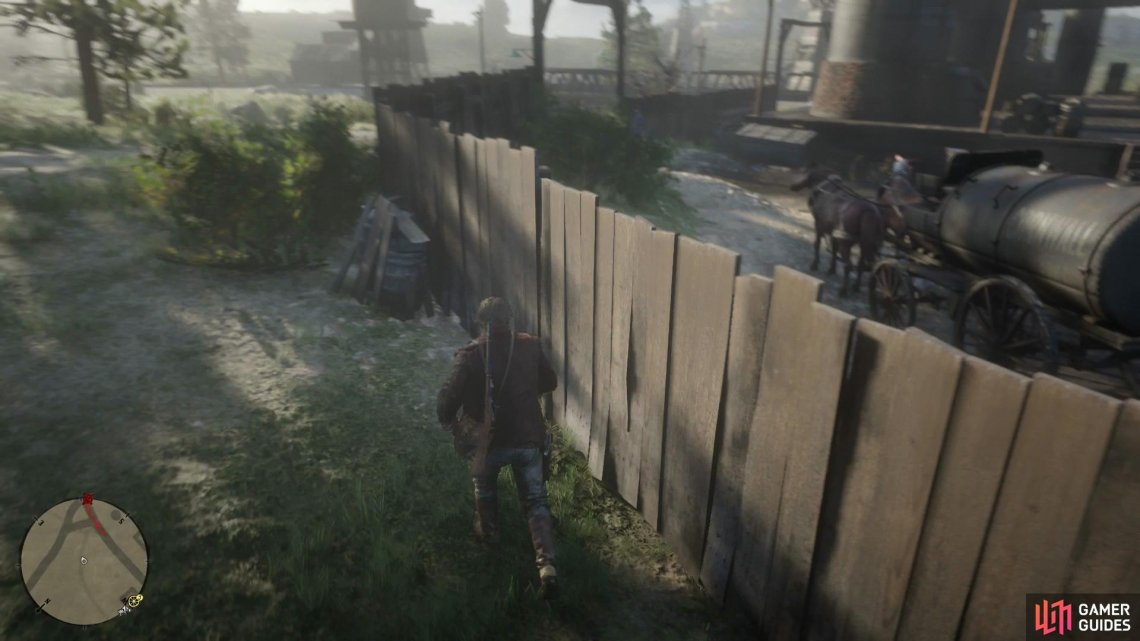 Climb the fence here to avoid being spotted.

Once you reach the factory (by following the marker on your map) you’ll see guards outside of it. Ignore the first two entrances and head around to the north side where you’ll see a large stretch of fencing without any guards. Wait for a nearby guard to walk towards the northern entrance and then jump over to hijack the wagon. Quickly follow the trail north and gallop as fast as possible to the drop off point.

Return to the camp and speak to John once again to have him set off and prepare for the robbery. You’ll need to wait at least one in game hour (or take a rest at your tent) until the next part becomes available, head back to the drop off point to begin the mission. You’ll want to make sure you have plenty of Snake Oil or Chewing Tobacco before beginning this mission, the Gold Medal requires frequent use of Dead Eye.

Once you’re on the wagon with the other gang members, follow the marker to the railway tracks to begin the robbery. Board the luggage cart with John and head down the aisle selecting the passengers with the [L2]/[LT] button to rob everyone that’s possible. At times you’ll have to assist John by beating a stubborn passenger before continuing your own robbery. After looting two carts with John, you’ll leave him to find Sean in the baggage cart. 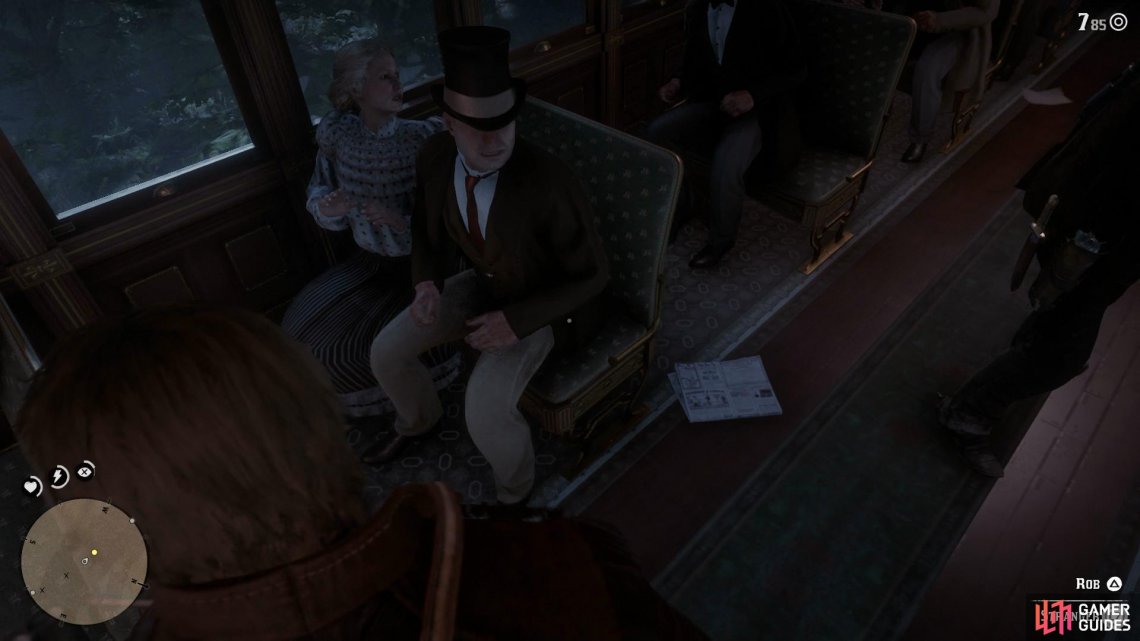 (1 of 2) Fully rob both carts for the Gold Medal 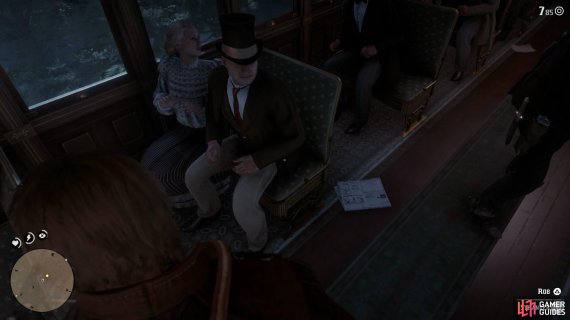 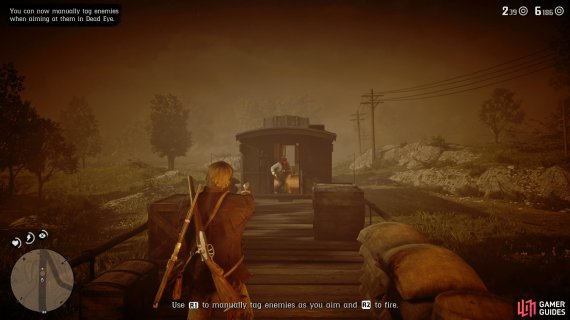 Fully rob both carts for the Gold Medal (left), use Dead Eye to take the guards out before Sean fires a bullet. (right)

You’ll unlock a new feature of Dead Eye at this point that will allow you to manually tag enemies with the [R1]/[RB] button.

As Sean opens the door, a guard assaults him, quickly make use of Dead Eye and take him out before using Dead Eye to take another on the top of the cart. As you head down this next cart, use Dead Eye one more time to take out two more guards, you’ll have to do this before Sean fires a single bullet for the Gold Medal. Loot the four points of interest after killing the guards and then head back outside the cart.

You’ll be attacked by two waves of Lawman from both sides of the train, make frequent use of Dead Eye here to target as many of them as possible, you’ll need at least 10 kills in Dead Eye for the Gold Medal. Stay in cover and use a Rifle or Repeater for the increased range, once the final Lawman falls, jump off the train and mount your horse. Quickly gallop north from your current location, down the tracks and over the hill to leave the marked red area on the map and escape the law to complete the mission. 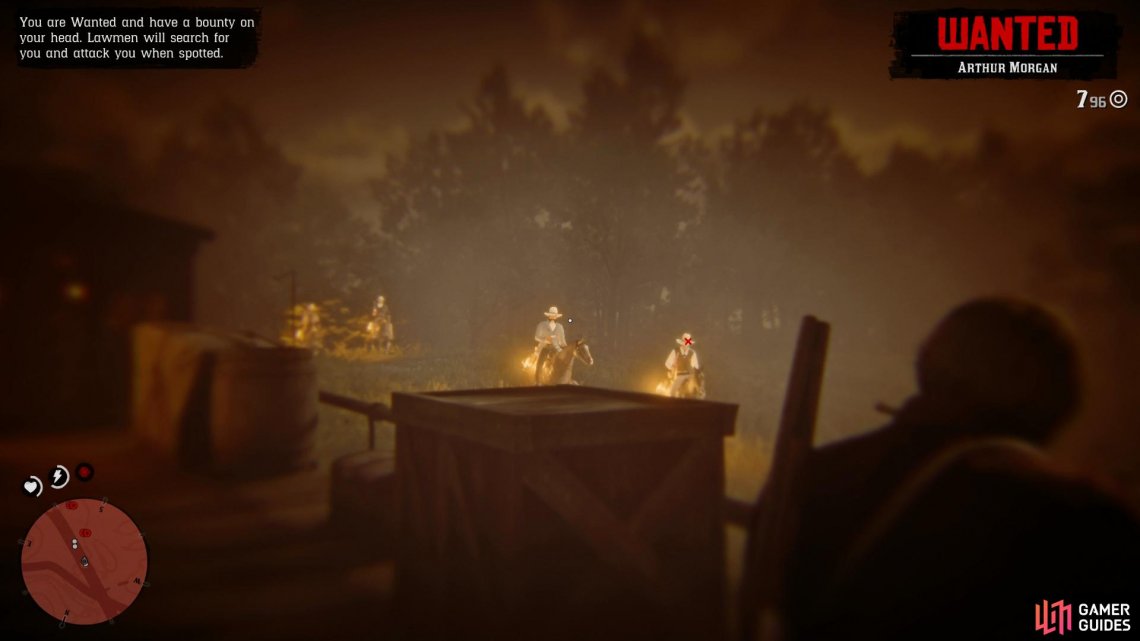 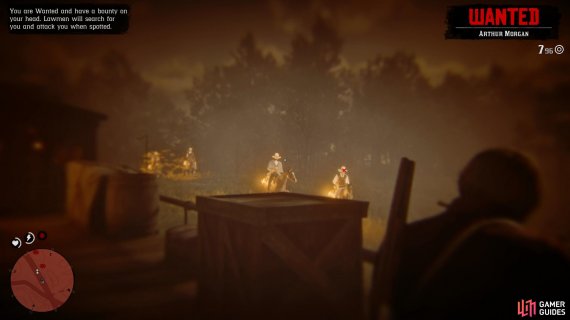 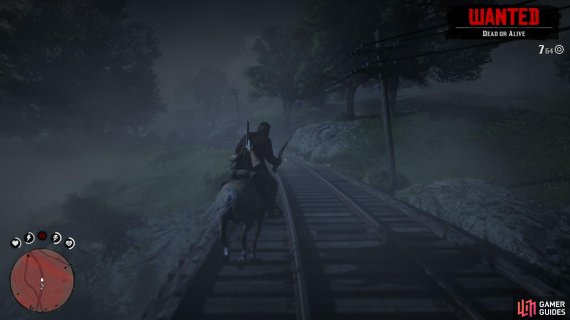 Use Dead Eye as much as possible during the shootout (left), head north along the tracks and over the hill to escape quickly. (right)