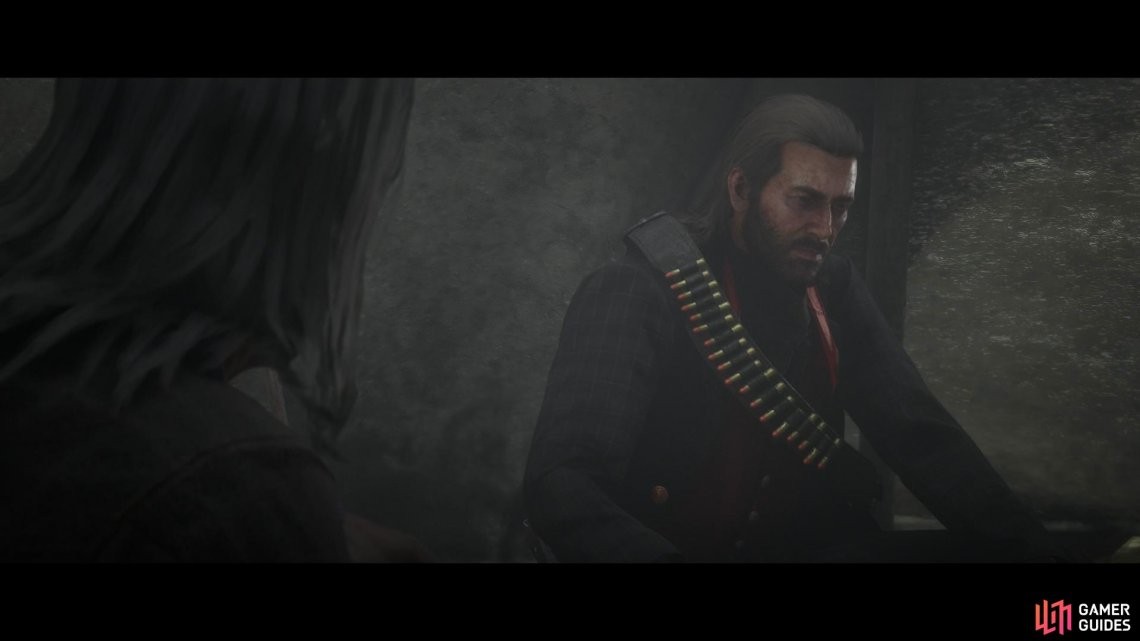 Following the completion of Favored Sons, head back to Wapiti to meet up with Charles. Upon entering the tent to speak to Rains Fall, Arthur and Charles decide to infiltrate Fort Wallace and break out Eagle Flies. Follow Charles along the path and across the river until you arrive just outside Fort Wallace where you’ll leave the horses, be sure to bring a rifle with you along with the bow.

As you sneak up to the first pair of guards you’ll need to headshot them however you must also guarantee that Charles doesn’t kill a single soldier too. In order to do this, enter Dead Eye and manually headshot each of the two guards, you’ll need to do this every time you come across two soldiers during the infiltration. Continue along the side of the fort and take cover against the wall once a soldier looks over, when he’s moved on head forward until you spot two more soldiers, one in front and one in the tower. Once again, enter Dead Eye and take out both with headshots before following Charles into the fort itself. 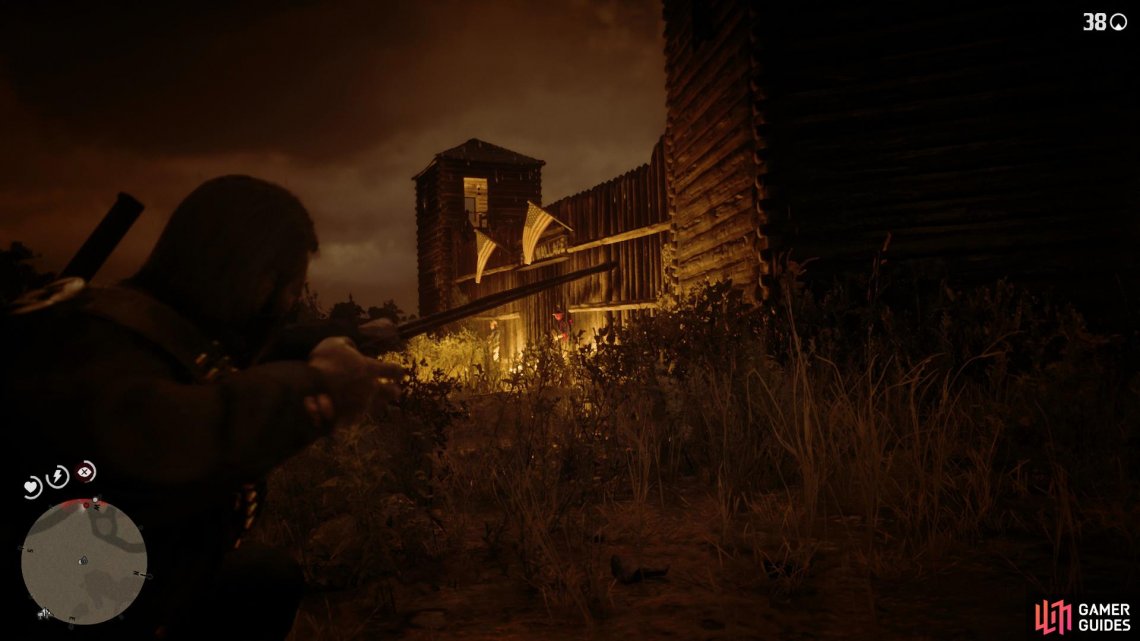 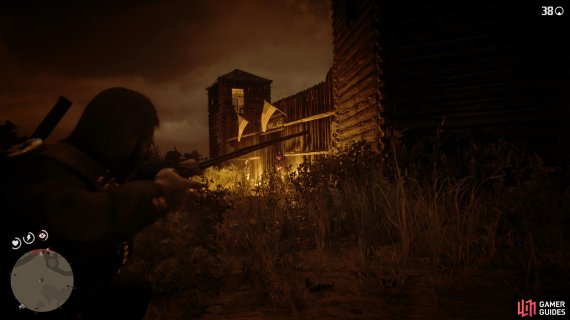 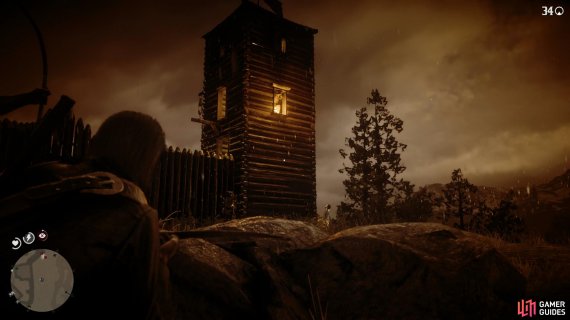 Use Dead Eye to ensure Charles doesn’t get a kill (left), you’ll find the second soldier here in the tower. (right)

You’ll now be on the walkways, follow them around as you headshot the soldiers you come to, trying to save your Dead Eye if possible. Once you reach the ground of the fort, Charles will send you up the ladder of a nearby tower. Head up there and headshot the solitary soldier before turning to the right and hitting the lantern to create the diversion. Head back down and over to Charles’ position before entering the cabin to take out the last soldier. Loot his body to find the key and then open the cell to liberate Eagle Flies.

You’ll now be involved in a shootout, switch to a rifle and keep to cover. You don’t need headshots here so prioritize your accuracy, only taking a shot if you’re certain it will land. As soon as the soldiers appear in the tower and along the walkway, take them out as they’ll be able to hit you while you’re in cover. Once the soldiers are down, head to the wall with Eagle Flies and then grab a stick of dynamite (or use the nearby cannon if you have none) to blow it up. 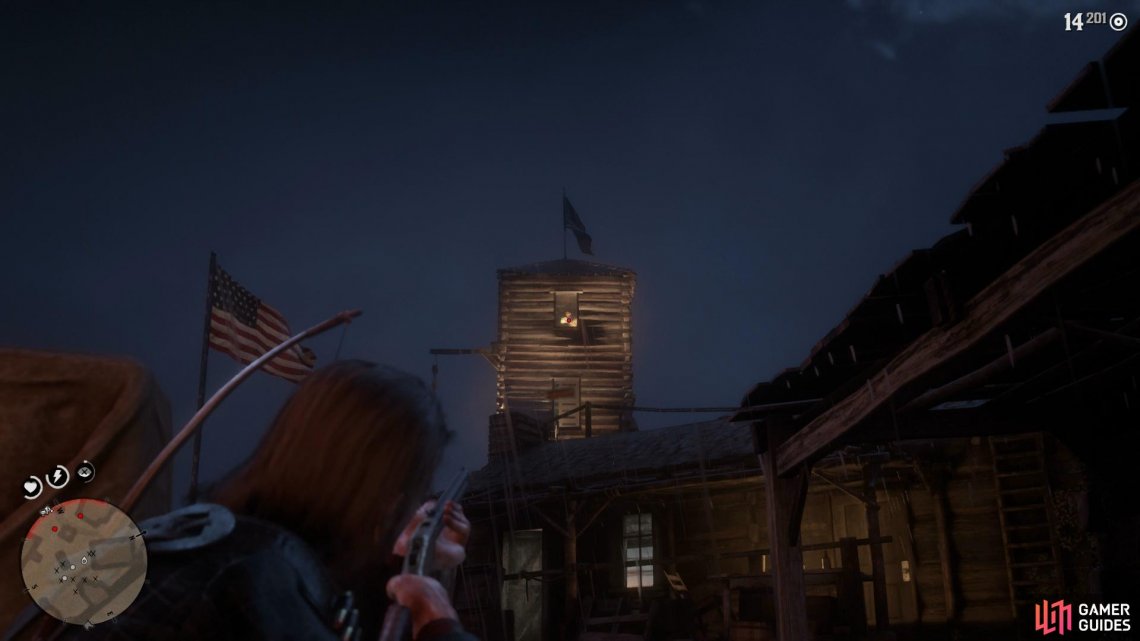 Keep an eye on the tower for a sniper.

Quickly mount up and take the time to restore your Dead Eye if you need to but hold off on using it until later. You’ll be pursed by mounted soldiers are you make your way to the canoes that Charles prepared. Only take out the ones that get close to you and aim for body shots rather then headshots as to not jeopardize your accuracy.

During the final stretch of the mission you’ll find yourself in a canoe as you head downstream. You’ll need to kill 15 soldiers here and you won’t have many chances to do so. Keep an eye on the rader and activate Dead Eye to score the kills you need, it’s easy to misplace a shot and you don’t have the time to readjust after. Once you reach the shore, you’ll have to quickly take out two final soldiers before bringing the canoe up onto it to complete the mission. 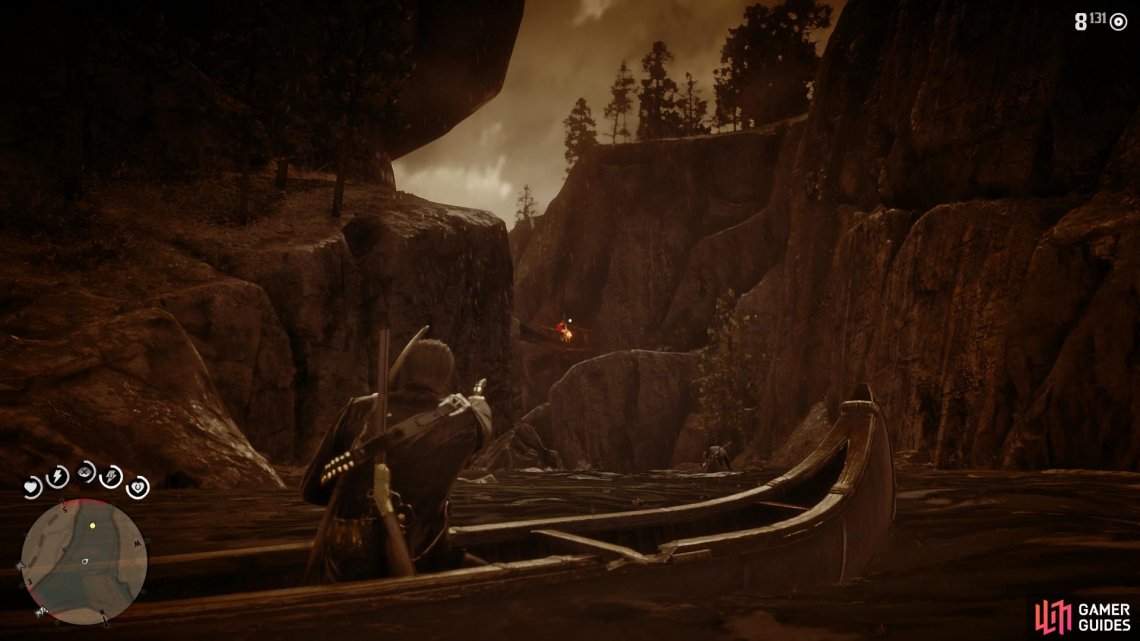 Use Dead Eye during the canoe sequence to maintain accuracy.