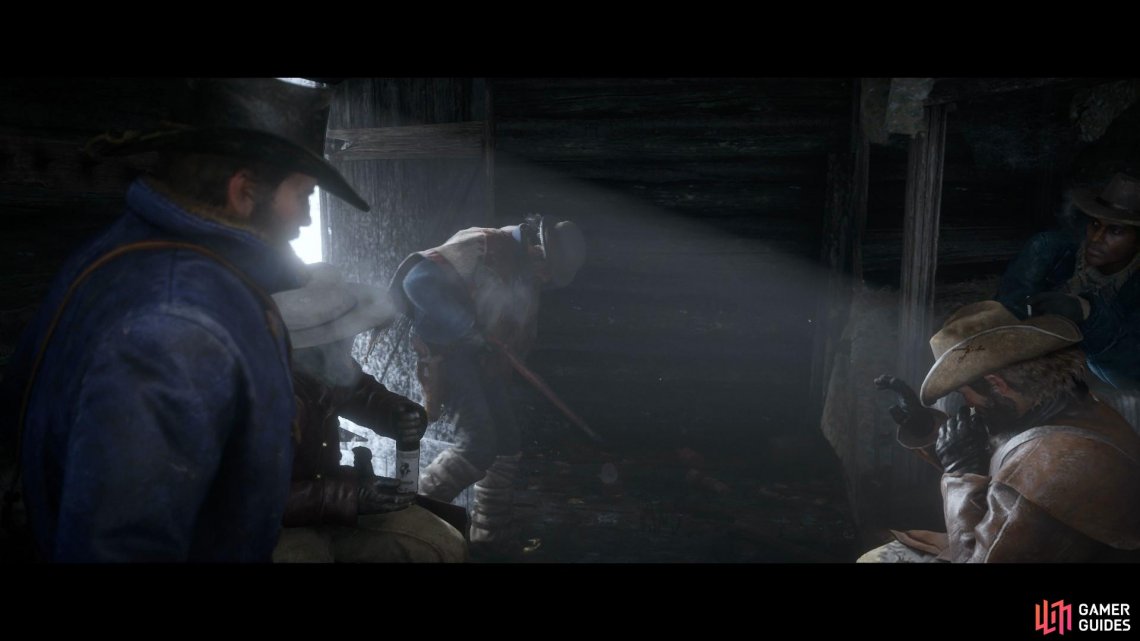 Head over to the B icon to begin this mission in which you’ll set off with the gang to find where the O’Driscoll’s are hiding. Dutch will hand you a Carbine Repeater and Lasso before you begin the journey. Follow Dutch and the rest of the gang until you come to a stop along a cliff overlooking the O’Driscoll hideout. Head back to the horse after scouting ahead to grab your Carbine Repeater and then follow Dutch down the cliff and take cover. Signal to Dutch that you’ll take the lead, this will allow you to line up a headshot on the nearby O’Driscoll, the first of 15 needed for the Gold Medal. 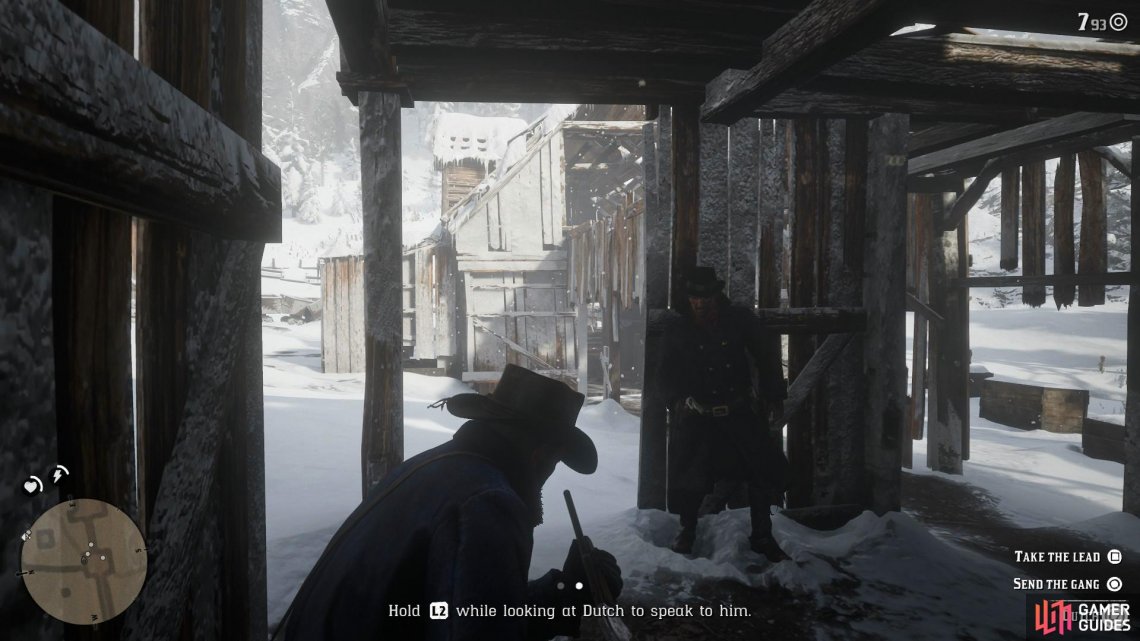 (1 of 2) Take the lead in the forthcoming shootout 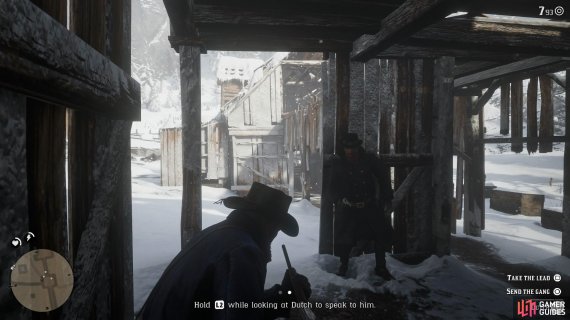 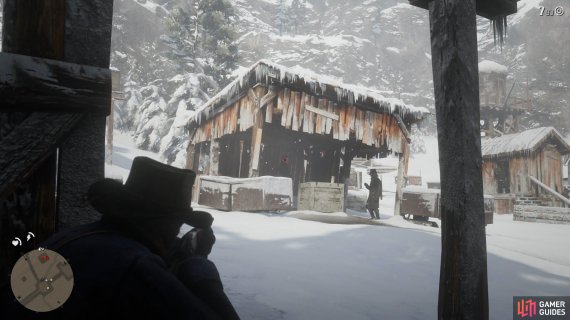 Take the lead in the forthcoming shootout (left), this allows you to line up your first headshot. (right)

Once the shootout begins, stick to the cover and aim primarily for headshots, 15 is a lot but there are many enemies for you to obtain them on. You’re not marked on your accuracy on this mission so you don’t need to be as careful with each shot so long as you aim for the heads. Also note that you won’t be able to use any health items if you want that Gold so try to keep behind cover to limit the damage you’re taking. Search low and high for the enemy, making good use of the rader to determine their position, rooftops and the water tower are spots often overlooked. You’ll need to move between cover to reach the enemies on the right side of the area. 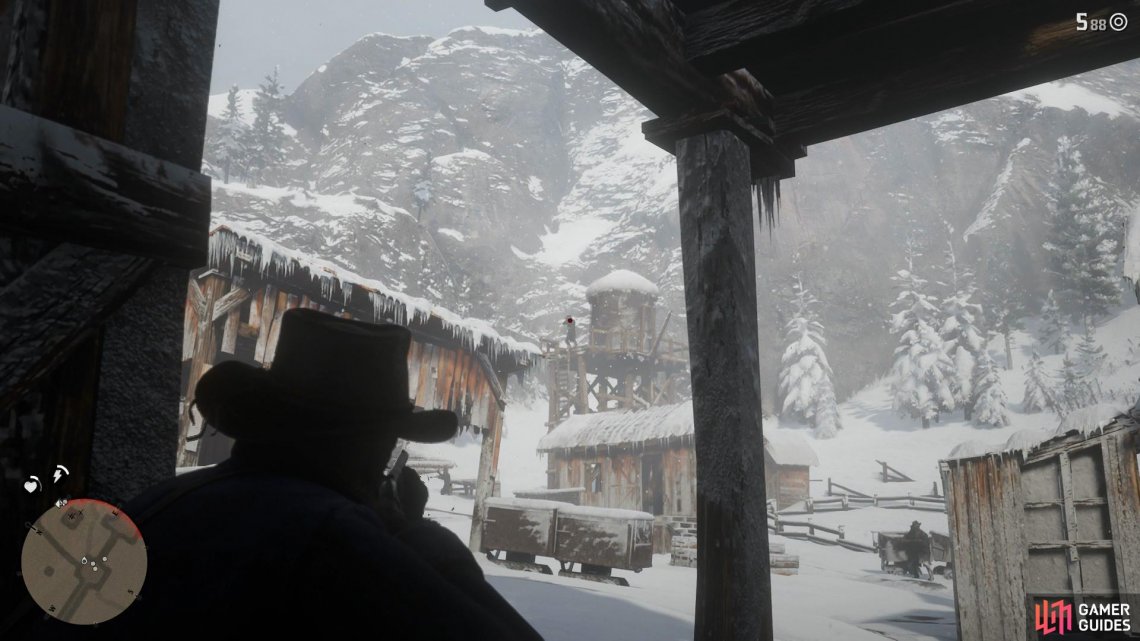 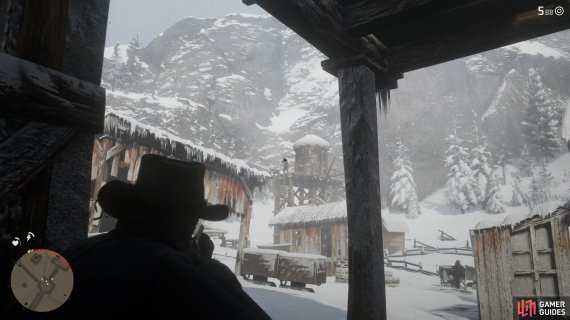 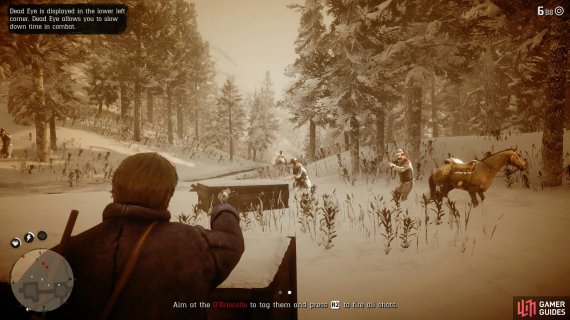 Don’t miss this enemy (left), tag the heads to take them out in one shot. (right)

Once there’s a pause in the chaos, take the time to loot any nearby bodies by pressing the [Triangle]/[Y] button and replenish your ammo from the many firearms on the ground. It’s not long before another wave of O’Driscolls attack from the south, rush over to the crates out there and take cover. You’ll gain access to Dead Eye at this point, activate it by pressing the [R3]/[RS] button while aiming to slow down time. You can then tag them by moving the reticule over the enemy before pressing the shoot button to unleash the carnage. For the sake of the Gold Medal, you’ll have to take out three of them in one use of Dead Eye, easily achieved by tagging the heads of the O’Driscolls.

Once the first wave is taken out, you’ll get the option to take the battle to them or defend your current location. Choose to defend to keep the safety of your cover and then continue to use Dead Eye to take out the O’Driscoll’s coming out from behind the trees remembering to aim for headshouts. You’ll have to be quick and pinpoint during the entire shootout if you want to clear this mission in the requried 15 minutues, you may have to replay later once you’re more comfortable with the mechanics.

Any Story Mission can be replayed from the Start Menu under the Progress-Story section, this gives you the chance to go for Gold Medals once you’re more comfortable with the mechanics.

With the shootout over, return to Dutch in the center of the area to receive your next orders. Search the nearby house where you took cover earlier to find a large red container with Dynamite inside. Once you begin the journey back, you’ll run into a straggler from the recent battle and Dutch asks you to capture him. Select the Lasso from your Weapon Wheel (hold [L1/LB]) and gallop as fast as possible after him. Once you’re in range, aim the Lasso and throw it once the reticule turns red to knock him down. Quickly dismount from the horse and hogtie him, stowing him on the back of the horse in the process. You’ll need to complete this process within 45 seconds if you wish to obtain the Gold Medal so you’ll need to be quick. Once stowed on the horse, simply follow the radar to reach the camp and complete the mission. 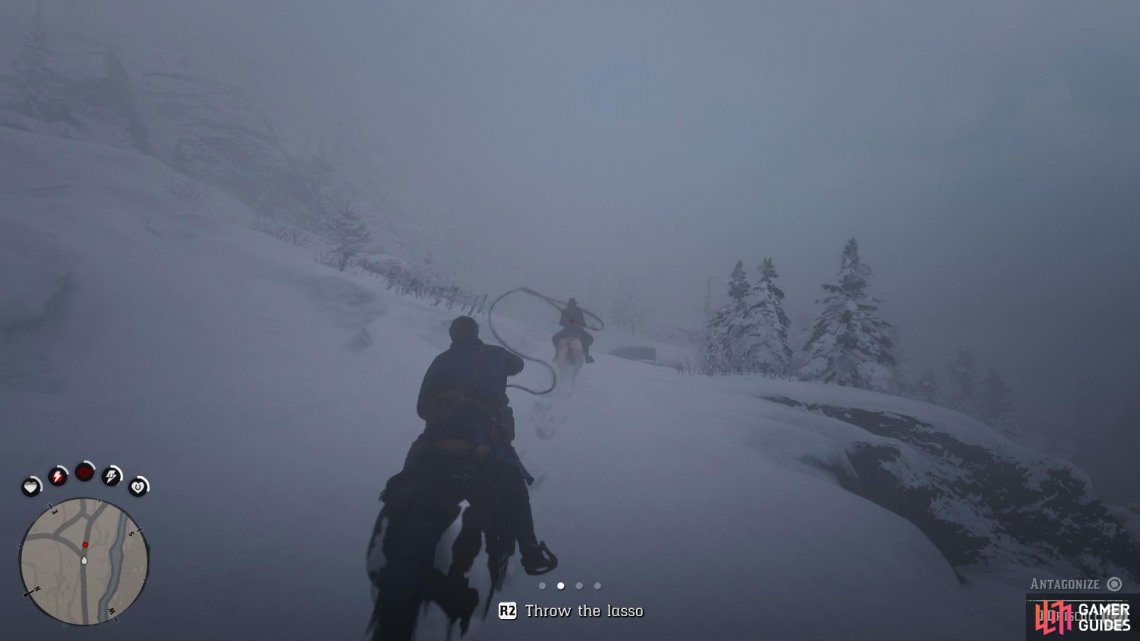 (1 of 2) Throw the Lasso once the reticule turns red 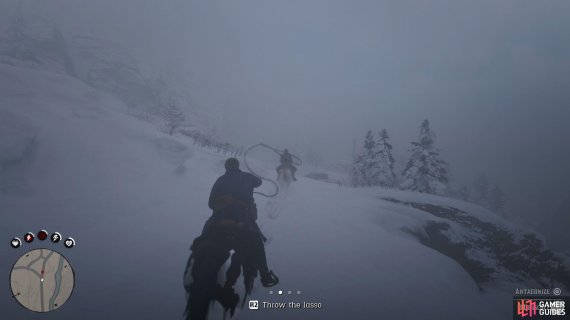 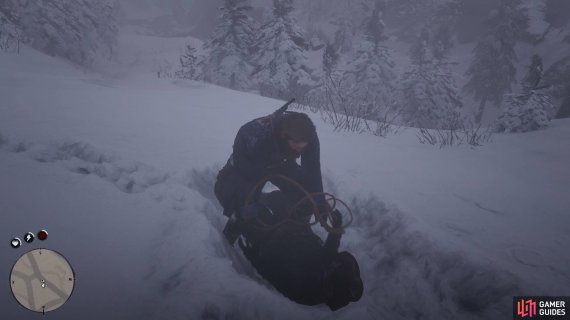 Throw the Lasso once the reticule turns red (left), you’ll need to complete this process in 45 seconds. (right)