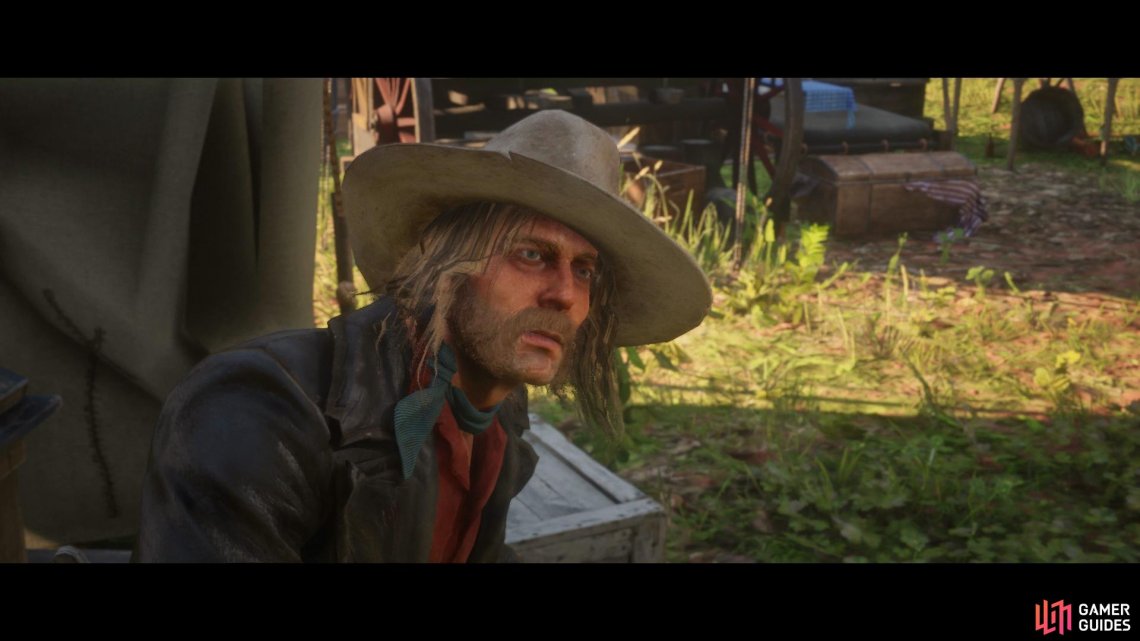 Speak to Micah at the camp to begin the mission and then follow the marker until you reach the next marker. Take out your binoculars and scan the area, keeping watch for Dutch and Micah until you’re caught from behind.

Following the events, you’ll find yourself tied up in a shack with a file on the nearby table. You’ll have to be quick here if you wish to get the Gold Medal and it may take a replay so that you know what to expect. Swing left and right to gain the momentum needed to grab the file and Arthur will use it to get himself down. Follow the onscreen instructions as quickly as possible to perform the self-surgery here and then stealth kill the approaching O’Driscoll. 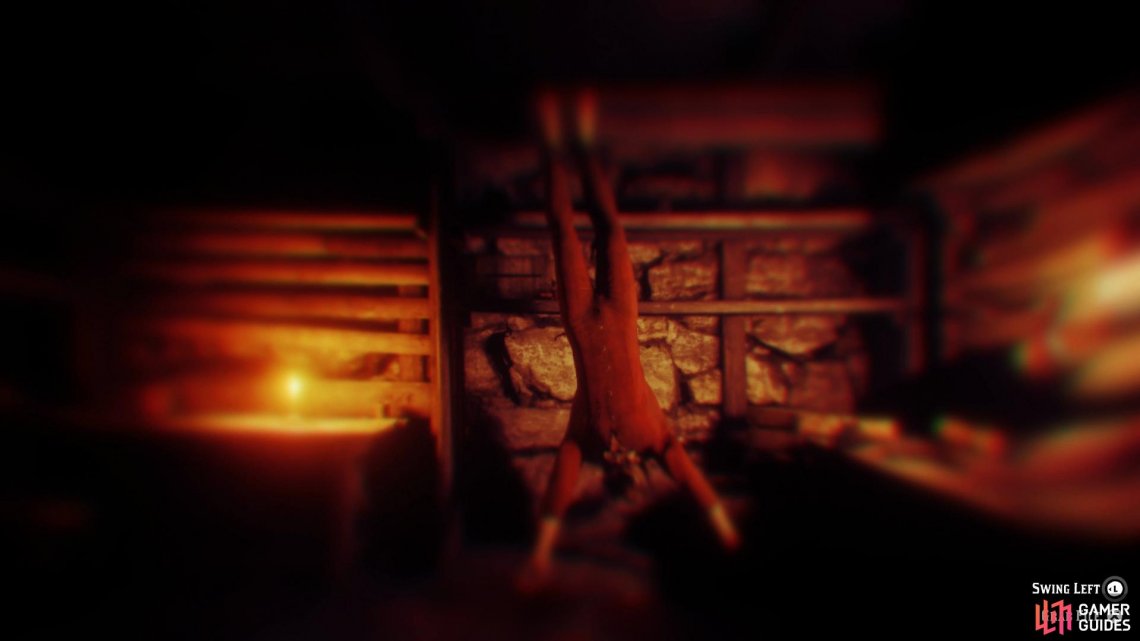 You now need to escape the camp on horseback however there are a few optional objectives to take care off for the Gold Medal. Approach the stairs and two O’Driscolls will walk past, wait for the one on the left to go down the side of the cabin and stealth kill him. Return to the front of the cabin and toss a Throwing Knife at the O’Driscoll near the tree.

Stay crouched and head right, toss a Throwing Knife at the O’Driscoll in front of the crate and then another at the one leaning up against the tent. You can now head to where you killed the O’Driscoll near the crate and loot your weapons back. Carefully make your way back to your horse and begin getting out of there. 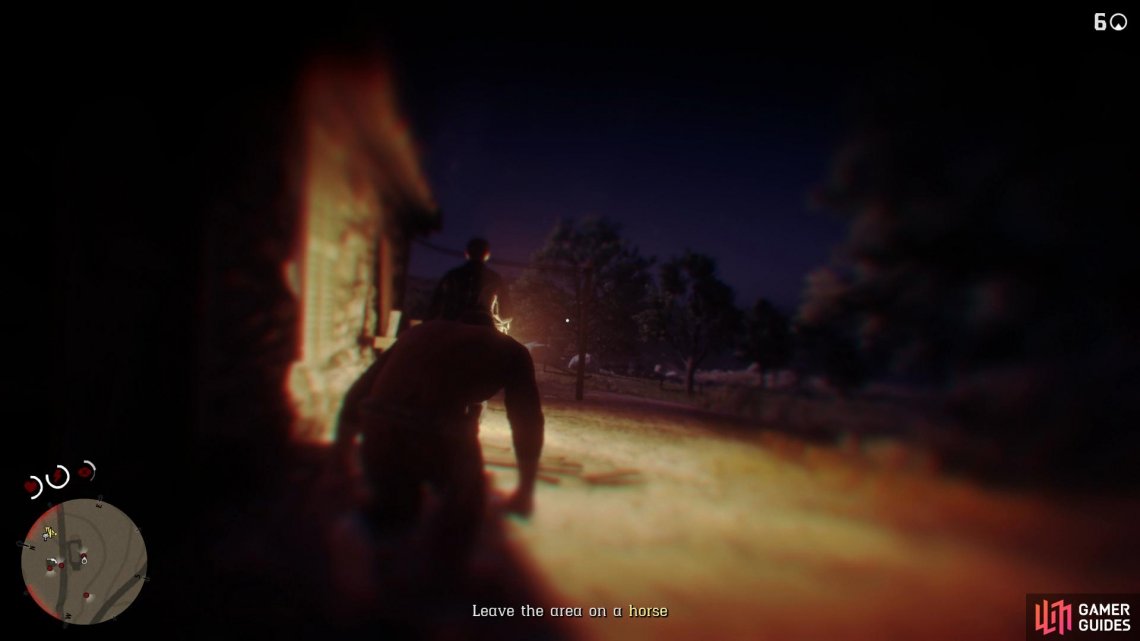 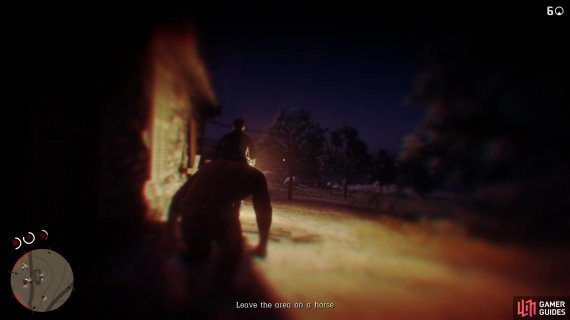 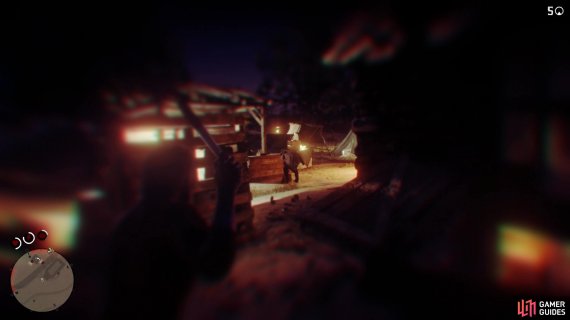 Stealth Kill the O’Driscoll by the side of the first cabin (left), toss a Throwing Knife to kill this O’Driscoll near where your gear is stored. (right)

Gallop along the path and press the [Dpad Down] button to make the rader zoom out a little, this will allow you to see the O’Driscoll’s vision a little easier. When you can, veer off the path and down alongside the river to avoid all detection and escape without being spotted. Continue to follow the marker back to Clemens Point and Arthur will pass out, some time will past as Arthur gets his strength back in camp and the mission completes. 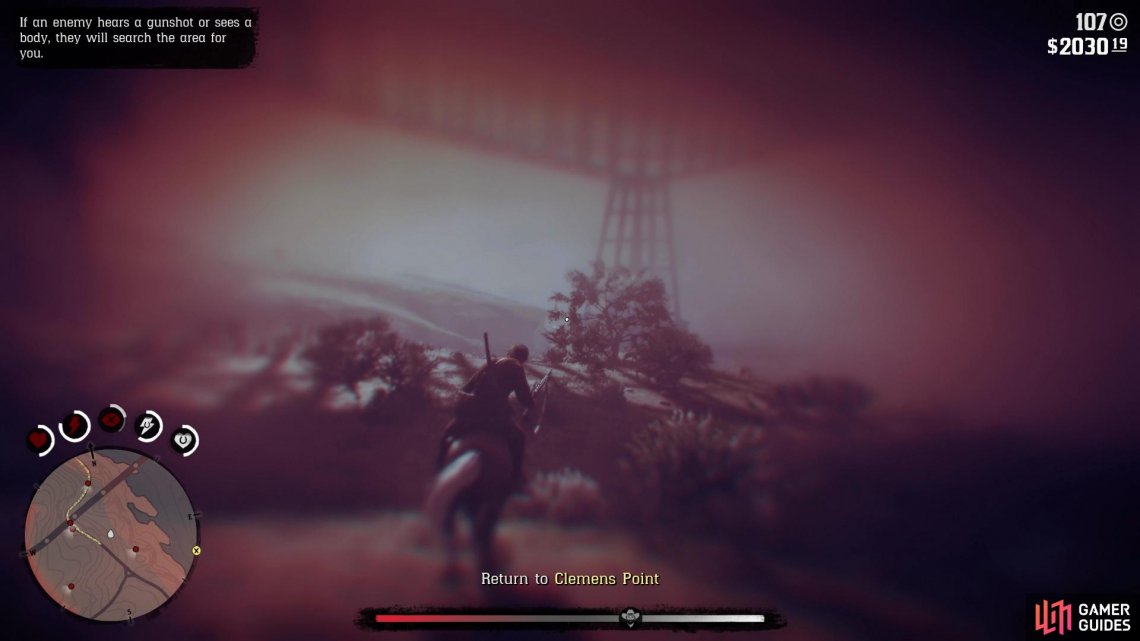 Take the horse along the river to easily escape the O’Driscolls.