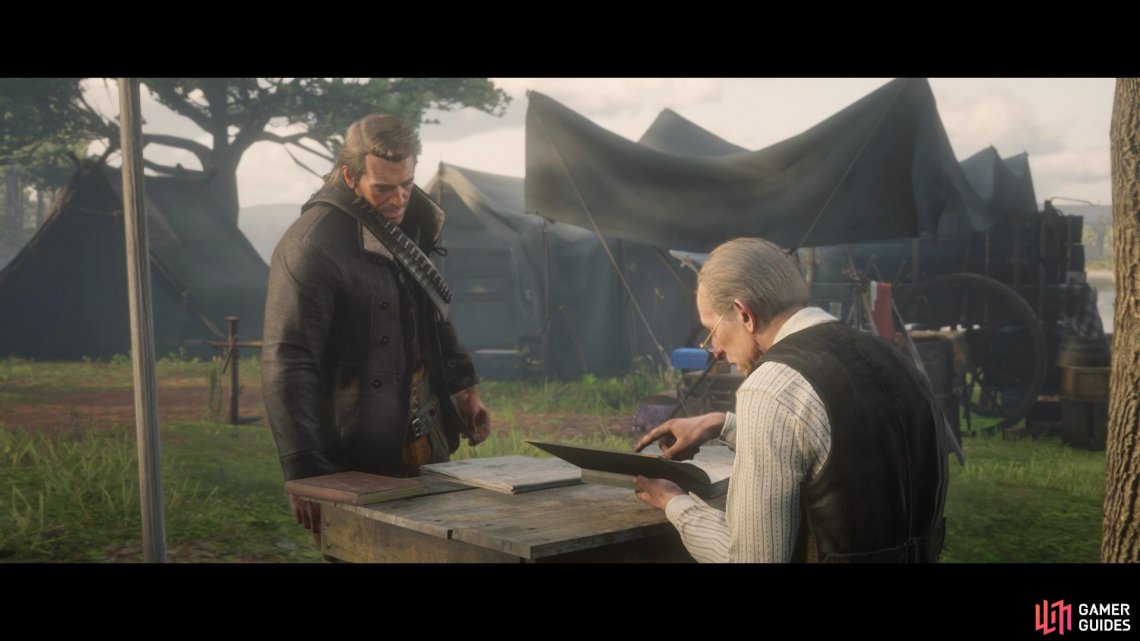 This strand of missions begin as part of a Story Mission from Leopold Strauss back in Chapter 2. See the following pages in the walkthrough for strategies on how to handle it:

After this point, the mission strand becomes Side Missions in Chapter 3 but are still considered Honor Missions and as such, you’ll need to complete them all for the Lending a Hand Trophy/Achievement.

Money Lending and Other Sins IV¶

You can begin the next part in Chapter 3, head over to Leopold Strauss to get the rundown on two more debtors for Arthur to collect on. Begin with Winston Holmes this time, who you’ll find camped to the north of Strawberry.

Upon talking to him you’ll discover that he doesn’t have the money on him but asks if you can help him go retrieve it. Follow him up the stream until you reach the Cougar den where the elusive white cougar has made its home. You’ll split up two ways, head down to the bottom with your Lantern equipped and you’ll hear Winston scream, quickly rush northeast to discover that he’s been killed. Make your way back to the southwest of the cave and you’ll come across the beast, quickly enter Dead Eye and headshot the Cougar to kill it.

Be sure to skin the pelt and bring it back outside to stow on your horse. It’s now just a short trip back to Strawberry where you’ll find the butcher who will take the pelt off your hands. Next time you’re back at camp, put the debt money into the tithing box to complete the mission. 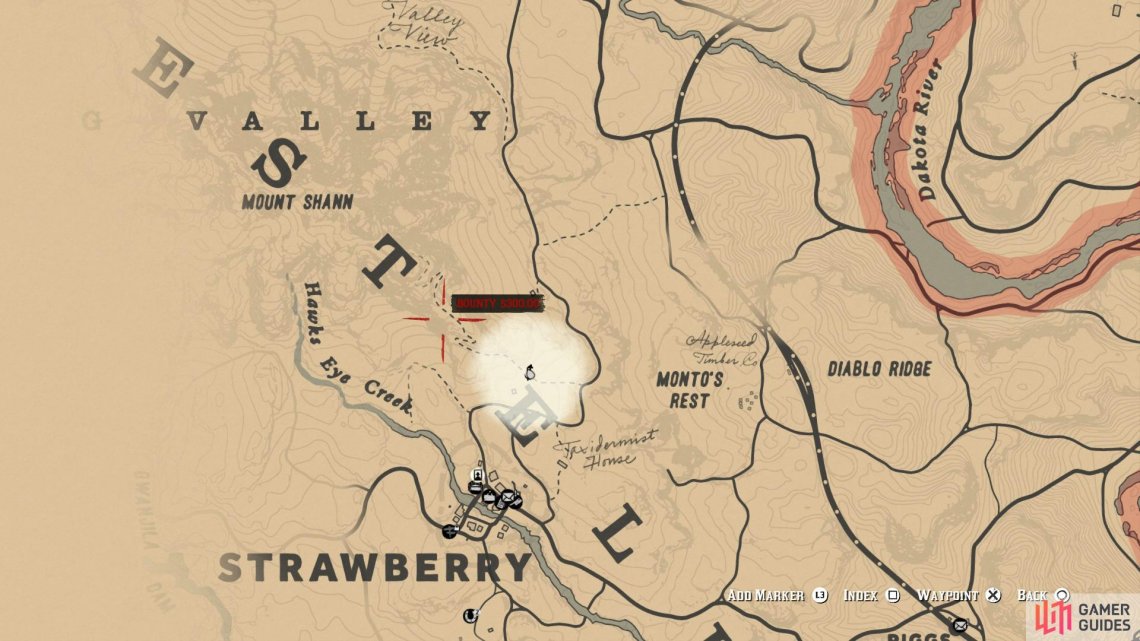 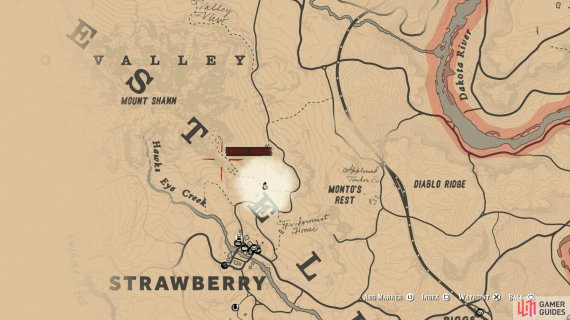 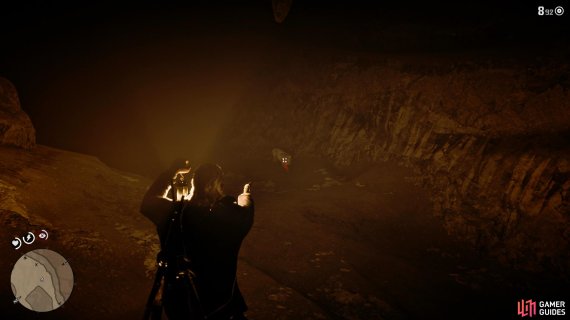 You’ll find Winston Holmes to the north of Strawberry (left), use Dead Eye to kill the White Cougar in the enclosed space. (right)

Gwyn Hughes should be your next target, you’ll find him in Rhodes behind the house to the left of the gunsmith. Confront him and then follow him over to the church so that he can secure his money. Head over to the couple nearby to scare them away and then over to the elderly woman near the gravestone, opting to Charm her.

Return to Gwyn and he’ll ask you to keep watch at the entrance while he begins the exhumation. The first woman the approaches can be Charmed, forcing her to return the next day while the next two drunken men will need a little more convincing. You can either Antagonize them which will result in a brawl or you can aim a weapon at them, scaring them into submission and away from the Church. Return to Gwyn now and collect the brooch, returning it to the camp’s tithing box to complete the mission. 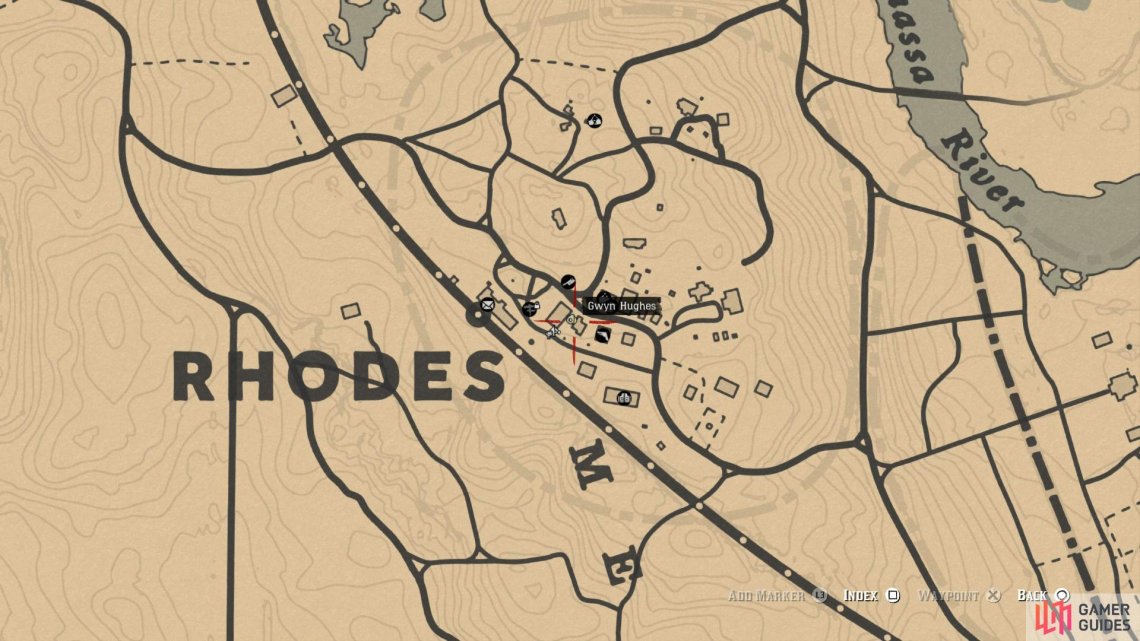 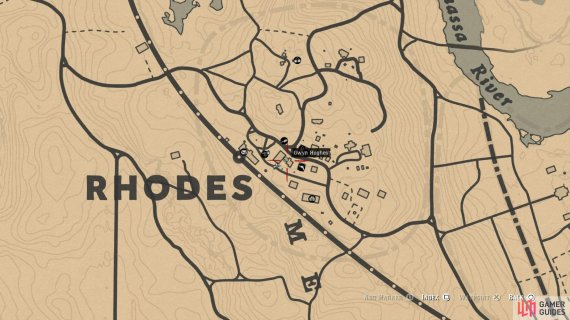 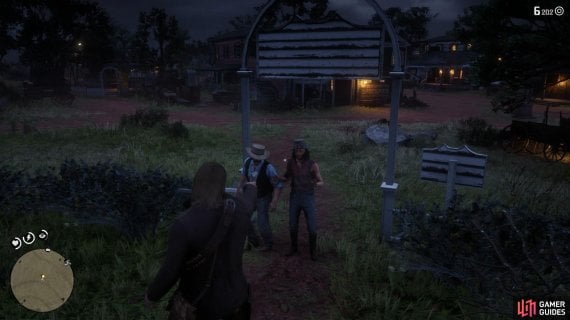 You’ll find Gwyn in Rhodes (left), aim your weapon to scare away the two men visiting the Church. (right)