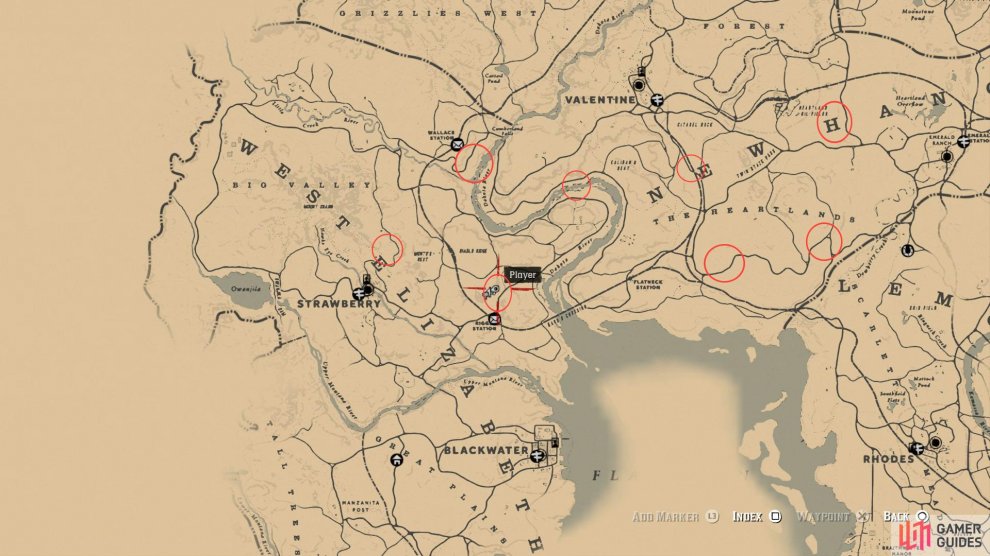 The largest hurdle in finding the High Stakes treasure is finding the map itself. You'll need to witness a random encounter somewhere along the heartlands anytime after Chapter 2 begins. You'll spot a white dot on the radar and will be able to hear a man mumbling to himself about the treasure, usually overlooking a cliff somewhere. There's no easy way to go about this so you'll have to look at the map above and check out each of the locations until you come across him. 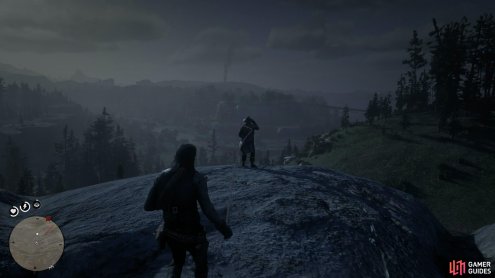 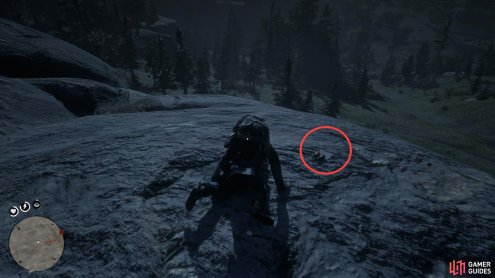 Once you find him, head over to him and before he can react, use your Lasso to bound him and then hogtime him, you'll then be able to head over and pick up the treasure map. If he somehow escapes then you'll get two more shots at robbing him in another location, fail that and you'll have to resort to checking out a Fence to buy the map from. 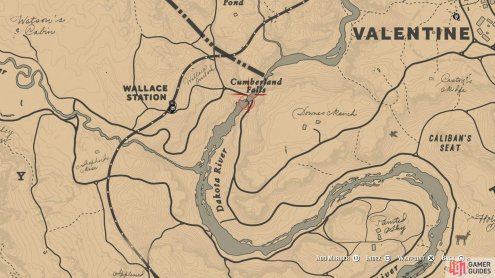 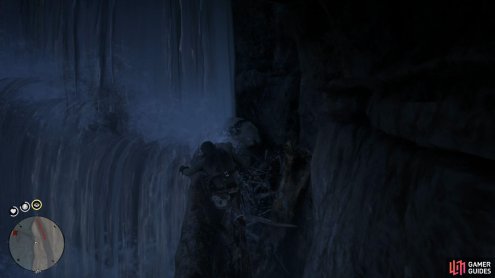 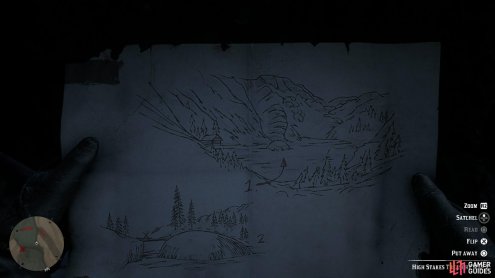 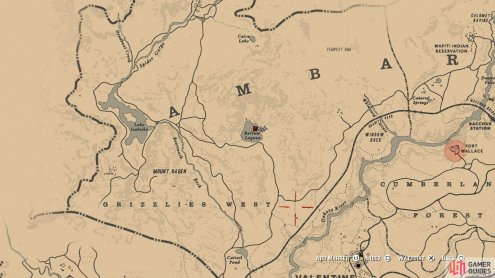 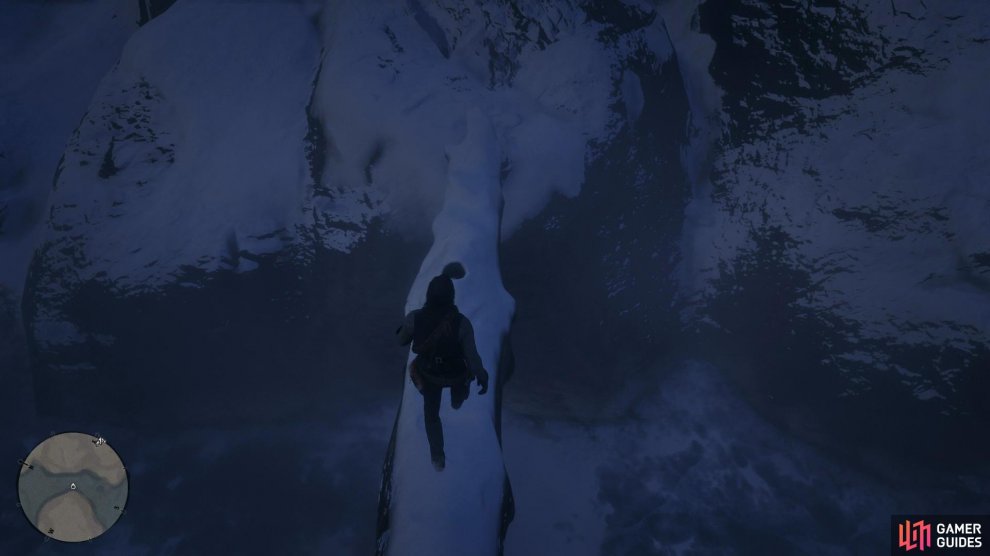 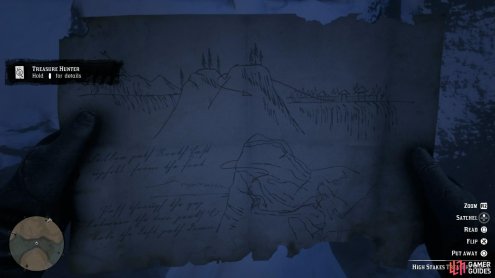 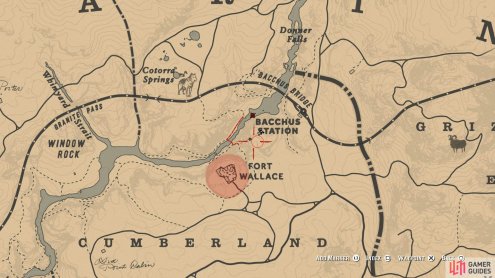 The Treasure itself can be found in a rather elusive place that you'll need to be careful with your jumps to discover. Make your way over to Fort Wallace until you're outside the front gate, from here take the eastern path and then follow it to the mountain there where you'll find a small path leading down to the cliffs.

Take a left here and head up the thin path until you reach the end, look down to see a rock that you can leap to. Once you land, look behind you and down to spot the next rock to leap to before finally jumping down to the final rock. From here, follow the path under the hanging rock and at the end of this, you'll be able to search this rock for the treasure.