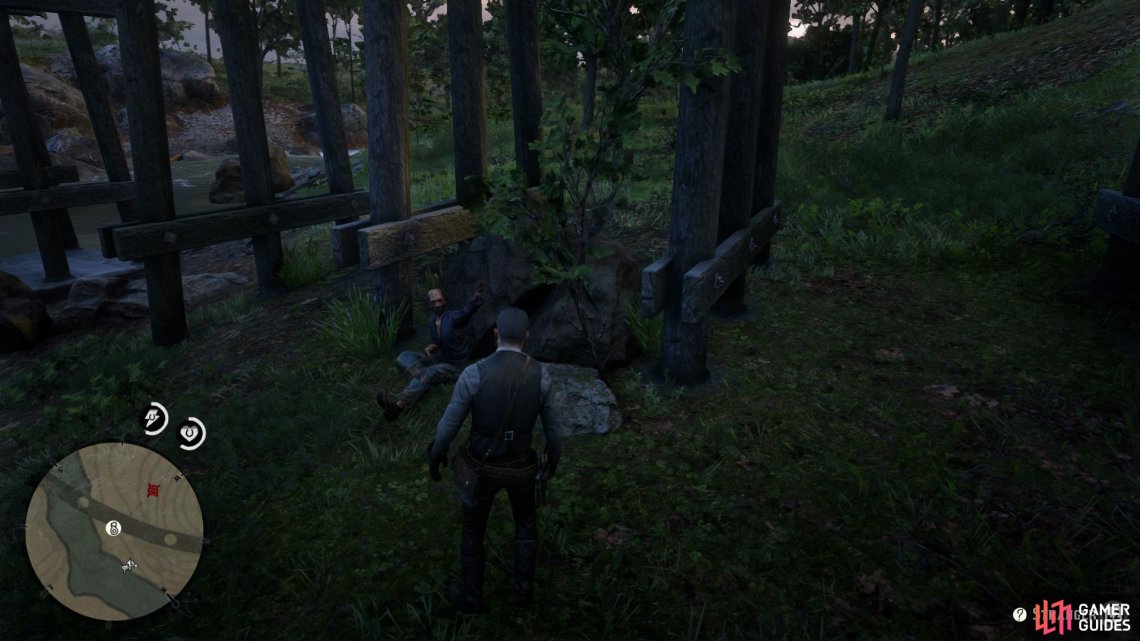 You’ll be able to accept this Stranger Mission from Obediah Hinton once you’ve completed the Fleeting Joy Main Mission. Head to the west of Van Horn, and make your way below the train tracks where you’ll find a man that looks like he will require some assistance. Whilst speaking with him he’ll mention a name of a town alot, so you’ll need to put him on your horse and take him back there and allow his friend to take care of him.

For an unknown reason the old man will begin to attack, just simply give him a couple of punches to take him out.

The Wisdom of the Elders Part II¶

You’ll now need to skip a day in game and wait until night to begin the next part of this mission, speak with Obediah Hinton and he’ll tell you about demons. You’ll then hear screaming in the distance and you’ll face off against a few Wolves, use Dead Eye and take them out. After the Wolves have been taken care of, speak with the man to finish this part of the mission.

The Wisdom of the Elders Part III¶

Now head to the south of the village where you’ll need to take out 13 Charms, which you’ll be able to locate by using Dead Eye that will make them glow.

The Wisdom of the Elders Part IV¶

After all the charms have been removed, head back to Obediah and the Shaman to speak with them, after some dialogue you’ll now need to head to the north of the village.

The Wisdom of the Elders Part V¶

Head to the mines that are marked on the map and remove the wooden plank to enter, continue forward and you will notice that the water is poisoned so you’ll need to fill up a bottle with it. Now chase after the person you just saw and then the tunnel will explode causing you to need to take another route out.

Exit the area quickly as the air will slowly drain your health, and then take your horse back to Obediah and tell him what you discovered. Watch the cutscene and the mission will end, but make sure to collect the $50 and the letter from the table before leaving.