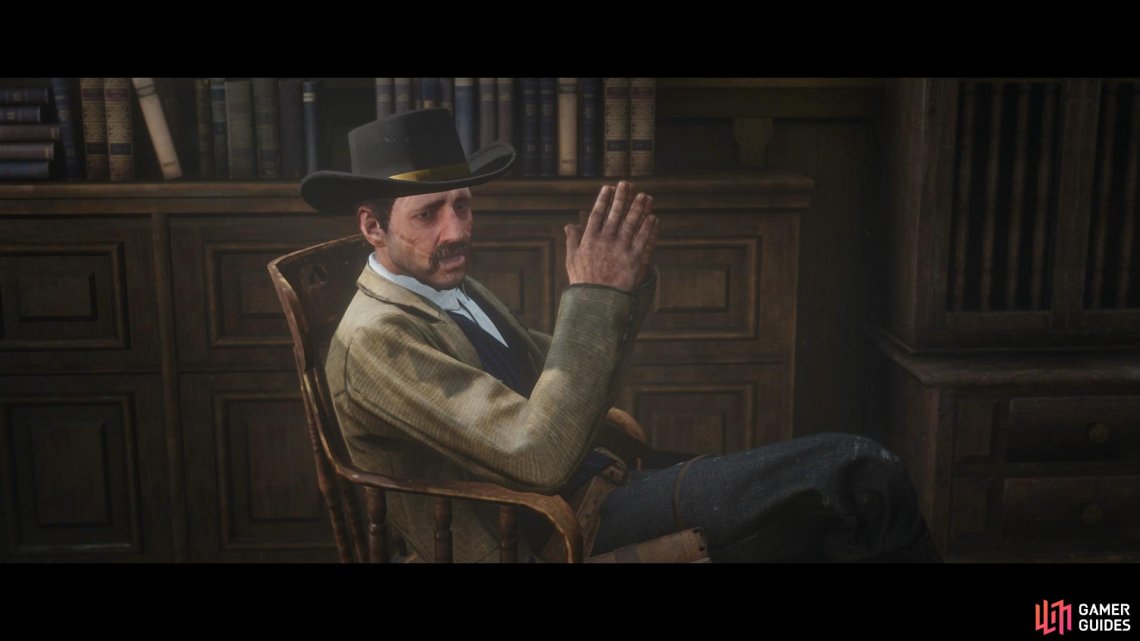 Upon completing Uncle’s Story Mission in Horseshoe Overlook, you’ll notice a new icon on the map, that off a skull with a $ on it. Head over to the Sheriff’s office to begin this mission which serves as an introduction to Bounty Hunting Missions.

Bounty Hunting missions offer a way to get some cash along with a boost to Honor which you’ll need at a high rank later in the game to avoid missing out on missions later in the game, always undertake these missions.

You’ll need to head north of Valentine to the gorge there, as indicated on the map, to find the Bounty in question. As you approach Benedict Allbright, he’ll slip off the edge of the cliff, quickly pull him up using the onscreen instructions and he’ll choose to jump in the river to avoid being taken in. 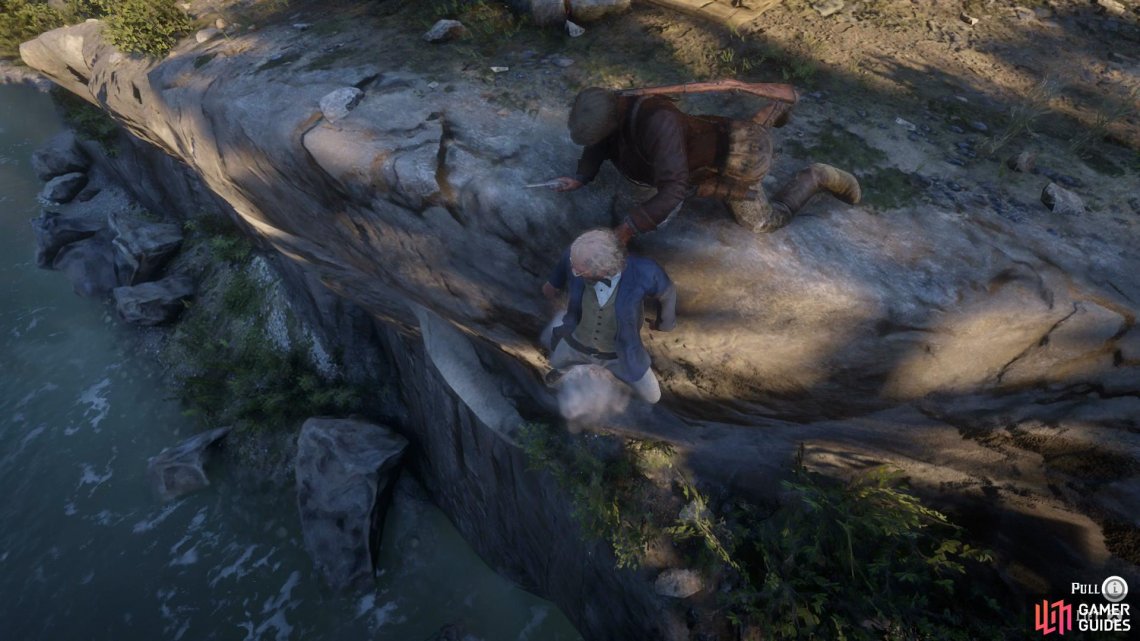 (1 of 2) Pull Benedict up as quickly as possible 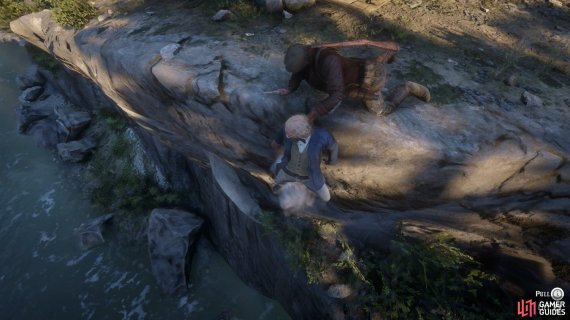 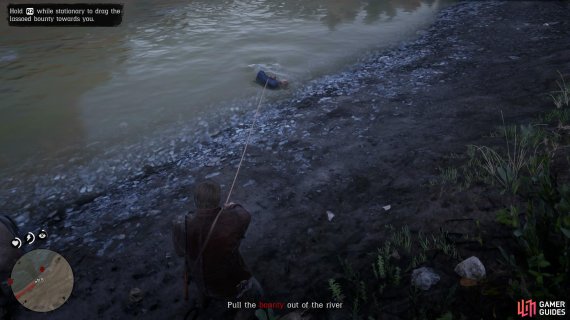 Pull Benedict up as quickly as possible (left), pull him in from the river bank to hogtie him. (right)

Ignore the suggestion to change to the cinematic camera and race along the riverbank with your Lasso selected. Eventually, after falling down the rapids, the current will ease and you’ll get the opportunity to pull Benedict in from the river with the Lasso. Dismount the horse and hogtie him as quickly as possible, stowing him on the back of the horse in the process. You now have 1 minute 30 seconds to get back to Valentine which is plenty of time providing you Gallop the entire time. Once in Valentine, quickly remove Benedict from your horse and get into the Sheriff’s office, dropping him into the cell to complete the mission.

Following this mission, you may begin to notice Bounty Poster icons on your map, these indicate a new Bounty Hunter mission. These are optional but well worth doing for the Honor boost they provide and the extra income, see the [Bounty Hunting] section for more information.