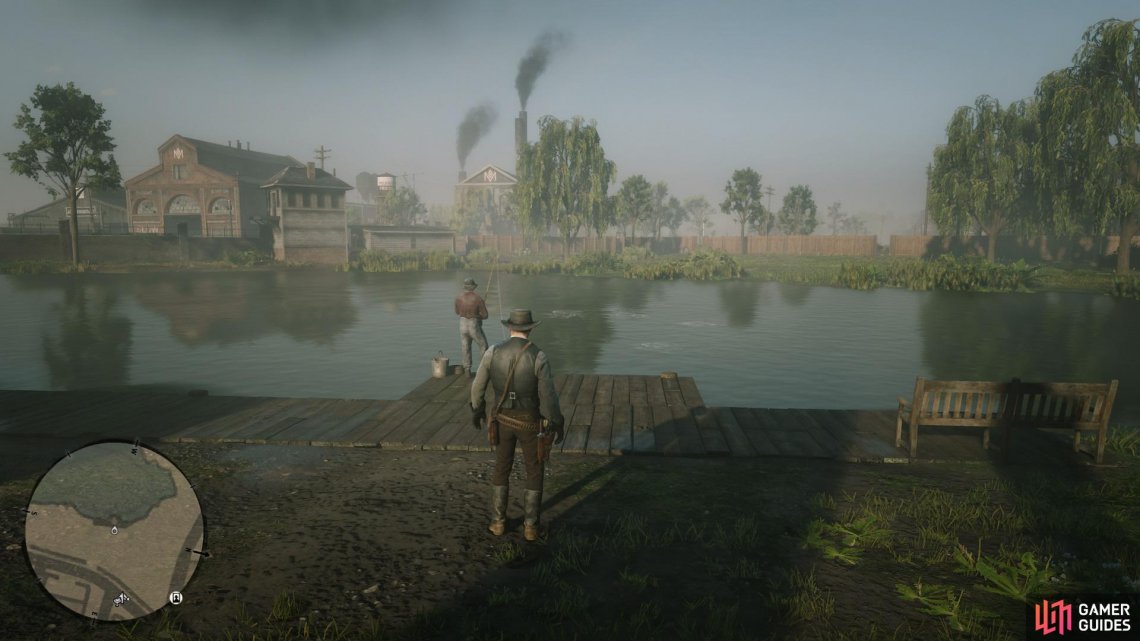 You’ll be able to begin this Stranger Mission once you’ve completed The Joys of Civilization in Chapter 4. Return to Saint Denis between 6am and 6pm to find Marko Dragic in the southwestern park. Upon speaking to him, you’ll learn about his genius invention and ask you to help him demonstrate it.

You’ll need to take out all of the battleships on the lake by firing Torpedoes from your own boat. Note that there are mines in the water so be sure to avoid them or shoot them from afar if possible. After you take out the initial group of battleships, Marko will release some more which will now move around. This is actually easier than the previous wave as you can wait for the battleships to move into more favorable positions.

The next step of this mission will require you to wait 24 hours ingame and then head to the far northeast of the map where you’ll find Doverhill. You’ll then need to wait for a Thunderstorm between the hours of 10pm and 5am before you can begin the mission. Marko will ask for assistance again but this time you’ll need to place Lightning Conductors. Due to the conditions, you’ll want to use a lantern for some light and the detector that Marko gave you will point the direction to the locations.

Once all three conductors have been placed, Marko will ask you to climb the tower and flip the switches. Flip the two outer switches first before flipping the middle one last before returning to Marko to witness the outcome of his experiment. To finish this Stranger Mission, you’ll need to return after more than 48 hours has passed, inside you’ll find out the fate of Marko along with unlocking a Trophy/Achievement.

Discover the fate of Marko Dragic.