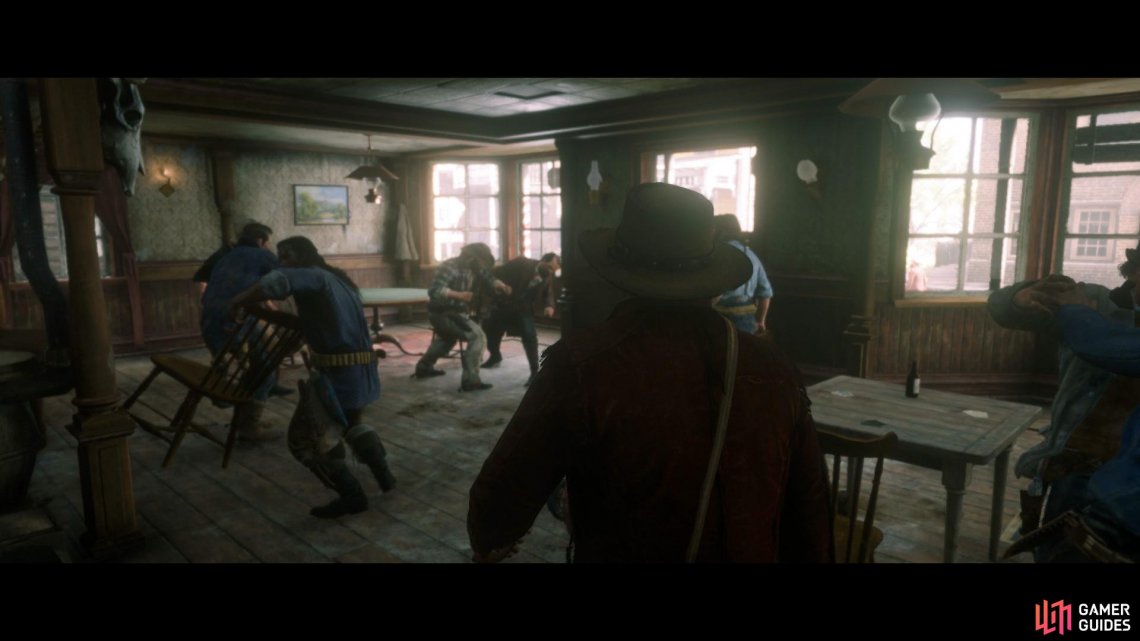 Another quick mission with a somewhat easy Gold Medal to go along with it, this mission will get you more used to brawling in Red Dead Redemption 2. Head to the Saloon in Valentine to meet up with Javier and Charles. What starts as a calm drink with your fellow gang members escalates into a drunken brawl.

Your first encounter is a simple one, just use the melee button to beat down the man who attacks you from behind. Once he’s knocked down, head over and help Bill out when a large burly man by the name of Tommy comes downstairs and begins beating on Javier. Arthur will be grabbed from behind, quickly press the [O]/[B] button to break free and rush over to help out Javier. You’ll need to get to Javier within 15 seconds for the Gold Medal. 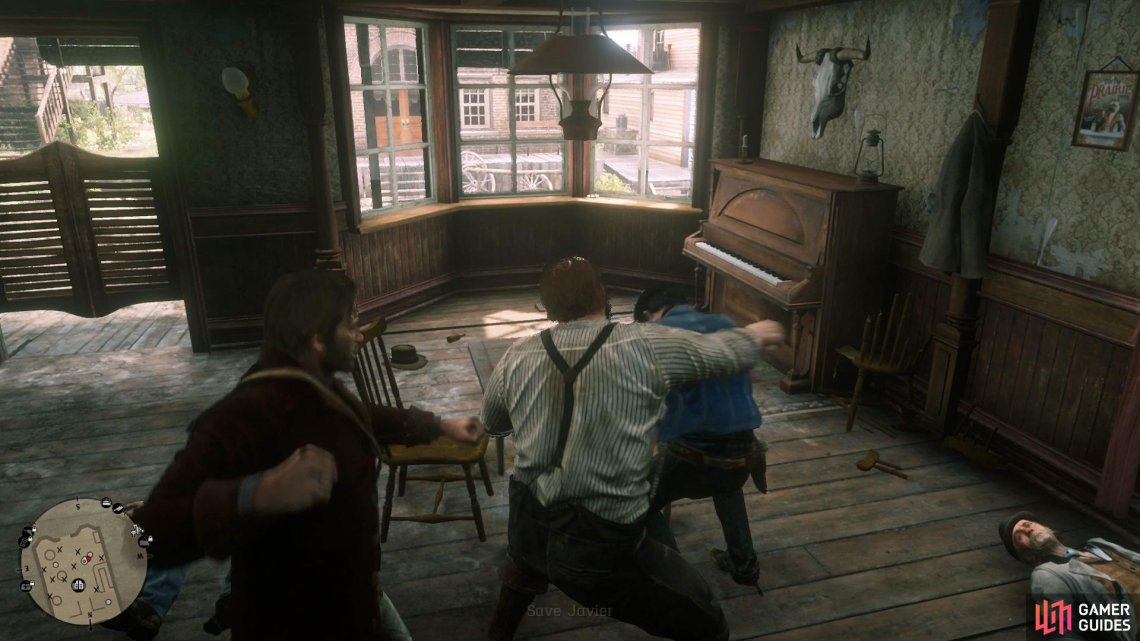 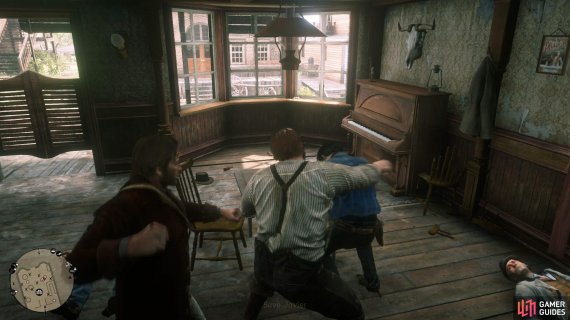 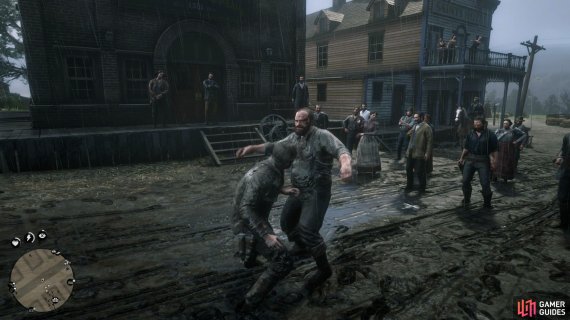 Quickly rush to Javier’s aid within 15 seconds (left), stay on the offensive against Tommy to take him out as quickly as possible. (right)

Tommy will throw Arthur outside into the mud and the fight will continue out there. Tommy is a lot tougher than any other brawl you’ve had so far as he’ll block a lot of your attacks and deal a lot more damage per punch. You can press the [Square]/[X] button just before Tommy’s punch connects to block, this allows you to counter with a few punches of your own. Alternatively, hold down the [L2]/[LT] button and press a direction to dodge his blows, again leaving him open for a counter. You’ll have to be quick during this fight, you have 1 minute 30 seconds to defeat him if you want that Gold and you should have more than enough time providing you stay on the offensive.