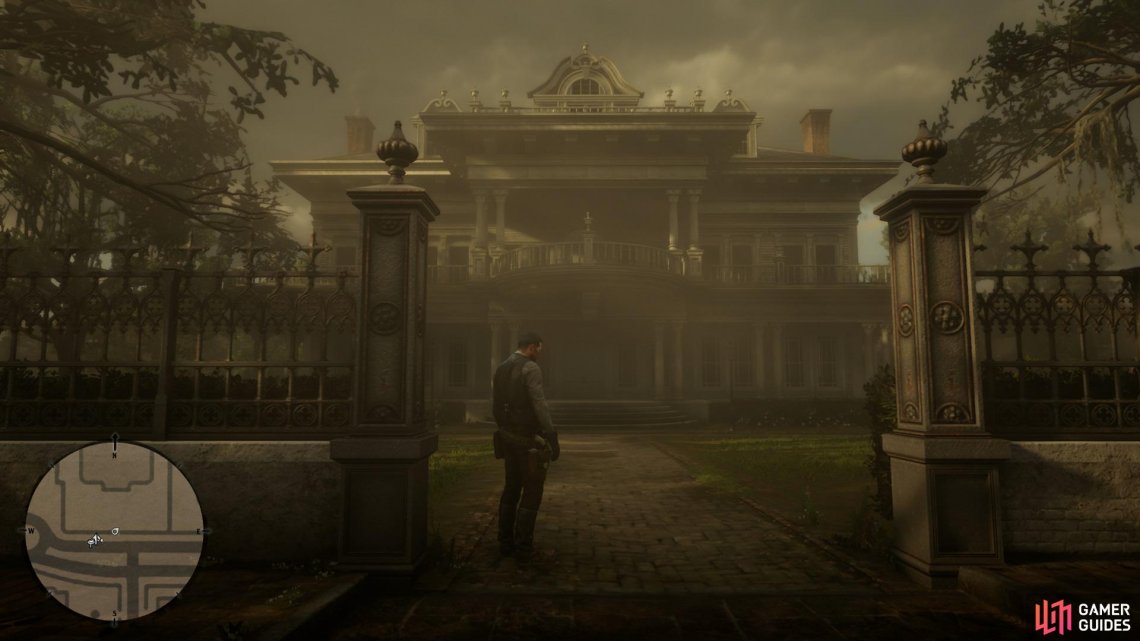 Upon completing the mission The Gilded Cage in Chapter 4, Mayor Lemieux will send a letter to you. Upon reading it, you can then head to his residence found in the northwest edge of Saint Denis between the 10pm and 5am. Mayor Lemieux requests that you look into a Professor Shiftacre at the Art Gallery and find out why he claims the collection of works are fake.

Leave the mansion and make your way to the Art Gallery in the east of Saint Denis where you’ll encounter the Professor. Tail him from a distance and then as he approaches the fountain, confront him without any witnesses around. You’ll need to either Threaten or Intimidate the Professor to get the desired result and then leave and return to Jean-Marc on the main street.

Idealism and Pragmatism for Beginners II¶

After waiting at least 48 hours, you’ll receive another letter from the Mayor requesting your assistance once more. Return to the mansion at night and this time you’ll need to shake down someone for some donation money. Head along the road to the north and when the carriage drives past, board it and Intimidate Hector to get him to agree to donate.

Idealism and Pragmatism for Beginners III¶

Return to the mansion one final time at night and the Mayor will ask you to go and speak to Jean-Marc about his possible leak to the press. Make your way to his house to find him just about to enter it and then make carry him back to the mansion undetected, making use of the park here will aid you in remaining undetected.

Follow the Mayor to the backyard and you’ll eventually be given a choice with how to resolve this mission. Choose to kill Jean-Marc will result in a small Honor loss but a permanent 10% discount at all stores in Saint Denis, a very useful reward due to all the stores found here. Alternatively, spare Jean-Marc to obtain an Honor boost and a letter from him a few days later, informing you that the Mayor has resigned.