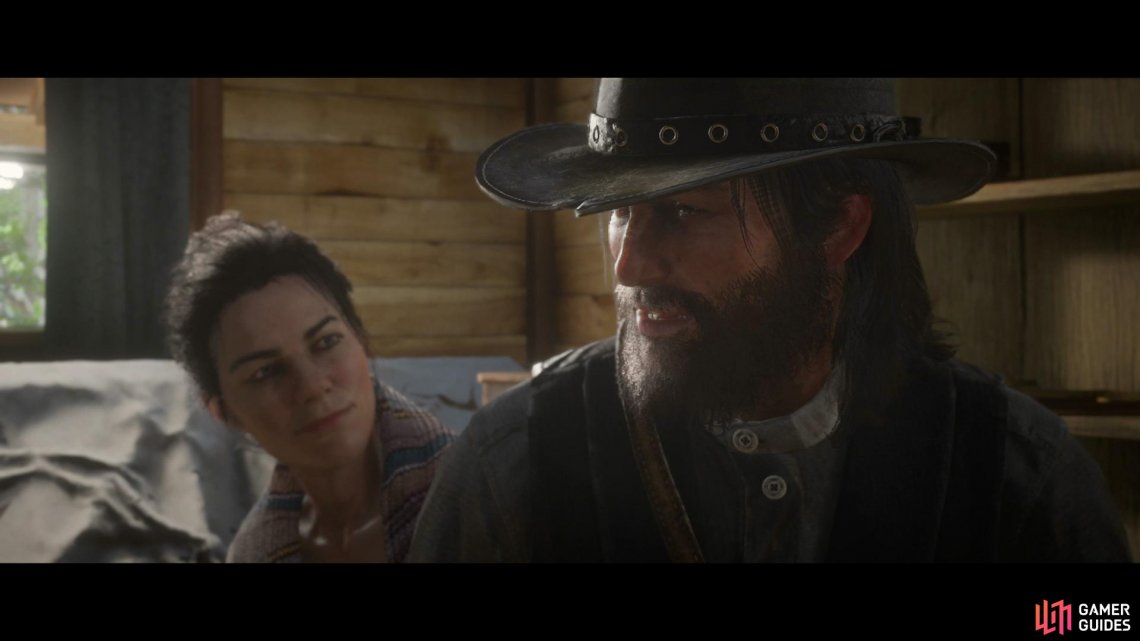 This is another mission where you’re on the clock if you want to grab the Gold Medal and the time requirement is strict so you’ll need to skip every cutscene and also be efficient at tracking. Head into the ranch and speak to Abigail to get the mission started.

After the cutscene, you’ll find yourself out on another job with Sadie, heading up to Tall Trees. Follow Sadie into the area and you’ll come to a stop at a mangled camp. Dismount from your horse and check the camp out and Sadie will remark on the direction the bounty may have fled. Activate Eagle Eye and follow the tracks to the southeast until you reach a cabin, dismount from the horse and head inside to find the remains of a bounty hunter.

Following this cutscene, you’ll automatically enter Dead Eye as the bear begins charging at you. Make sure you land at least four hits before the bear reaches you, it doesn’t matter where you hit it as long as the shots make contact. Regardless, the bear will begin mauling John so rapidly press the [Circle]/[B] button to break free and Sadie will scare the bear off. 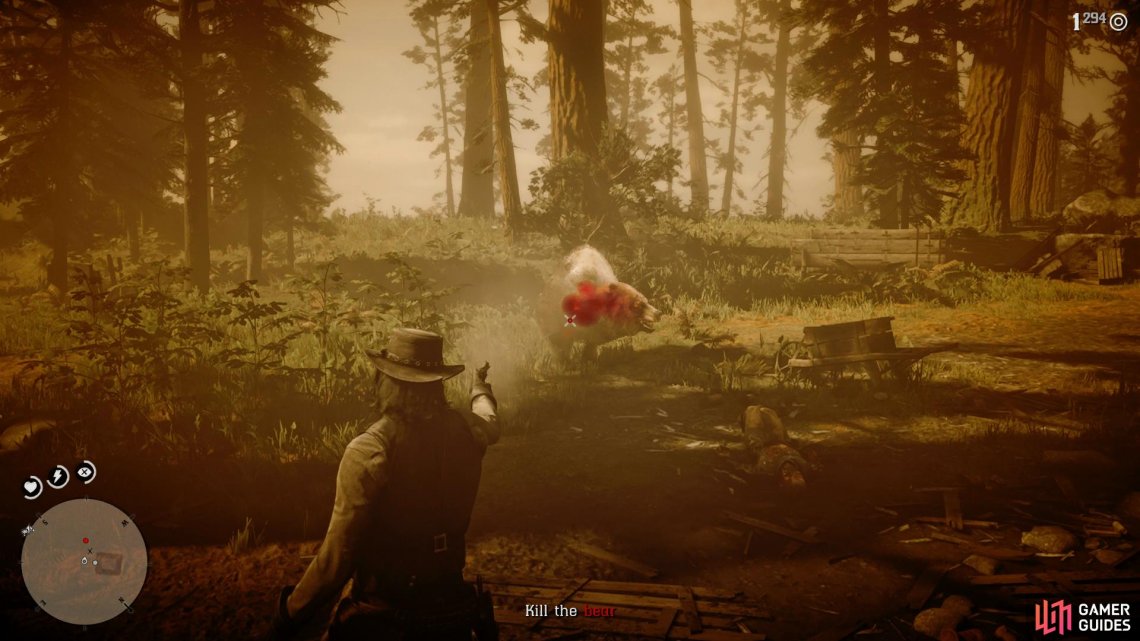 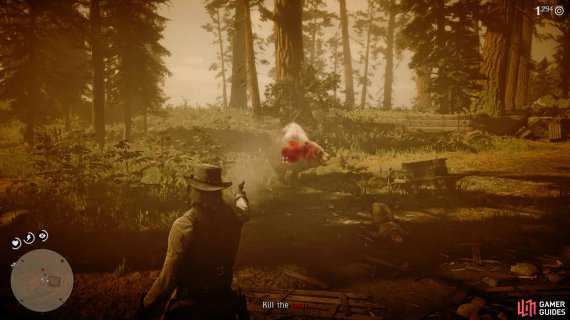 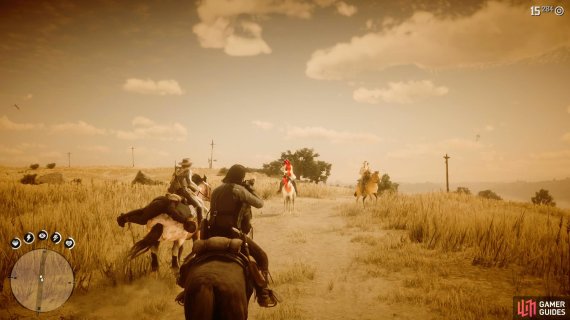 Be sure to land at least four shots on the bear (left), activate Dead Eye and headshot the men before Sadie has a chance to react. (right)

With the bounty now secure on the back of Sadie’s horse, begin the ride back to Blackwater. Along the way, two rival bounty hunters will stop in front of you, before Sadie has time to react, enter Dead Eye and headshot the pair of them. You can now freely ride back to Blackwater as Sadie informs Jon of the latest whispers about Micah.