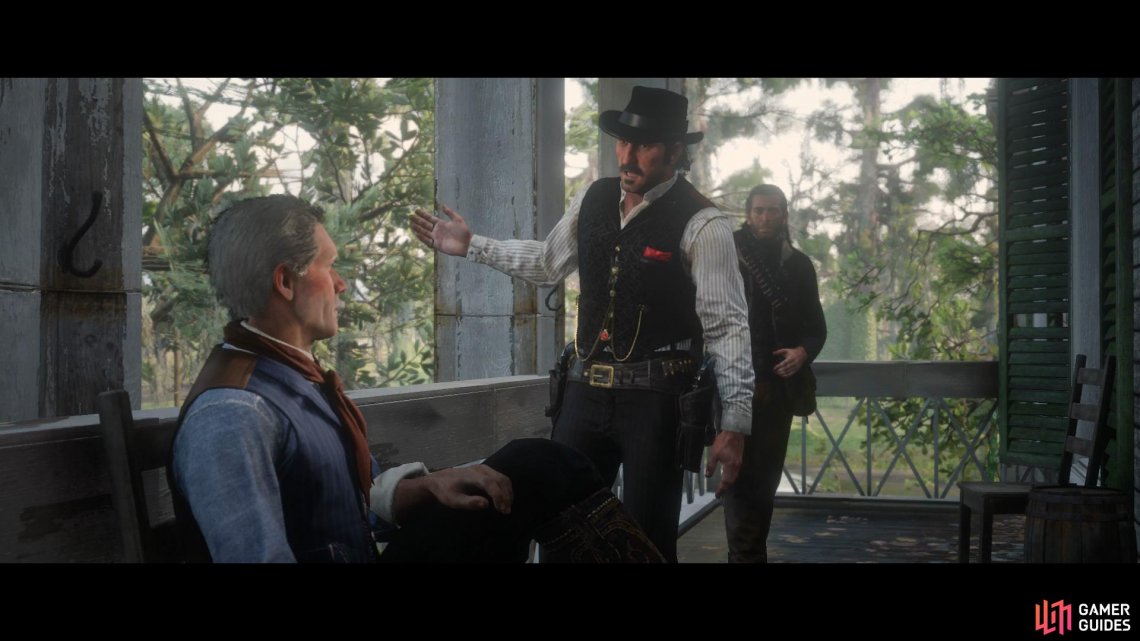 Head upstairs in the camp house at Shady Belle to find Hosea and Dutch discussing what to do about Bronte’s treachery. As Arthur agrees with Dutch, the pair of them will set off to meet a local fisherman.

Once you reach the marker, trudge through the swamp with Thomas and Dutch following the onscreen instructions as you reach the traps. Continue to follow Thomas and pay attention to his comments about stopping while the gators are swimming past. Eventually you’ll go your separate ways to search for Jules so head over to the marked area and then look for a light in one of the nearby tress. Beckon to Jules and then head over to the skiff to wrestle it free and group up once more.

On the trip back, the boat will become stuck and Jules will attempt to pull it free. He’s successful however the Bullgator has returned and pulls him under. Quickly jump out of the boat and run as fast as possible to Jules, you’ll need to be sprinting as fast as possible throughout this section for the Gold Medal so consider using a Biters if possible. Once you get closed, Jules will get pulled under again, listen to his shouts and then run over to him when he emerges once more. With Jules now on Arthur’s shoulder, sprint back to the boat as quickly as you can once more, the timing is tight here so you may need to repeat this a few times. 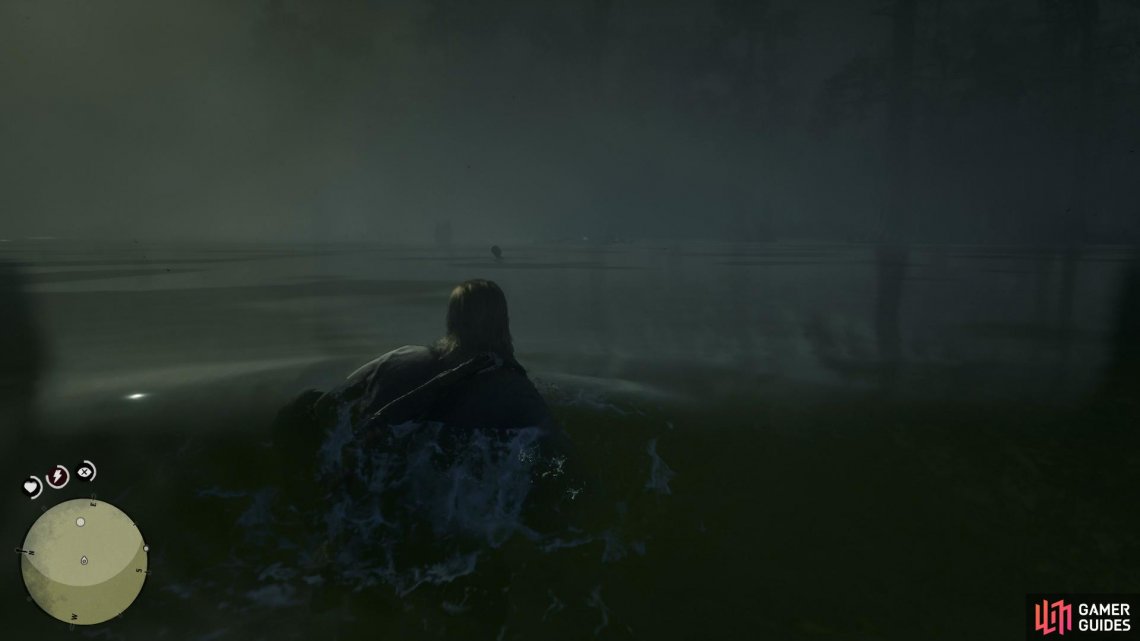 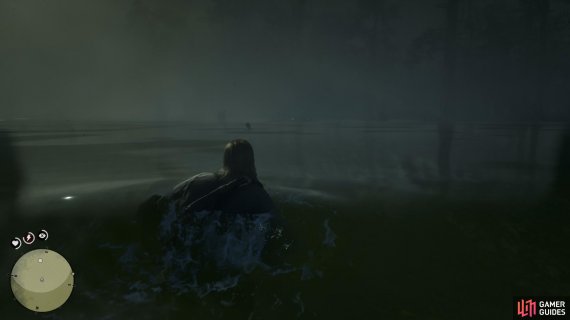 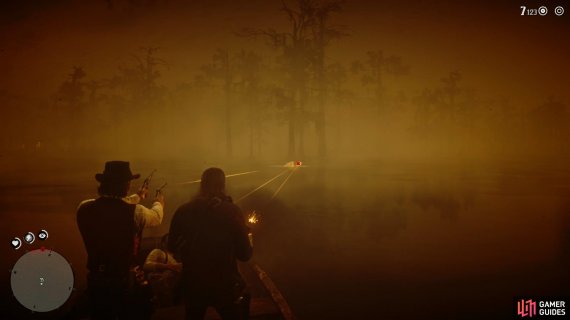 Sprint as fast as possible, you’re on the clock (left), use Dead Eye to land the five shots you need for the Gold Medal. (right)

The Bullgator now makes an apperance, enter Dead Eye and unload as many bullets as you can into it. You’ll need at least five for the Gold Medal and it’s easy to score many more hits than that. Once the Bullgator swims away, apply a bandage and pressure to Jules’ wound following the onscreen instructions. If you missed the Bullgator during the first apperance, you’ll get another chance here to unload more bullets in it, between the two you should easily score at least five.