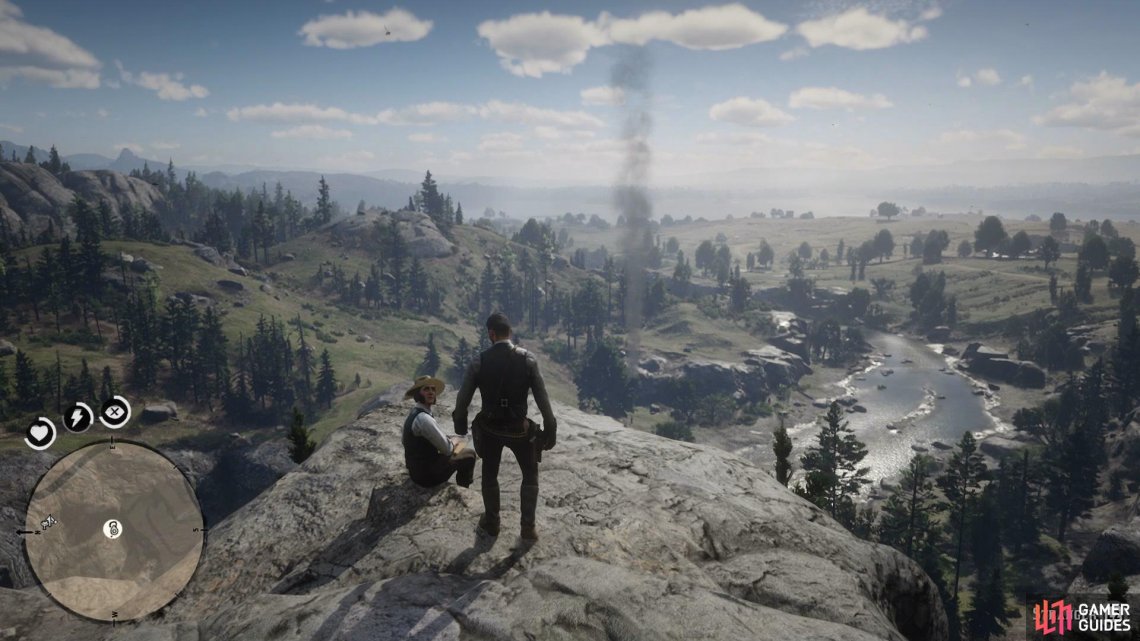 You’ll be able to begin this Stranger Mission from Evelyn Millar, once you’ve completed the Landowning Classes Main Mission. You can find Evelyn Millar sitting on top of a mountain doing some writing to the southwest of Strawberry.

Once you’ve arrived there, speak with him to view a small cutscene and then head over to his small cabin in Tanner’s Reach, where you’ll need to setup camp and sleep for a couple days to get the second part of the mission to become available.

After a few days rest, head up to the cabin and speak with Evelyn again. Now he’ll want you to follow him so he can show you something, but you’ll be stopped in tracks for a moment as an animal has gotten itself trapped. Simply head over to it and press the button that is shown at the bottom right of the screen to release it.

Jump back onto your horse and continue following Eveylyn until you come across a camp and wait a few seconds for a fight to occur and then pull out any weapon and use deadeye to take them out, now speak with Evelyn again to complete this part of the mission.

You’ll now need to head back over to the Evelyn’s Cabin and set up camp again as you’ll need to skip past a couple more days until you can begin part three. Once the mission has become available head over to the cabin and leave some food in front of his door.

Same as before, skip forward a few more days and then leave some more food outside the cabin.

Sleep for a few more nights and then return to the cabin where you’ll notice Evelyn has passed away, head inside and pick up his book to read his last request to you. Evelyn wants to be burned to be with the Eagles, simply exit the cabin and set it on fire, destroying it alongside burning Evelyn.