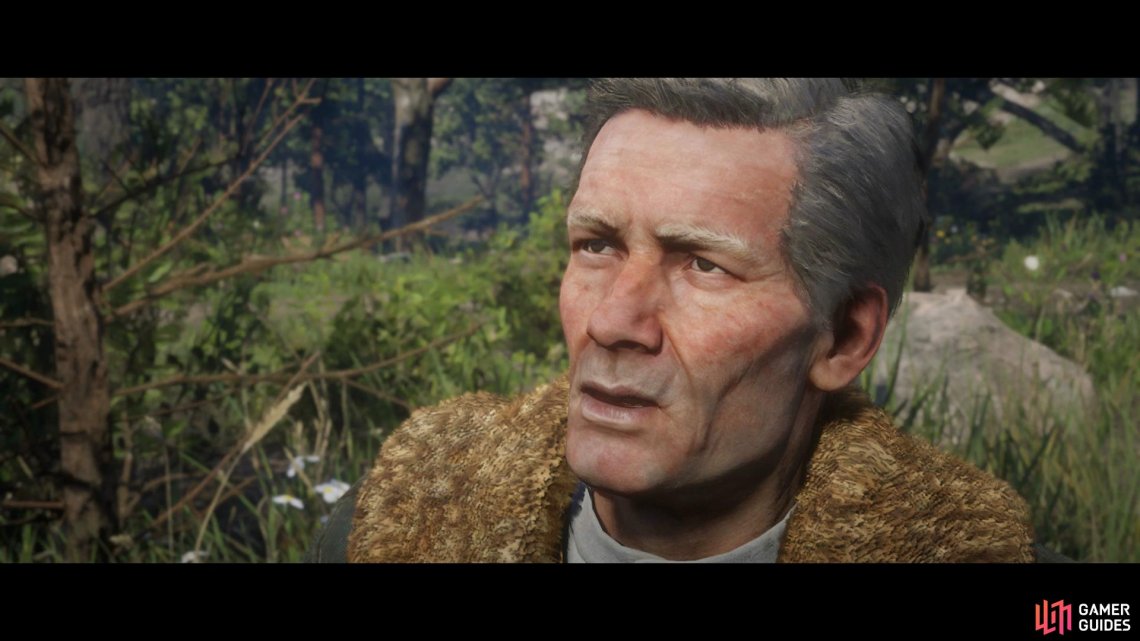 You’ll find Hosea at the camp with a mission for you once you’ve completed an initial mission in Chapter 2. He’s tracked down a bear and wants you to go hunting with him. The real difficulty in obtaining the Gold Medal in this mission is completing it within 12 minutes as time is tight and you’ll almost certainly have to skip cutscenes to save time where you can. Consider playing this mission normally and then replay it after to go for the Gold.

Once you gain control, quickly remove your Saddle from your old horse and put it on the new one. Whenever you get yourself a new horse, you’ll have to transfer Saddles to register it as your main horse. Gallop now as fast as you can alongside Hosea to reach the Valentine Stables and ride the horse inside. You can skip the next cutscene for time should you wish and you’ll be directed to buy a new horse, consider the Morgan for now as you don’t want to waste all your funds on a horse right now. 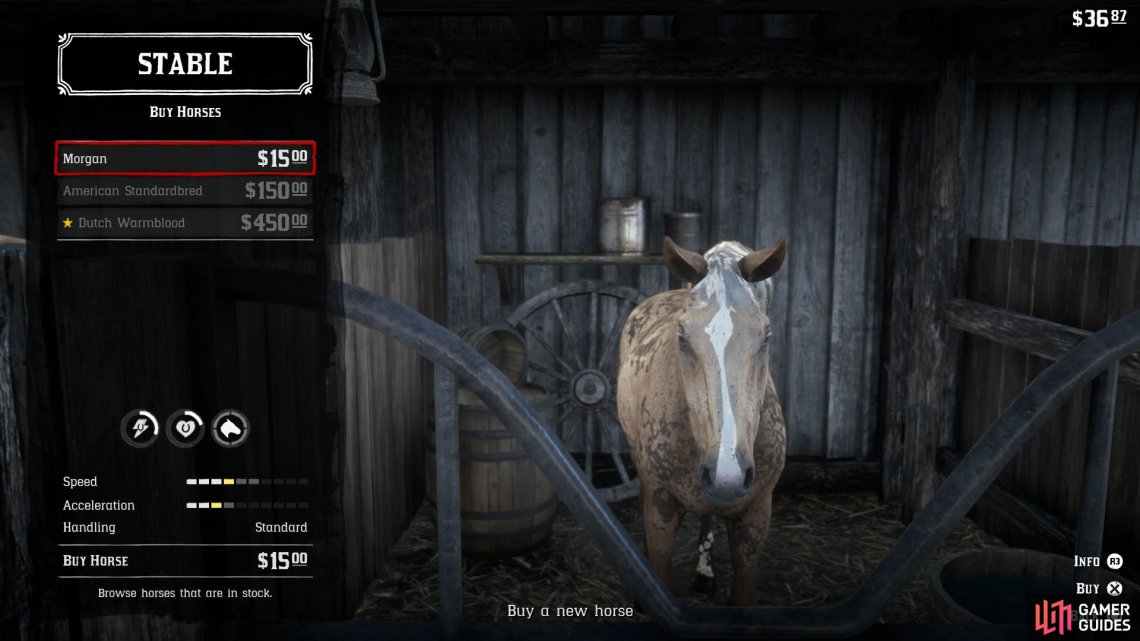 Don’t waste all your money on an expensive horse just yet.

Mount the new horse and set off with Hosea once more, again galloping as fast as possible to use as little time as possible. After the next cutscene you’ll be able to pick up the pace a little more, do so and race as fast as you can until Hosea decides to call it quits for the night. You’ll need to hunt a nearby Rabbit so grab your rifle (you don’t need to worry about the quality of the kill for this mission) and head down the path to snag yourself a Rabbit. Return to Hosea with it and follow the onscreen instructions as you learn about making camps and cooking meat. Only cook the once and then back out of the menu to save yourself some more time and then sleep for the night. The next morning you’ll need to make the Potent Predator Bait that Hosea gives you the recipe before and then quickly break camp. 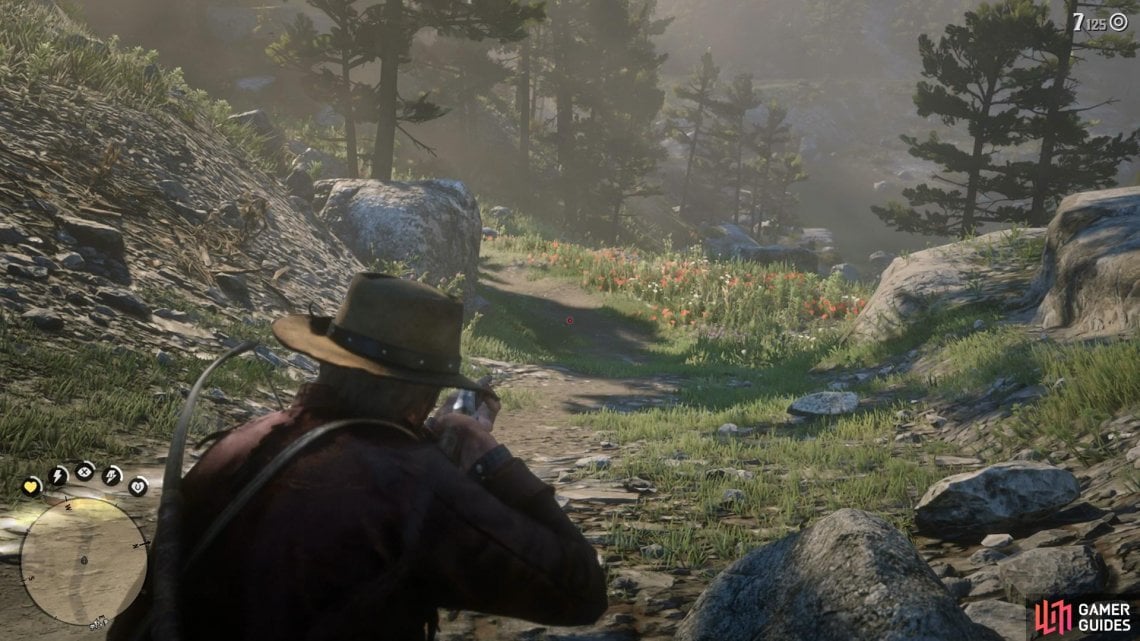 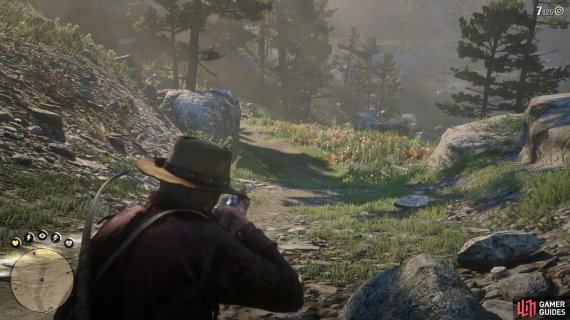 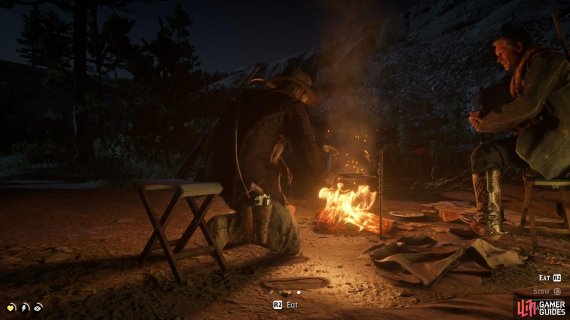 Use your rifle to quickly take out the Rabbit (left), back out after eating once to save precious time. (right)

Continue to follow Hosea as quickly possible until you reach the lake and dismount the horse, not forgetting to take your Rifle along with you. You’ll be instructed on how Eagle Eye works when hunting Legendary Animals, you’ll see a golden sparkle which indicates an investigation. You don’t need to stay crouched for this so quickly follow the trail while investigating the golden sparkles each time the trail goes cold.

Eventually you’ll be given a choice from Hosea to either split up or use the bait, choose the bait. Place it in the indicated spot and then take cover behind the nearby rock with Hosea. After the bear fails to take the bait, head over to it with Hosea and inspect it once more and the bear will jump the two of you. While in Dead Eye, quickly tag it six time and let the shots off, if you’re caught by it then continuously press the [O]/[B] button to get free and then unload more bullets into the bear. The bear will escape and Hosea will decide to call it quits, decide to stay when given the choice. 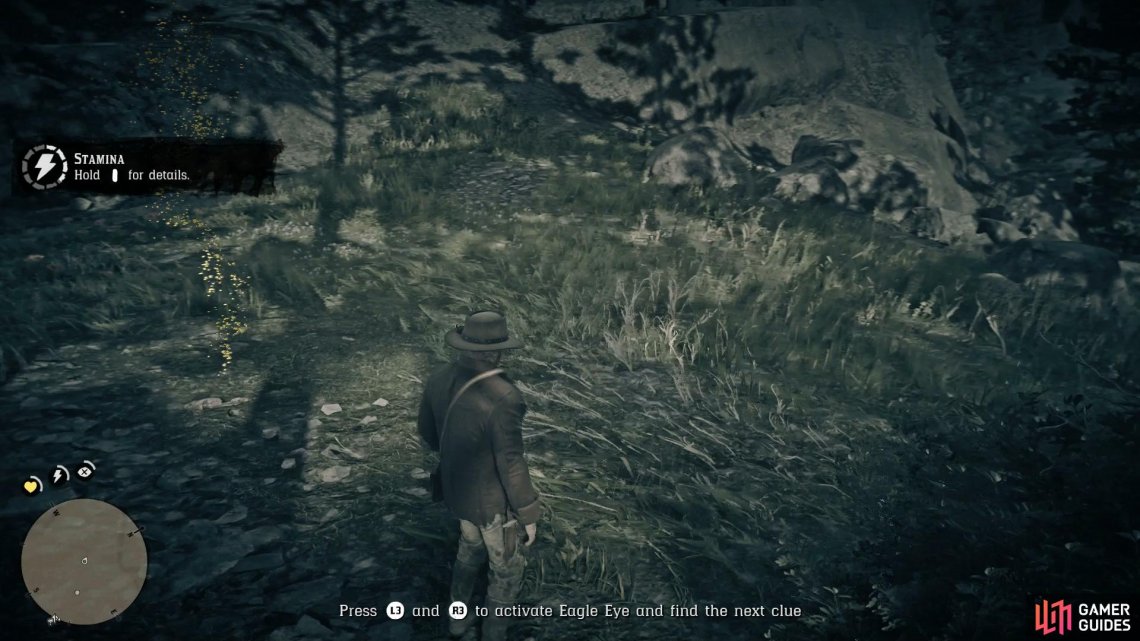 (1 of 2) Quickly dash between clues to save time 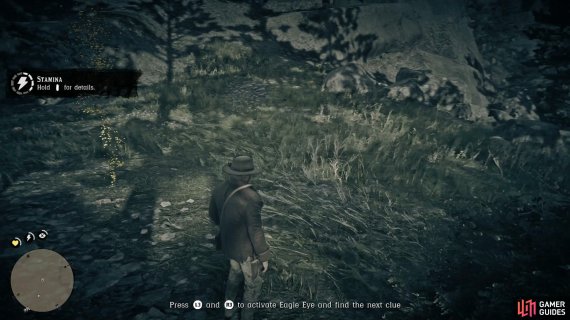 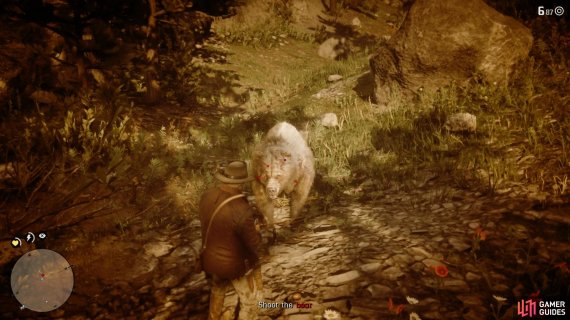 Quickly dash between clues to save time (left), you’ll need to register at least 6 shots on the bear during the attack for the Gold Medal. (right)

Although the mission has finished at this point, it’s a good idea to stick around and hunt the Legendary Bear. Be sure to have your rifle equipped and then follow the nearby clues to find the bear a little north of your position in the trees. While still at a distance, use Dead Eye to tag another six shots and kill the bear. Head on over to it and skin it, bringing the large pelt back to the horse and stow it.

Legendary Animals are one and done, be sure you take the pelt with you upon their death if you wish to craft the unique outfits from them. 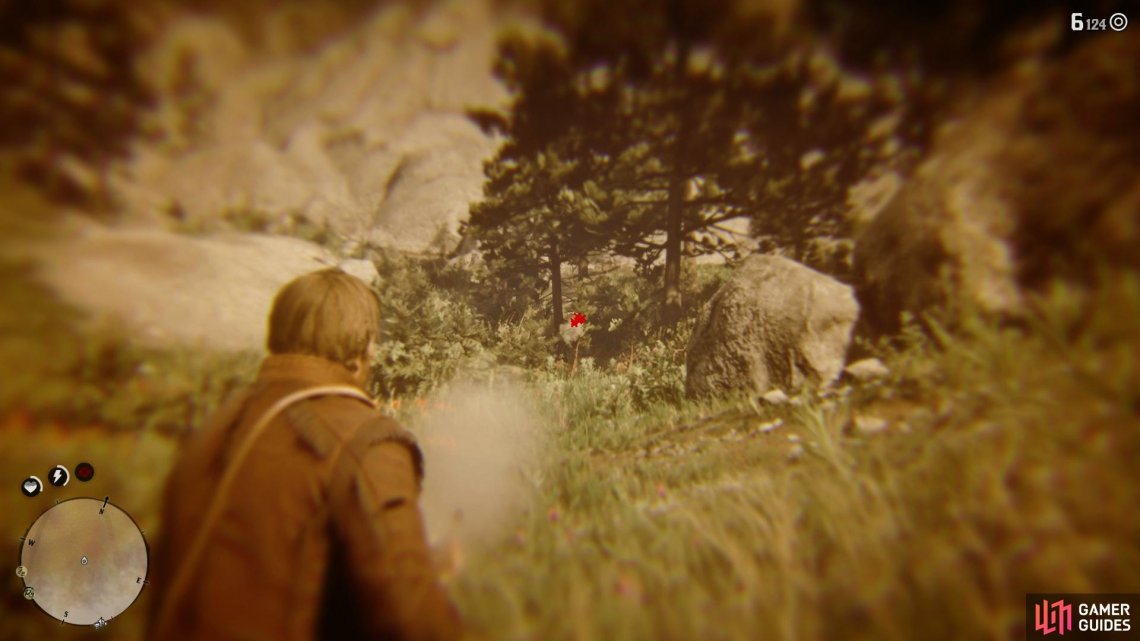 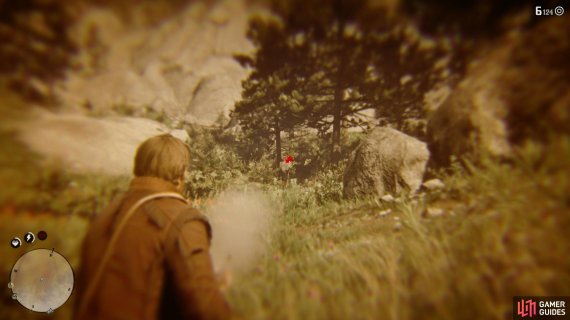 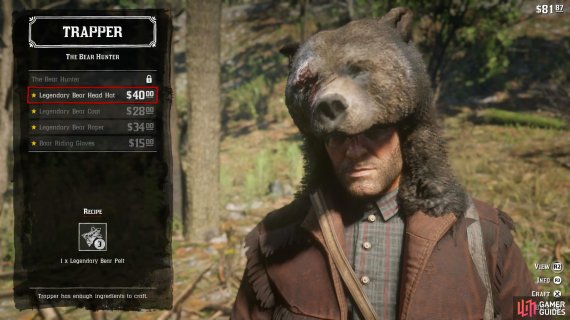 Use Dead Eye from distance to take the bear out with six shots (left), the Trapper will take Legendary pelts to craft unique outfits. (right)

These Legendary pelts are unique in the fact that you can’t take them to Pearson, you’ll need to head to the Trapper found far to the east of your location. Open the map and plot a journey to him, you’ll find he’s set up camp amongst the trees. The Trapper is a unique shop in that he will pay you well for any Legendary pelts and allow you to craft unique outfits out of the parts you obtain. Sell the pelt for a hefty $60 and then buy the hat should you wish, you’ll also obtain materials that can be used at a Fence once unlocked.