This Stranger Mission can be done anytime during Chapter 2 and beyond, but there’s a catch. You need to have had a Chance Encounter with one of the Night Folk, which are people that only appear at night in the wetlands north of Saint Denis in the southeastern corner of the map. Your best bet is to ride around Lagras at night, keeping an eye out for any white blips on your map, as that means there’s a chance encounter nearby. You’ll know it involves the Night Folk, as they sort of resemble zombies and don’t use guns at all. 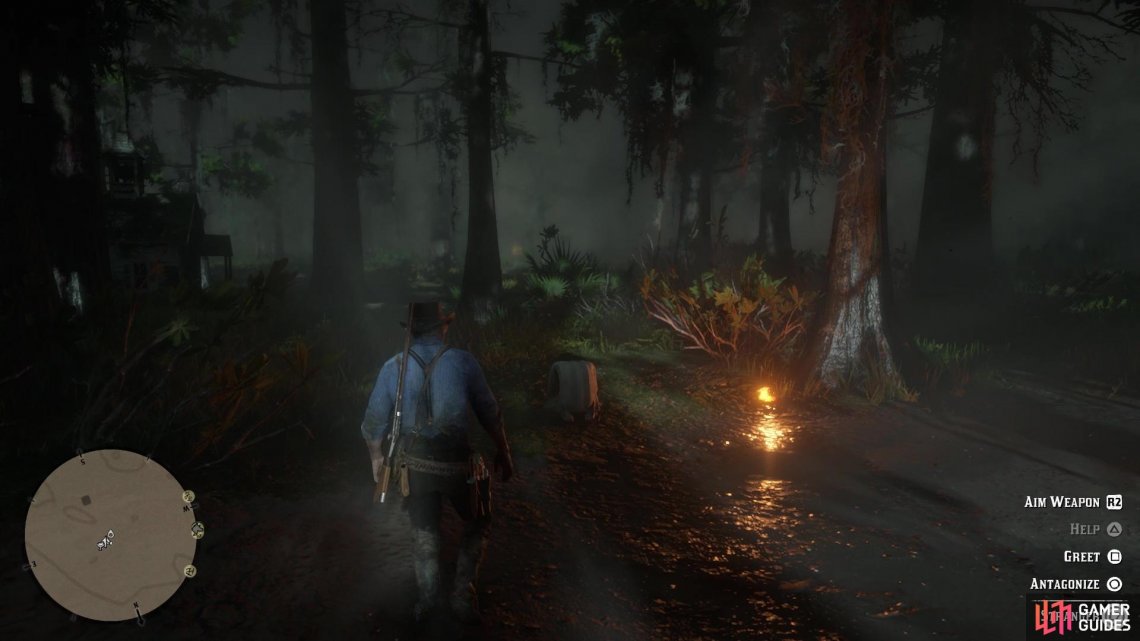 (1 of 2) You need to find a chance encounter with Night Folk first, like the lady crying above 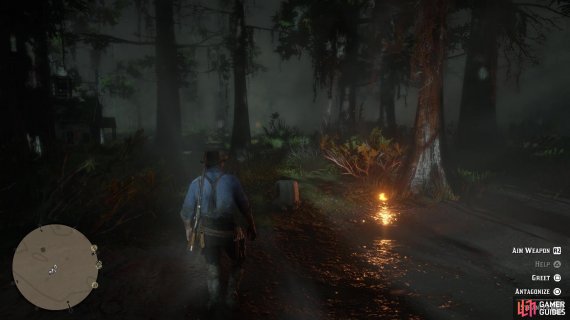 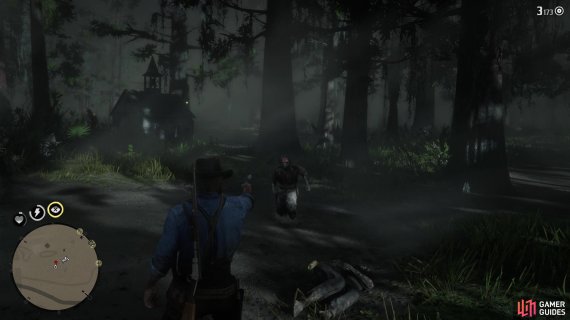 You need to find a chance encounter with Night Folk first, like the lady crying above (left), You’ll know they’re Night Folk by their appearance (right)

Once you get an encounter with the Night Folk, set up camp somewhere and wait until the following night. This should give ample time for the Stranger Mission to show up on your map, which should be northwest of Lagras on the map; remember, it has to be night. You should be an old man sitting by a campfire, right on the side of the road. Speak to the Stranger and agree to help him to take back his home from the Night Folk. You’ll have to follow this man back to his place, with him pointing out some dead bodies, but the trip there is uneventful.

Upon arriving at the cabin, the Stranger will point out that some Night Folk in the vicinity. There will be five of them and while they aren’t privy to your location just yet, opening fire on them will get their attention. There are two types of Night Folk, ones who have a bow and will stay back, with the other charging straight at you, typically with a machete or hatchet. The former aren’t a problem, but the machete-wielding ones can kill you in one hit, so make them a priority. 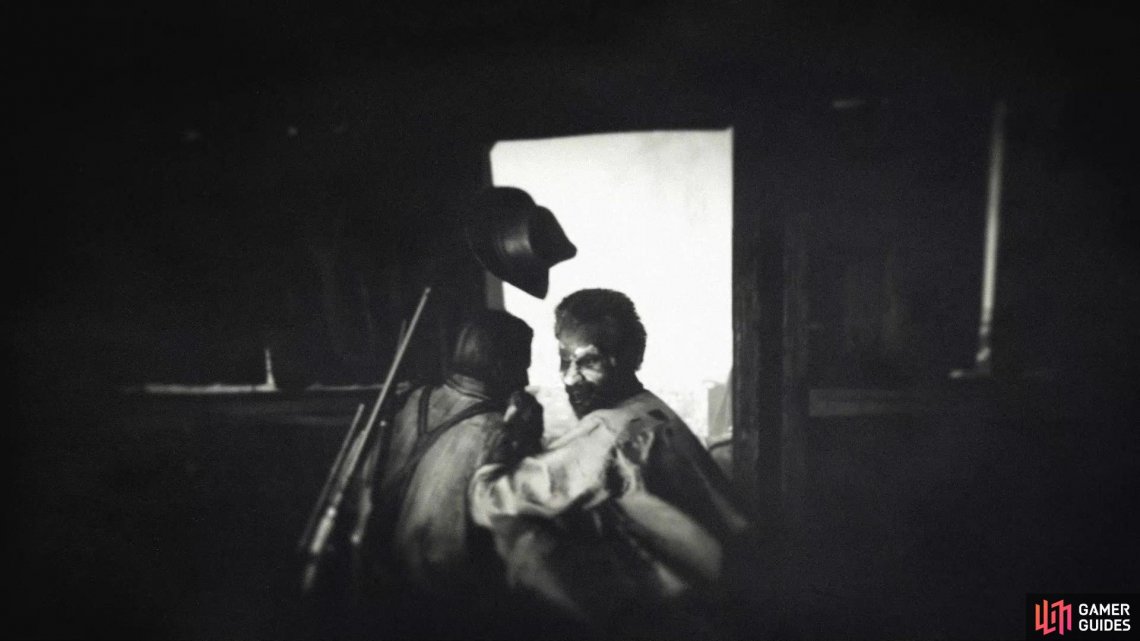 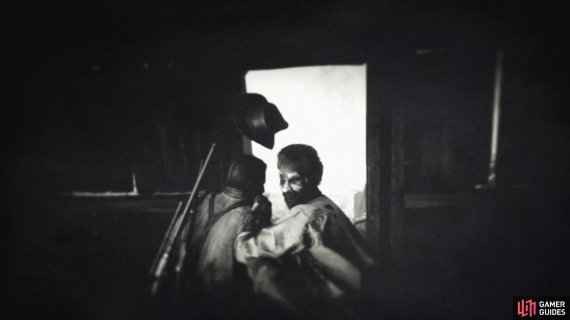 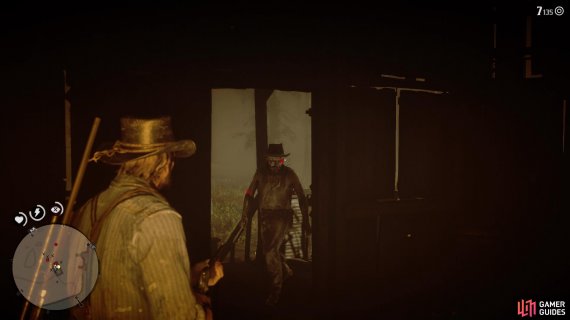 Melee enemies can kill you in one hit (left), Use Dead Eye to easily take care of the melee enemies (right)

After taking out the five enemies, follow the Stranger to his cabin, where he’ll be ready to give you your reward, except some more Night Folk show up. Once again, worry about the melee ones first, as they can kill you in one hit. The biggest problem is that you’ll likely be on the porch of the cabin, so head inside to let the enemies come to you, where you can use Dead Eye to take them out more easily. When they’re all dead, speak to the Stranger and accept his gift to receive a Gold Tooth and Perfect Muskrat Pelt.