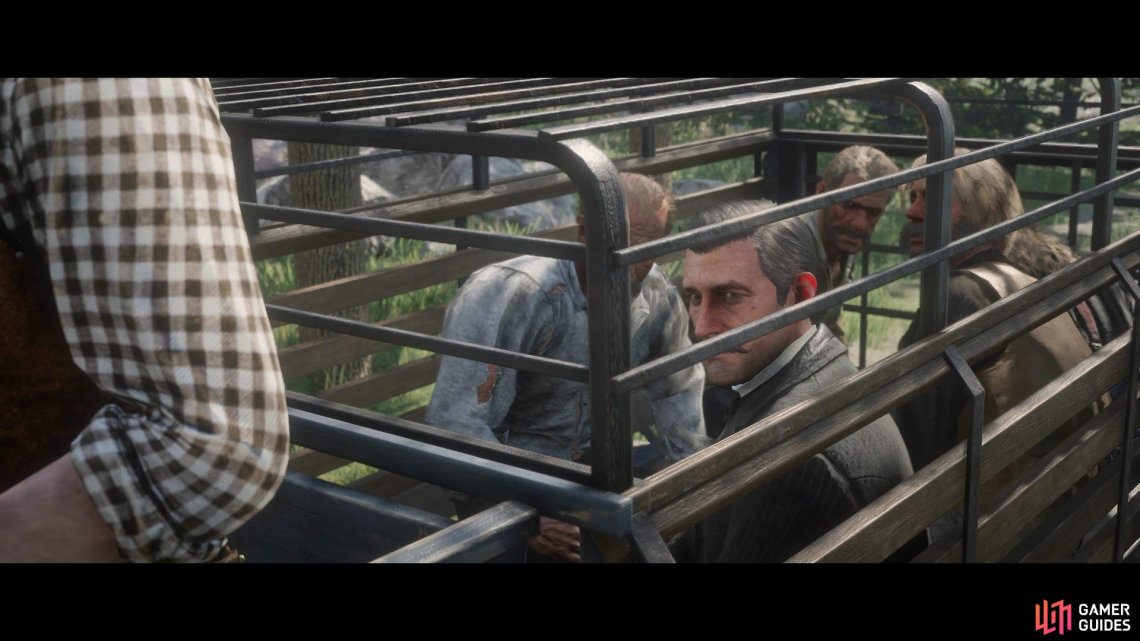 Head towards the lake and speak to Dutch to begin this mission as the three old timers decide to go on a fishing trip. Along the way, you’ll run into the local law who has Trelawny locked up, before you can sweet talk him out of the situation, the criminals break free and jump the train.

You’ll need to be quick during this who section, you only have 5 minutes 30 seconds to chase them down, subdue them and then return to the Rhodes Jail. Gallop as fast as you can until the train slows down as it passes through the station, riding up along the side to jump onto it. You’ll have to deal with a first target on the roof of one of the carts, dispatch him and then continue up the train to find Anders. 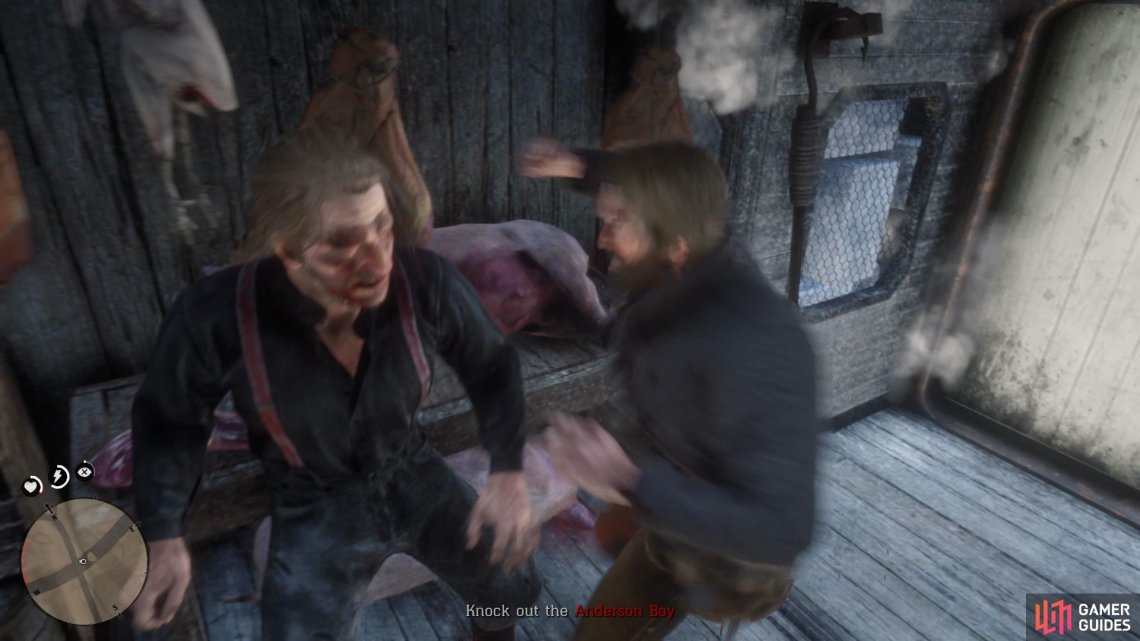 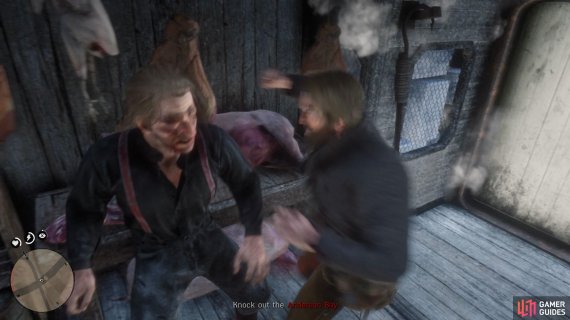 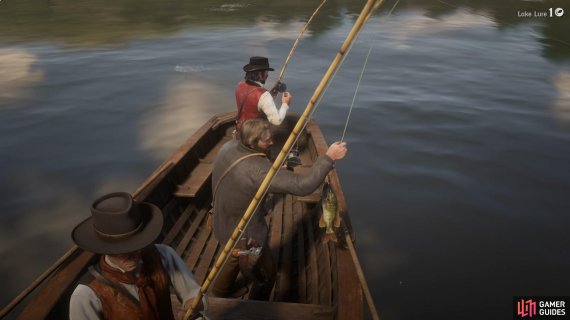 You need to avoid being hit during the brawl (left), be sure to catch at least one fish. (right)

You’ll have to avoid being hit by Anders during this encounter, goad him into attacking you and counter with the [Square]/[X] button to land in some free hits. Once Anders is knocked unconscious, pick him up and stow him on your horse, you’ll now need to Gallop as fast as possible back to the Rhodes jail to drop him off.

At this point you’ll get a choice to continue the fishing trip or to head back to camp. Choose to continue the fishing trip and follow Hosea to the boat on the shore. Row out to the marker and equip your fishing rod with the Lake Lure to begin fishing. You’ll need to ensure that you catch at least one fish during this trip for the Gold Medal and when you’re satisfied, unequip the rod to begin the row back to the camp and complete the mission.