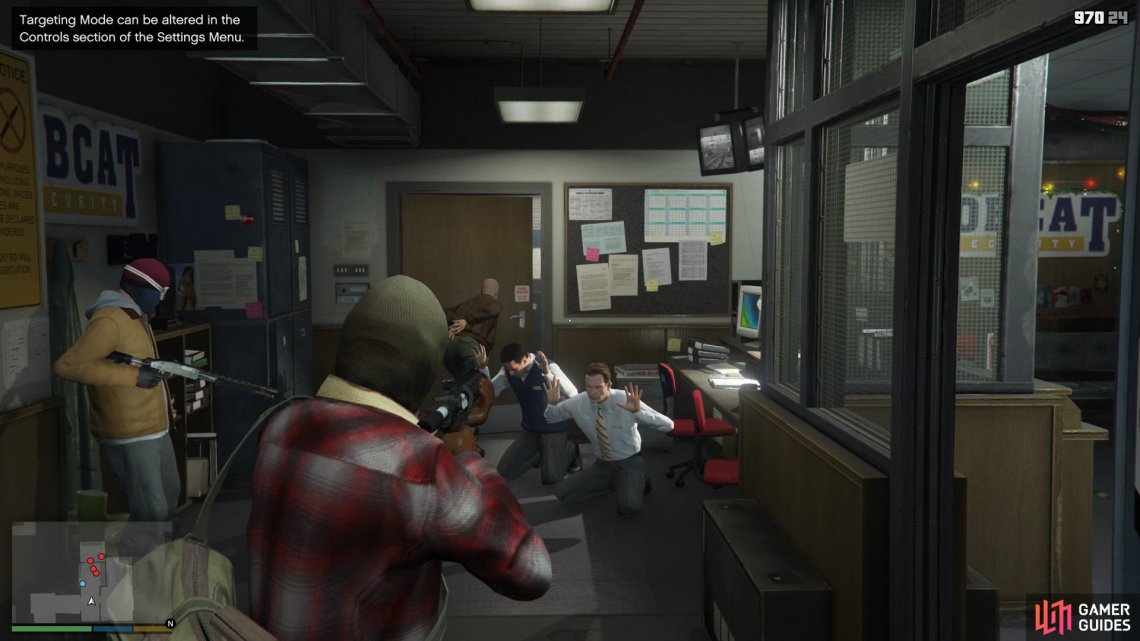 Once you gain control of Michael after the short scene, head over to the guards which are indicated as a red marker on your radar, then shoot around them to make them run into the closet. 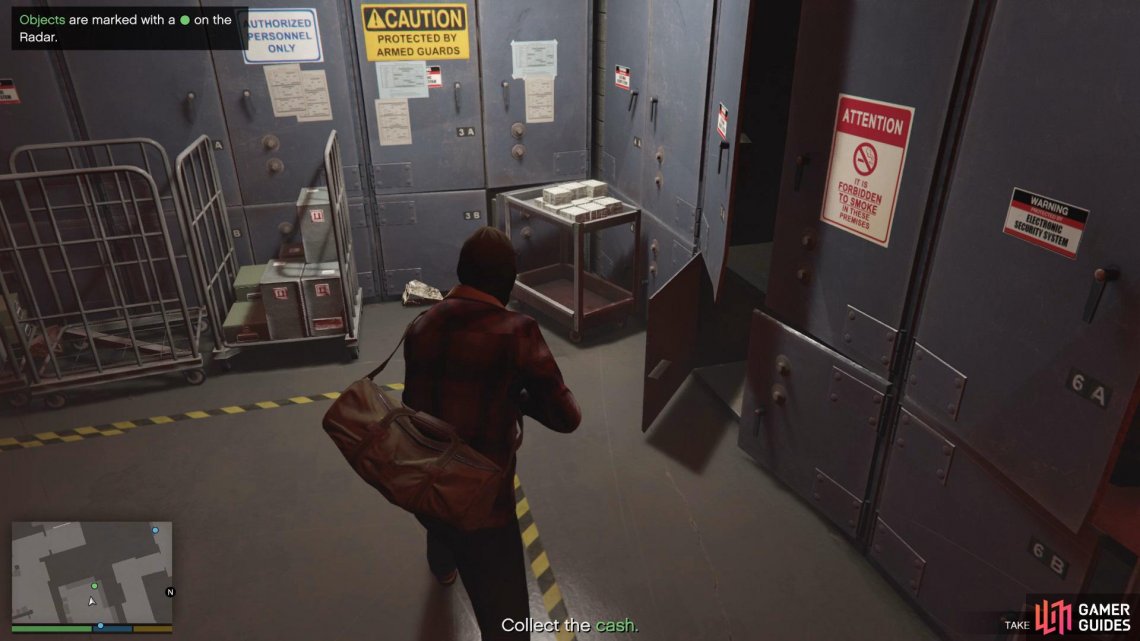 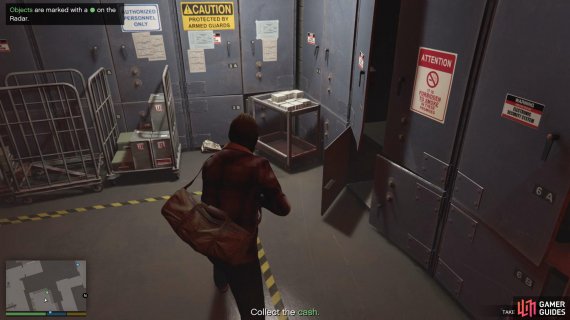 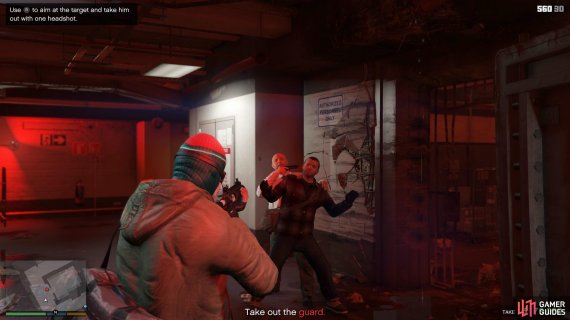 Steal the cash from the safe (left), then shoot the security guard that’s holding Michael. (right)

Press up on the [D-Pad] to detonate the bomb via the phone, them follow the corridor around to reach the safe. Gather as much cash as possible before following Trevor out into the corridor to grabbed by security. Here you’ll want to hold down on the [D-Pad] to switch over to Trevor, then aim for the securitys head by holding [L2/LT]. 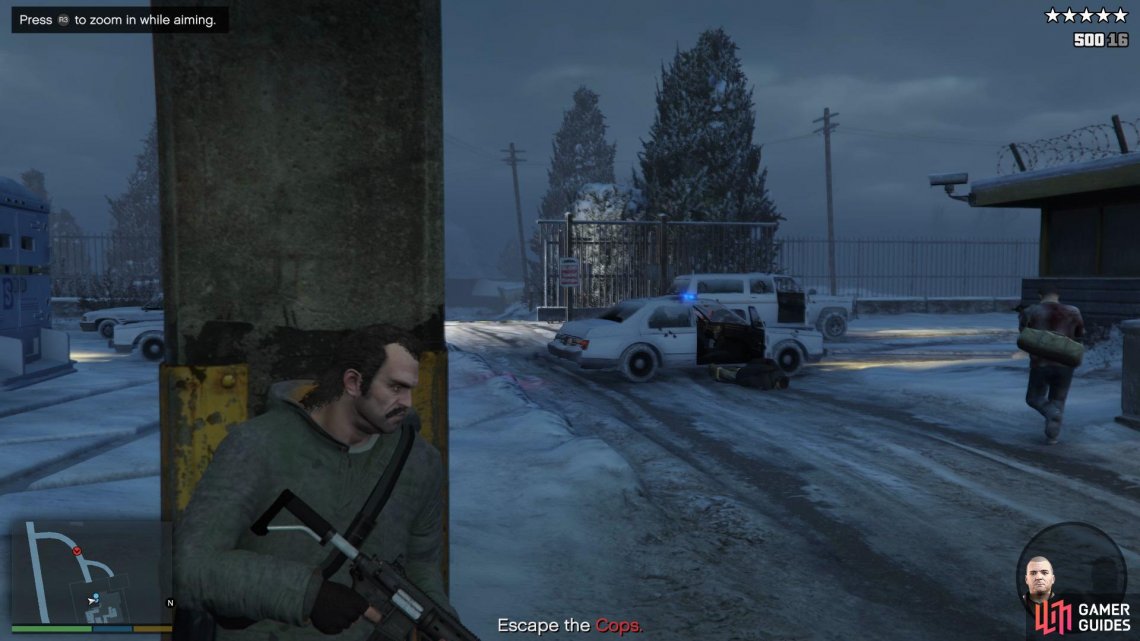 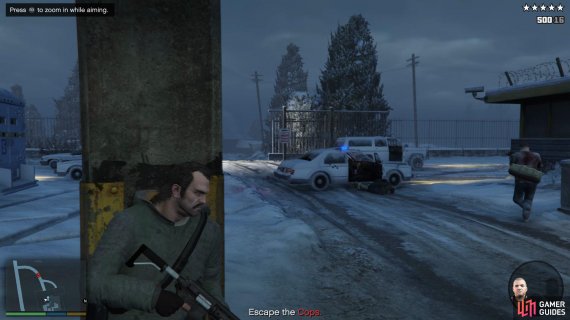 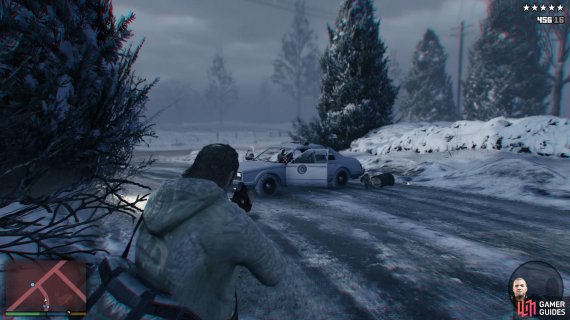 Use the pillars as cover from the police as you take down the first wave (left), then sprint towards the getaway car. (right)

Tip: Hold [R2/RT] to shoot the Police without people, so you don’t take any damage.

Once a few minutes have passed, switch back over to Trevor and sprint towards the vehicle up ahead whilst taking out the police along the way. After the scene has come to a close, you’ll gain control of the vehicle, so hold [R2/RT] to accelerate and follow the yellow marker to reach your destination.

Unfortunately, the vehicle is now out of use, so defend Michael by taking out the cops until the next scene begins to finish the Prologue.