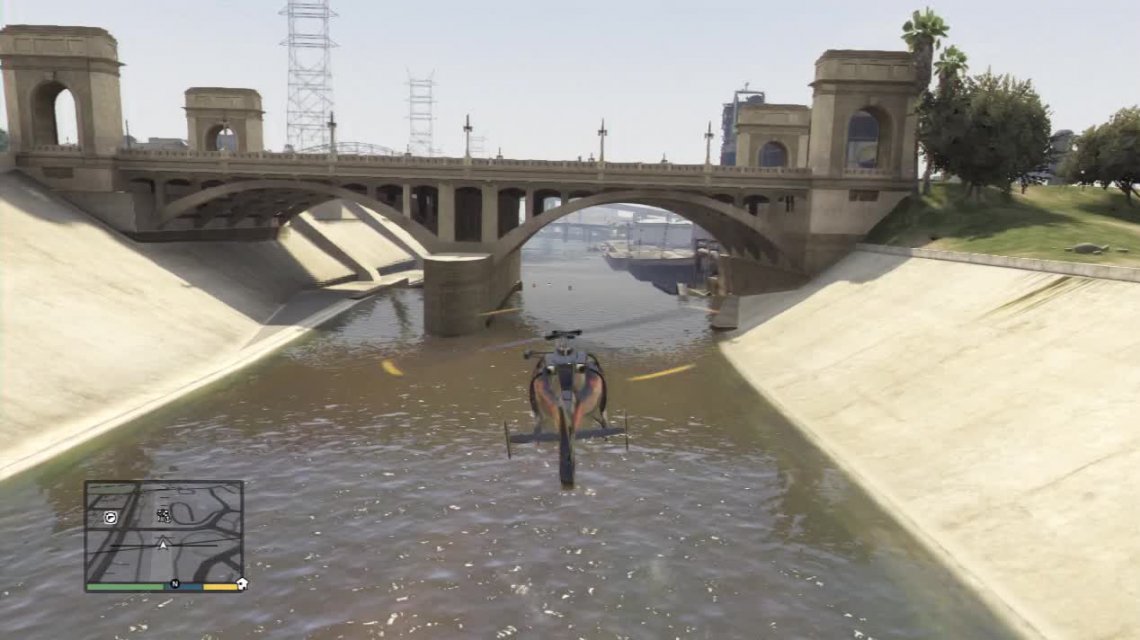 This bridge is not as tall as it looks so be careful.

Stick to the right side as you have a little more room though it doesn’t really matter. The helicopter will make it either way. 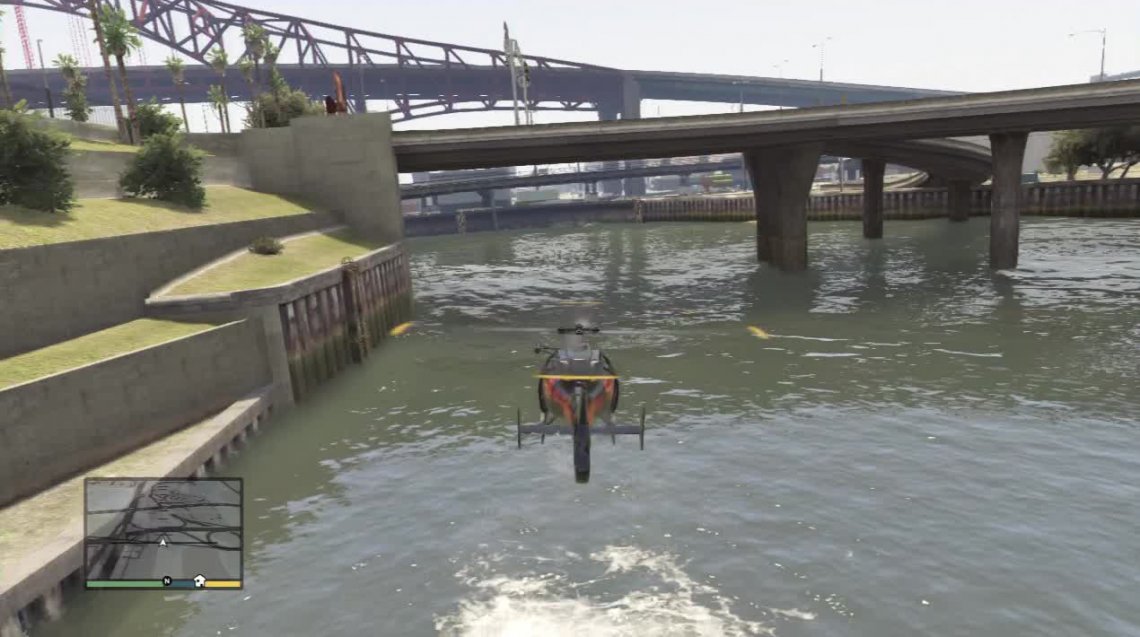 You may recognise this part of the canal from your travels and various races in the game.

You should obviously head for the largest opening to pass under the bridge to give you the best chance of getting under. You can pass under various parts but this is by far the best way. 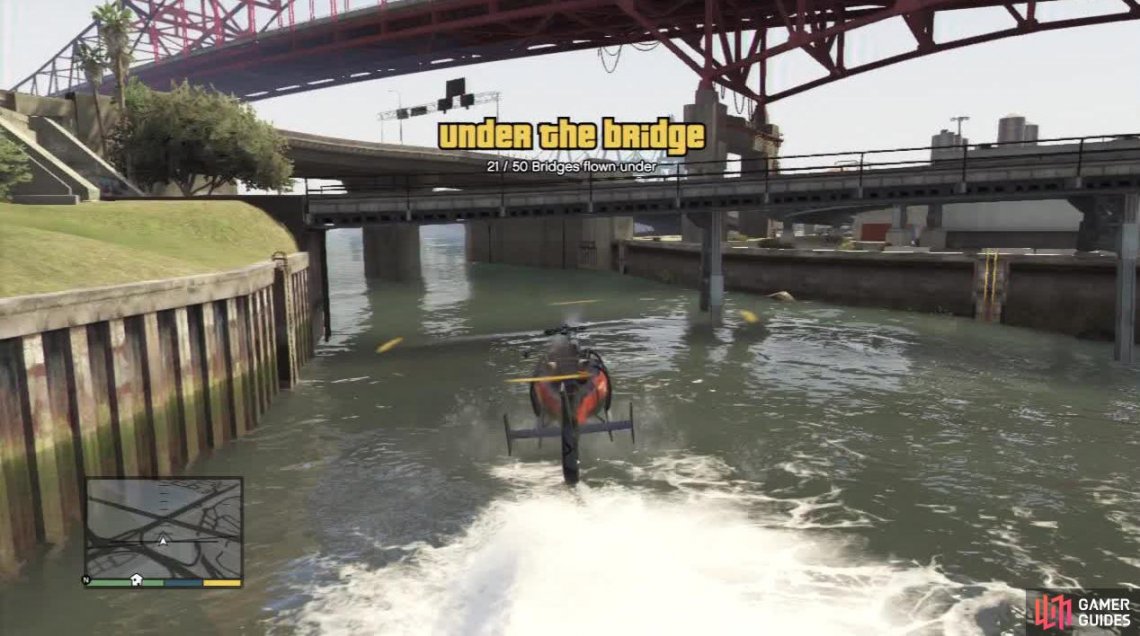 You will begin a series of 4 challenges starting with this one. All 4 are very close together as you come out of the canal.

Hover low in your chopper to gently pass under the rail bridge. It will bring you pretty close to the water so keep an eye on the water. You will definitely need a helicopter to get through this section. It is strewn with obstacles.

Keep the speed even and try not to tilt the helicopter’s nose too much or you could end up in the water or crashing into the various supports around. Keep low to the water because the bridge is very low. 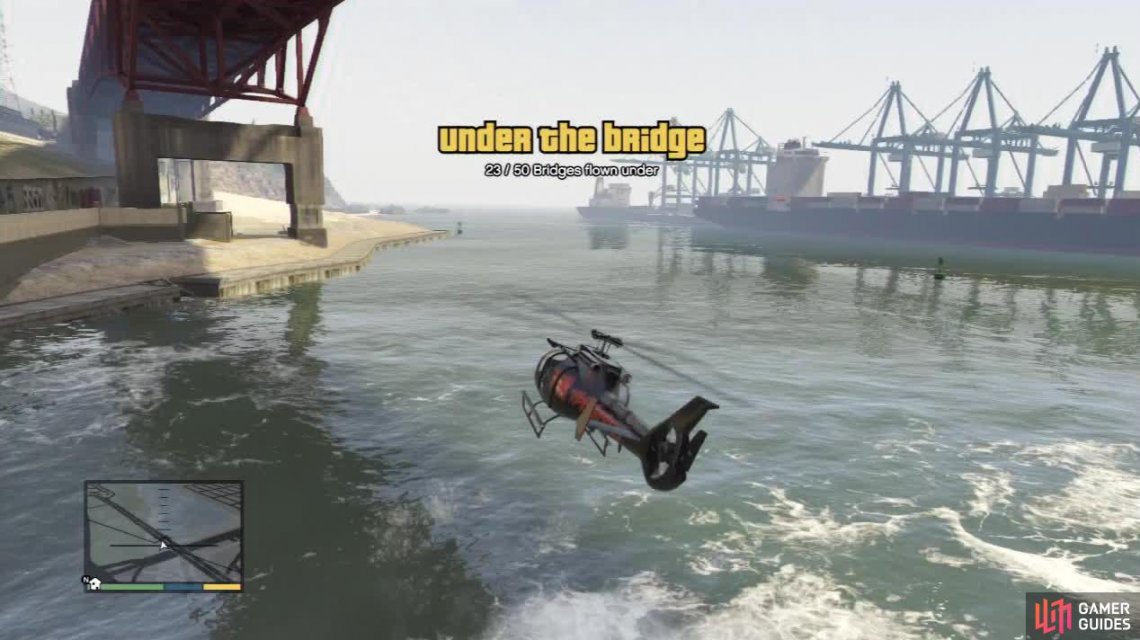 You can’t miss this one!

Feel free to gain some nice altitude for this one because it is one of the biggest bridges in the game. You really can’t miss it. This is the last of the bridges down this section of the canal.

Watch out for traffic as you hover over the freeway.

Keep with the helicopter for these next few bridges. You will need to head in low to get under the overpass and watch out for traffic.

This is another low-lying bridge so keep your height low to the ground, just above the traffic and take it slow.It is nice and wide so you don’t have to worry about support beams.

Stick to following the freeway until you reach this bridge.

Head past the dam and and under the Palomino Freeway. There is plenty of room and you don’t need to stay quite as low as before.

Welcome to two of the hardest bridges to get under in the game.

There is a fine line between getting under the bridge and going for a swim. You can only just fit an aircraft under here and you must stay perilously close to the water. Use a helicopter and keep the speed up enough so you don’t have to tilt the chopper as you pass under. Any adjustments and you;ll be straight in the water,

And this is the next horribly low bridge.

Similar to the last bridge, stay very low to the water. If you aren’t comfortable holding your altitude from the last bridge, come away and reset your height. Maintain momentum through the bridge again, and keep it straight and steady. Phew!

After the last two bridges, this one is simple.

This is a massive bridge so quickly fly under it and turn around to prepare to head up the next canal.

Be wary of the curve in the canal.

Keep low over the water and watch for the curve because you may have to make a small adjustment as you come out the other side. 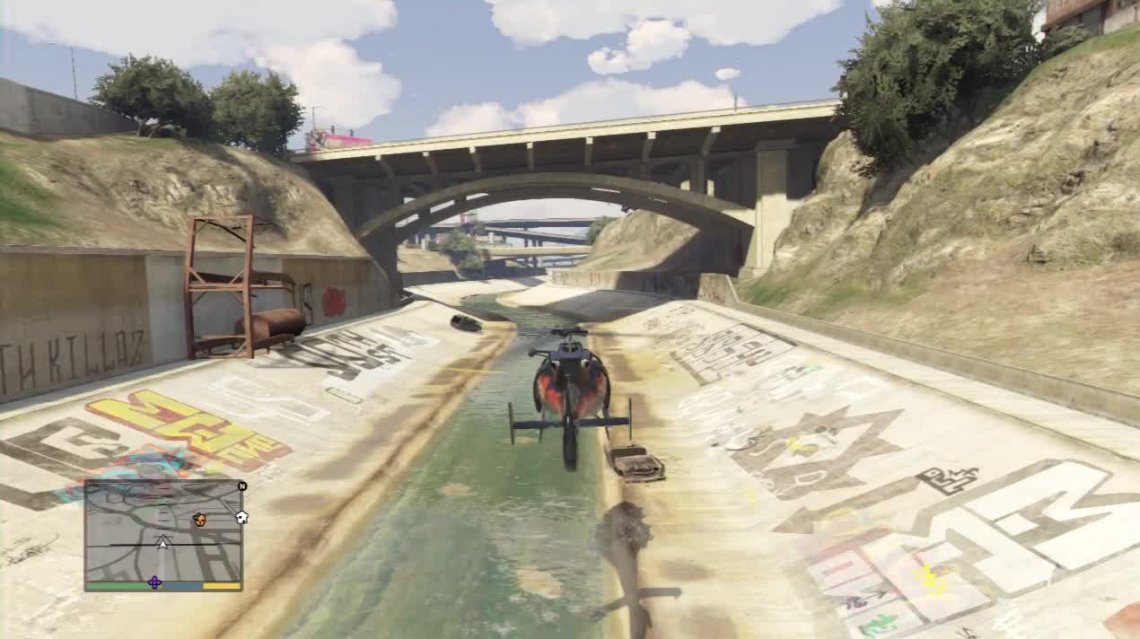 The canal bends again just after this one.

There is plenty of room underneath and to the side of the bridge so don’t worry too much about this one. 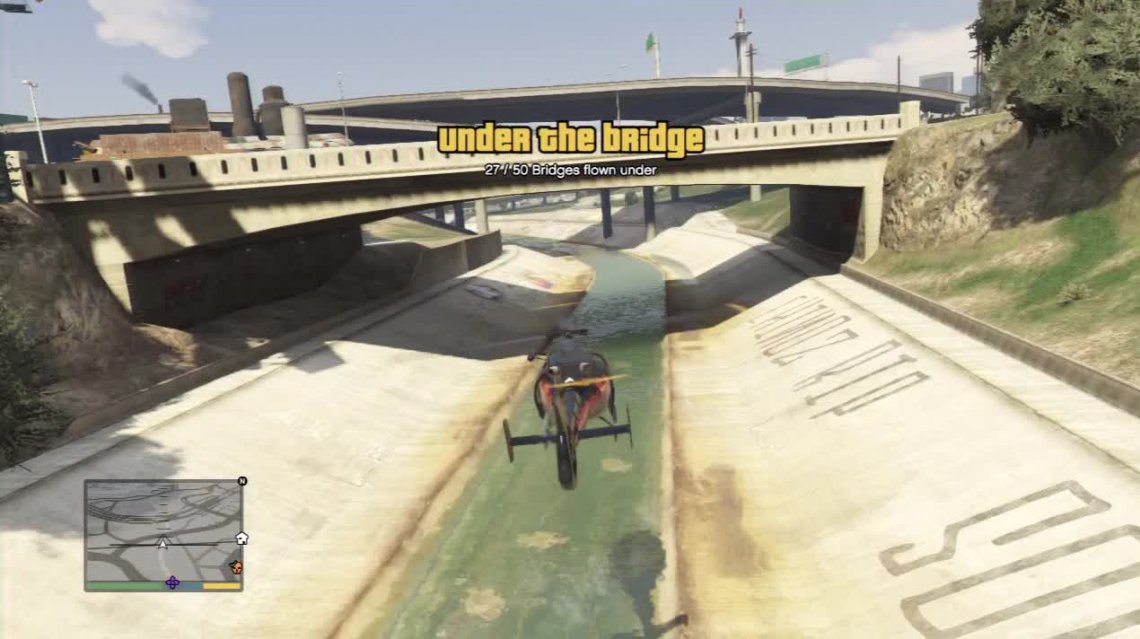 Lower your altitude for this next one.

Head in low with a chopper (which you have hopefully been using all the way along anyway) and make sure not to touch the ground as you pass underneath. 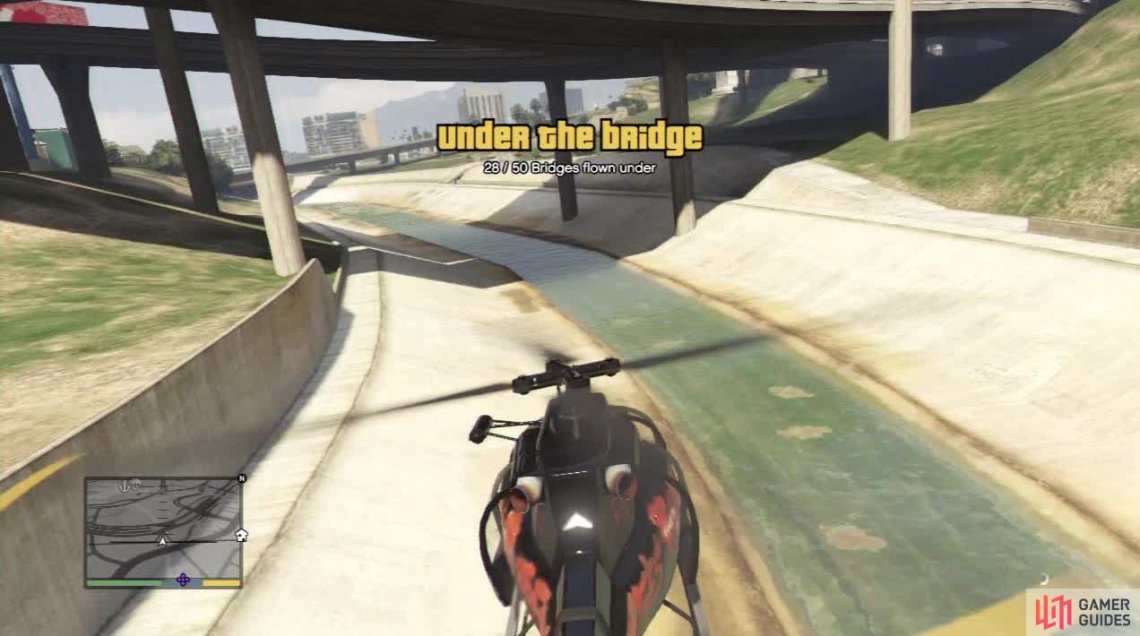 Another set of overlapping bridges but it only counts as one challenge.

This is a nice tall bridge that can fit most small aircraft underneath. The chopper will have no trouble here.