As with other jumps like this, having to land on a moving target makes it very difficult. The train is quite long but it goes at a fair speed so you will need to figure out when to open the chute to glide fast enough to land on the train. 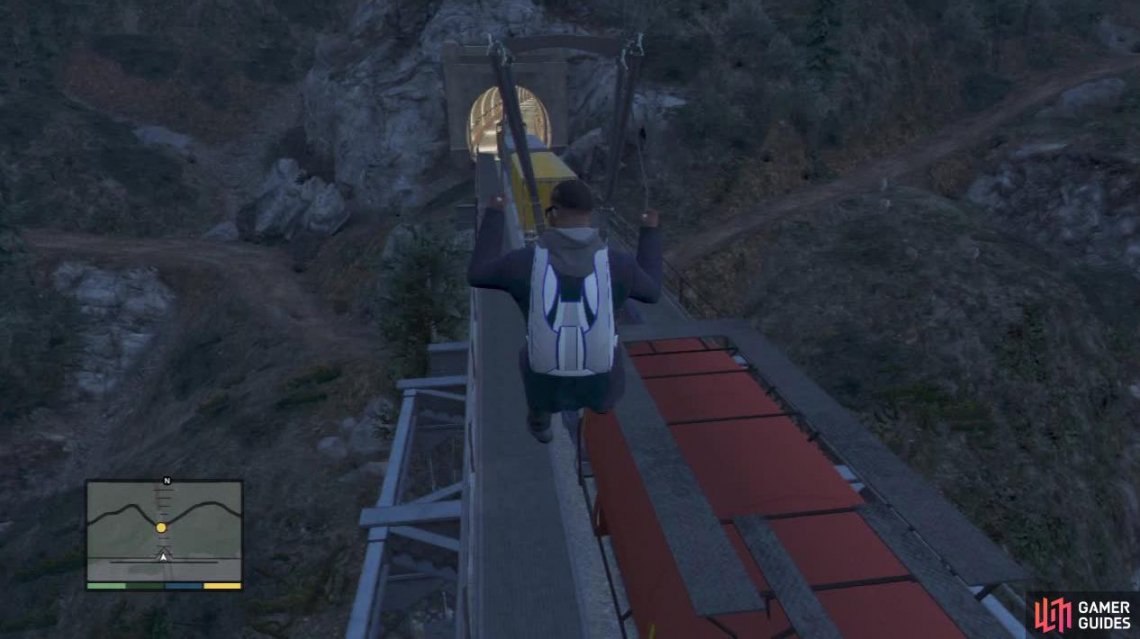 You can also land on any carriage but it is easier if you hit the lower ones. You need to make sure you aren’t coming in too fast though as you will roll off the edge and fail.