The game gives you a lot of freedom when it comes to crafting your characters. Besides the character’s primary job, you can choose for them one other job’s command abilities and up to five support abilities from any job. The combinations are almost endless…

While we encourage you to mix and match to create your ideal, personalized warriors, there’s no denying that some combinations or builds are better than others. In this section, we’ll discuss our recommended builds, which you can follow or simply use as a helpful reference.

Provides you with an ace healer.

Your character should be a Salve-maker with White Magic as their job command. The Salve-maker’s Specialty, Healing Lore, doubles the HP or MP restored from abilities or items, so your White Magic will heal twice as much HP and you can replenish more HP or MP with your recovery items too.

As if that wasn’t impressive enough, the Salve-maker’s Compounding ability lets you brew up many amazing concoctions for your allies (check our Compounding chapter for the full list). Early on; a Potion + Phoenix Down is a dirt-cheap way of reviving your characters with full health.

The ultimate warrior for physical-based bosses. 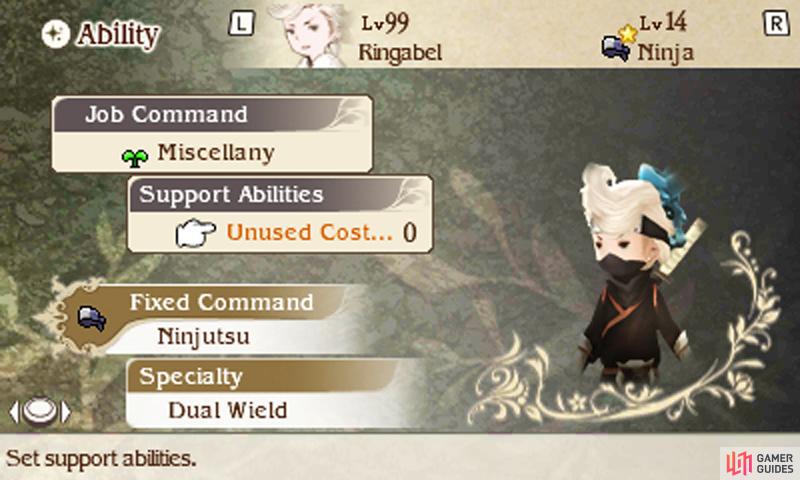 (1 of 2) You’ll need to Level Up a few jobs to make this build work, but the highest you’ll need to go is Level 9 for a Swordmaster. 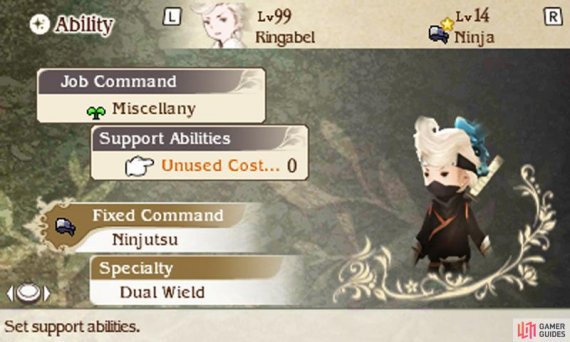 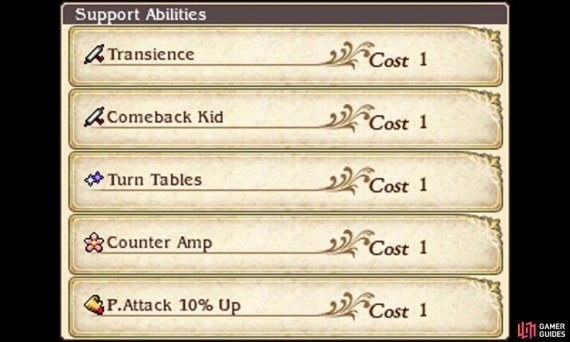 You’ll need to Level Up a few jobs to make this build work, but the highest you’ll need to go is Level 9 for a Swordmaster. (left), (right)

When your Ninja evades a physical attack, it will gain 1 BP and increase its Physical Attack and Magic Attack. If the physical attack happens to be single-target, your Ninja will also counter attack with force thanks to Transience. Either way, on the next turn, you will have one more BP than you started with, allowing you to use Utsusemi again and another move.

Until your characters are high enough level to use Obliterate, this build is effective for clearing out mobs. Your Arcanist needs to have the Black Magic job command, Status Ailment Amp (Level 11) and Group-Cast All (Black Mage Level 14) equipped. It would also help to have high Magic Attack.

With Group-cast All, you can cast the Black Mage’s Poison or Sleep on all enemies, then finish them with Exterminate (Level 3) or Twilight (Level 5). If you’re confident, you can Brave and do everything in one turn. Just watch out for enemies resistant to Dark.

Take but a scratch from physical enemies.

Shrug off physical attacks like they’re nothing! You’ll need a Knight with the Dual Shields ability (Level 11) so they can equip shields onto both hands and all the best defense-raising equipment and abilities you can find. Altogether, your Knight should have an astronomical Physical Defense value.

If necessary, you can use the Performer’s Buff Up in place of your defense up abilities when up against particularly imposing enemies. Against enemies with single-target attacks, you can have a Ninja use Kairai to direct all the attacks onto your Knight, while your other team mates pummel the enemy.

When there are magic-based enemies, you can use the Spiritmaster’s Adaptation to nullify elemental spells or have the Knight use the Dark Knight‘s Absorb Magic for non-elemental spells. Bear in mind that, with no weapons in hand, your Knight’s attacks will be crippled, although you can use Super Charge (learned at Level 14) to deal massive damage.

An extreme and totally reckless–but very effective–way of murdering enemies. 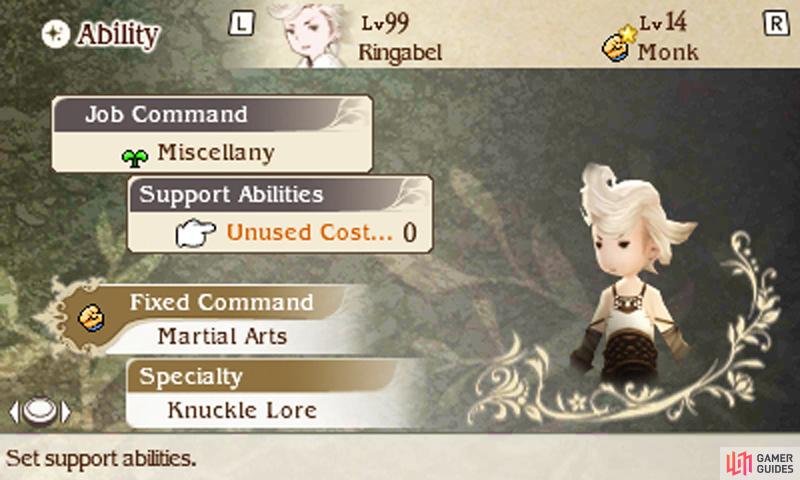 (1 of 2) This fun-sounding build requires some serious investment, but no pain, no gain, right? 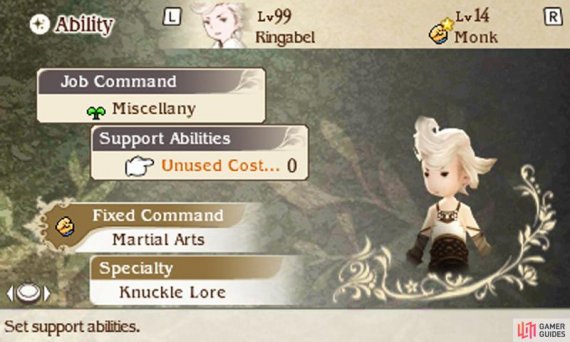 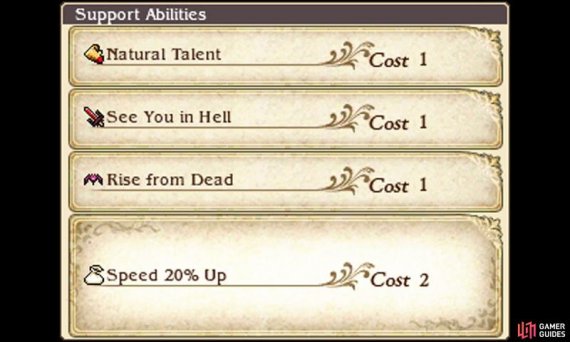 This fun-sounding build requires some serious investment, but no pain, no gain, right? (left), (right)

When you don’t care about experience for your Monk or playing nice, this one is for you. Your Monk should have the Dark Knight’s job command, Natural Talent (Monk Level 14), See You in Hell (Dark Knight Level 5) and Rise From Dead (Vampire Level 14) equipped. They should also be totally naked (nothing equipped except for costumes).

Pay nothing for your moves!

The Swordmaster’s Free Lunch (Level 14) sets a character’s MP cost to zero for two turns. With this ability, you can unleash a string of powerful high-cost moves for no cost at all! The best ones to use are Amped Strike (Pirate Level 14) for physical jobs and Meteor (Time Magic) for magical jobs.