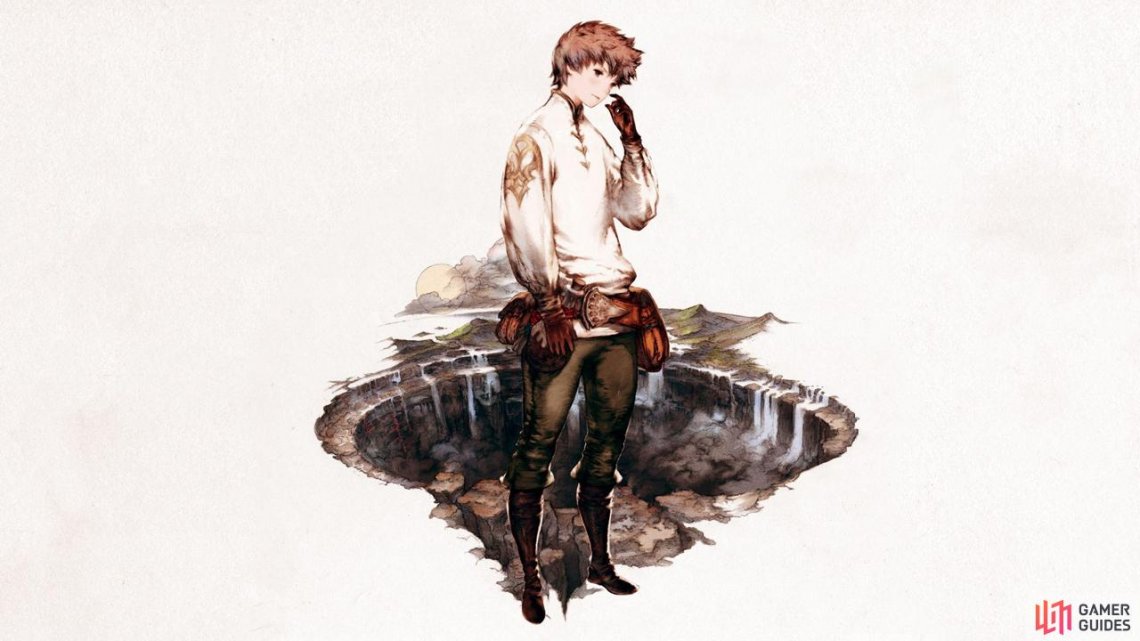 The protagonist of the game. An ordinary young man from the remote Norende Village, who’s life was forever changed by a disaster called the Great Chasm that swallowed his village whole. He alone survived the Great Chasm, somehow ending up at the Kingdom of Caldisla.

While despairing the loss of his village–and his beloved brother who he failed to save–he encountered Agnes. After helping Agnes escape from her would-be-captors and listening to her plight, he decided to join her cause, in hopes of one day restoring Norende.

Tiz has a plain and honest personality, typical for a villager from the countryside. In contrast to his fellow party members, he’s very down-to-earth, often acting as the glue that keeps everyone together. When push comes to shove, he has determination in spades.