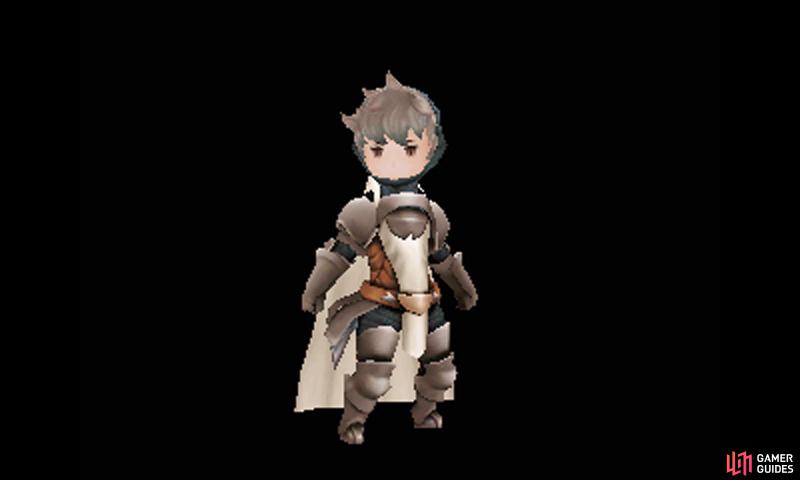 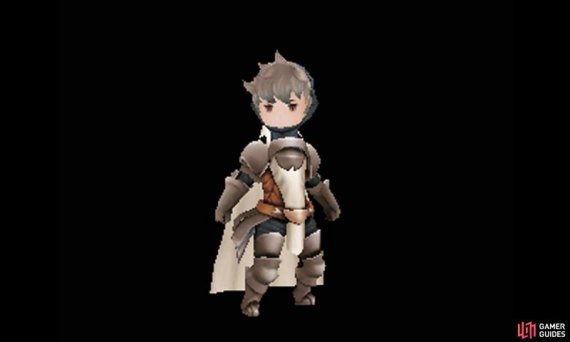 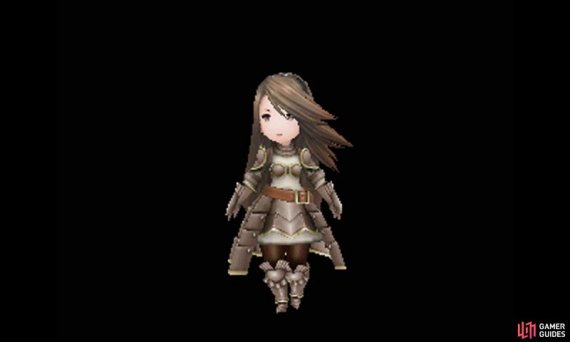 The chivalrous Knight specialises in Defense and protecting its allies. Its Physical Defense is the highest of all the jobs, while its HP, Strength and Mind are quite high too. With this spread, the Knight excels in tanking against physical enemies, while putting up adequate offence and healing capabilities.

For the early part of the game, having a Knight in the party is a good idea due to their bulky Defense and good Attack. You’ll also want, potentially, all your characters to gain a Level as a Knight so they learn Two-Handed, a very useful ability that raises the Attack of certain one-handed weapons.

Later, Knights will get outclassed by superior jobs and their Speed leaves much to be desired. However, they’re in a league of their own once they gain access to Dual Shields, raising their Defense to epic levels and Super Charge, which deals damage according to Defense. Who says defense can’t be offense too?

If an ally with less than 20% of their maximum HP takes a single-target attack, the Knight will take the attack instead. Assuming your Knight isn’t taking a beating, this ability is perfect for keeping your weakened allies in play. Of course, if your ally is above the threshold, they won’t benefit from this–nor when they take an attack that hits your whole party.

Attack one enemy dealing 1.25 times the damage, but your character’s Physical Defense and Magic Defense drops by 25% for two turns. This is a decent damaging move early on, especially considering the fact that it costs nothing. The reduced Defense shouldn’t worry your Knight much, but be wary when using it in the presence of enemy spell-casters.

If a character equips a sword, axe, spear, staff or katana when they have a free hand, their weapon’s Attack rating is doubled. This ability is essential for increasing your damage output and should be learned by each character ASAP, unless they’re a healer or spell-caster.

At the beginning of the turn, your character will raise their Physical Defense up to 150% for the entire turn. This sort of functions like Default, but without your character gaining BP. It’s mainly useful when combined with Protect Ally to take damage for a low HP ally while keeping your Knight safe from harm.

If an ally with less than 20% of their maximum HP takes a single-target attack, the character with this ability will take the attack instead. Yup, it’s the Knight’s Specialty in ability form. Ever wanted to see a White Mage protect an ally? Now you can… Obviously we wouldn’t recommend that, except for entertainment purposes.

Attack one enemy and raise your character’s Physical Defense by 25% for two turns; only usable with a Shield equipped. A great way to hurt an enemy and buff your Knight at the same time.

Raises the armor aptitude for Shields to S. Now your character can gain the highest Defense bonus for Shields in any job. This could be useful for your healer if they’re equipped with a Shield, so they get the best Defense possible.

Hit all enemies with a physical attack; the more allies in the K.O. state, the higher your damage.

As its name suggests, this is a revenge-based move when your characters have fallen to the bitter enemy. It’s mainly useful against tricky mobs that wiped out your party and the Knight is the only one standing. Otherwise, it’s still a fairly decent move so long as one ally has fallen and more effective the more enemies there are.

Raises the arms aptitude for Swords to S. Now your character can gain the highest Attack bonus for Swords in any job.

For one turn, when a selected ally is hit by a single-target physical attack, the user will take the hit instead, but only suffer half damage. This is a more reliable way of protecting your weak or low HP allies against physical-based enemies, especially those that don’t have group-hitting attacks. The description doesn’t mention this, but it’s used at the beginning of the turn too.

The character can equip a Shield onto both hands and not just the Left Hand. This is terrific for bolstering your character’s Defense, allowing them to shrug off most physical attacks. The downside is that it cripples their Physical Attack–that is, unless the character uses Super Charge, which is learned later…

Each time the user uses Protect Ally, Full Cover or White Knight (Merchant ability), their Physical Defense is increased by 25% for five turns. This ability is neat if you’re intent on protecting your allies from physical enemies.

Attack one enemy with a physical attack that converts double the user’s Physical Defense into Physical Attack. This ability is the only way you’ll do reliable damage with Dual Shields; it’s also good for any high Defense characters in general.