Now that two crystals have been awakened, only two more remain–those of Eisenberg and Eternia. At the moment, you can reach Eisenberg–home to the Fire Crystal–by sailing west across the sea. Firstly though, you must return to the Eschalot (the airship), which you left parked north of Ancheim.

This means you’ll have to cross back through the Miasma Woods; talk about a long trek! If we were you, we’d turn off encounters to make the trip back much quicker. Once you reach Ancheim, take a moment to make a quick detour; return to the Temple of Wind and seek the Anchorite of Wind waiting upstairs near the top-left corner. 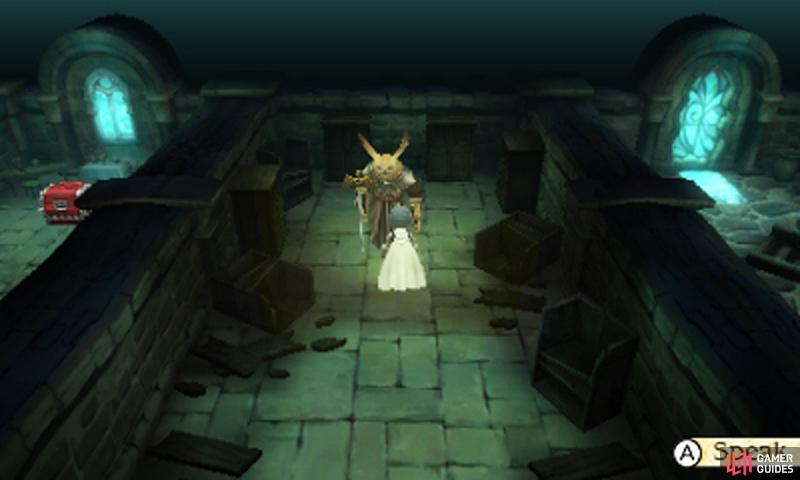 (1 of 2) Nobody likes a surprise Game Over; save your game before facing an Anchorite in case your party gets floored. 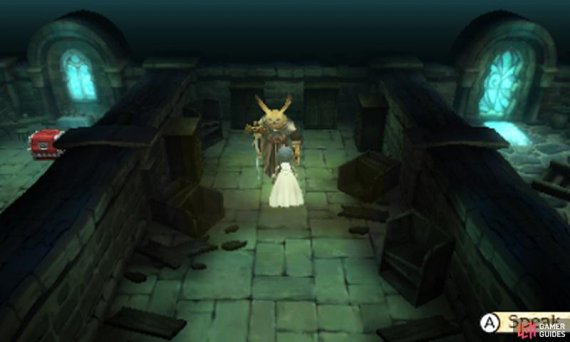 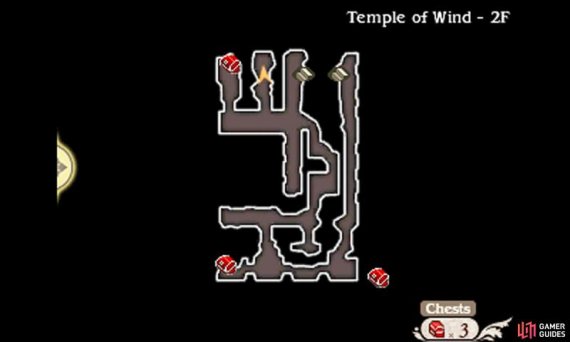 Nobody likes a surprise Game Over; save your game before facing an Anchorite in case your party gets floored. (left), (right)

Equip the Wind Charm and Abate Wind (Thief ability) onto your characters before accepting the Anchorite’s ordeal, so you don’t get blown sky high. Survive and you’ll earn the right to summon Hresvelgr (assuming you have the Summoner asterisk).

Enemy Tips: Even the seas are dangerous; nevermind falling overboard, you’ve got sea life jumping on board! Sea Serpents are particularly lethal, using Tail Shock to cause Paralyze to one–better grab onto those Earthing Rods. Mad Sharks aren’t as bad, but they can cause Fear with their Terror Fangs.

Aboard the Eschalot, sail west till you reach the gap in the shoreline where the next orange exclamation mark wants your attention. At this point, Edea will reveal her true identity to the party (which you should already know if you paid attention near the beginning); Agnes, who hasn’t been feeling spectacular lately doesn’t take this news well…