To undertake this challenge, take a trip to the council chamber at the top floor of Eternian Central Command. There, Braev welcomes our heroes, while also scolding Alternis for disobeying his orders to retreat. After the two reconcile, they waste no time in challenging you to a duel… Oh and Edea’s master joins the fray when they start taking damage; what a great family! 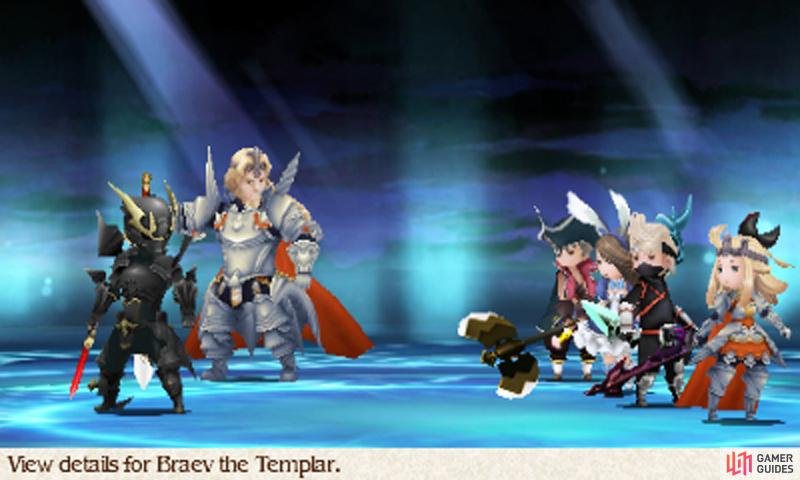 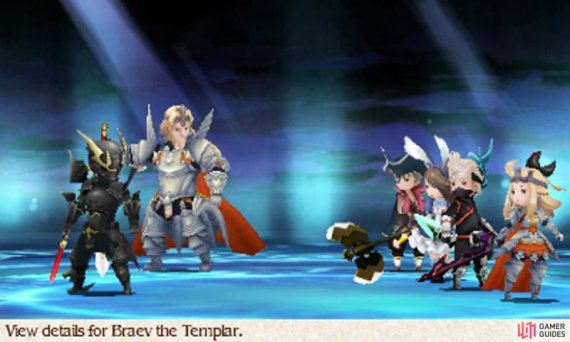 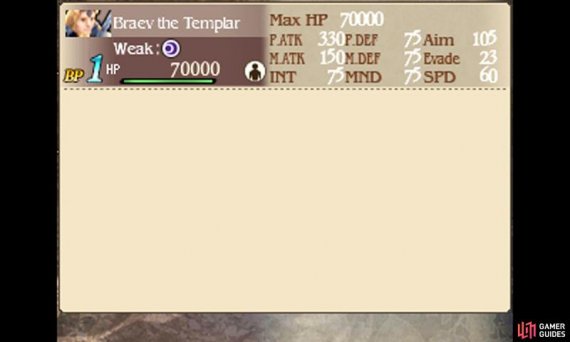 The three greatest blades in Eternia all under the same roof; better watch your necks! Braev will Default to steadily build his BP; try not to attack aimlessly or your attacks will barely scratch his armor. Pierce Default (Valkyrie) is good for bypassing Braev’s defenses, if you can spare the space, as well as the usual Default-piercing moves.

In this world too, Alternis is a big fan of dark-based attacks; having Abate Dark would benefit your health. You may wish to leave Alternis for last, as he’ll start to use Minus Strike once he drops below half HP, resulting in a guaranteed K.O. You can evade Minus Strike with Rampart or Utsusemi, but his fellow warriors may open up your protection with their attacks.

Kamiizumi is still the king of counters, often waiting for you to make a move, before countering for massive damage. Choose your attacks wisely to avoid eating a counter; for instance, don’t have everybody use a physical move on the same turn in case he uses Nothing Ventured!

Once any of your characters drops to 0 HP, whether from his sword or the other two’s, Kamiizumi will go into berserk mode the next turn, Braving three times. Afterwards, Kamiizumi will become immobile for three turns, which is an excellent opportunity to drop your attacks on him. However you may have trouble surviving his onslaught with his two allies pulling their punches.

As such, you may wish to focus on Braev or Alternis before worrying about Kamiizumi; it depends on who you feel is more dangerous: him or Alternis. Of course, if one of your characters falls to Braev or Alternis, you can’t exactly control Kamiizumi’s actions, so Default while you still can and pummel him during his downtime.

If you’re feeling confident, you can steal a Rebuff Locket from Braev, Chaos Blade from Alternis and Muramasa from Kamiizumi. None of these are necessary, so don’t feel obliged if you think it’s going to waste your time or expose your party to danger.