If you played the demo version of Bravely Default, the game will ask if you wish to accept gifts for completing certain tasks in the demo; altogether there are seven sets in all.

The demo gifts aren’t essential and simply give you a small advantage at the very beginning of the game, so don’t feel obliged to play the demo first. If you did play the demo and unlocked these gifts, then all the power to you! With your basic knowledge from the demo and these extra items, you’ll probably breeze past the first couple of hours.

In any case, next you’ll be asked to set the game difficulty and whether to enable Auto-Save. No matter your choice, you can change these any time during the game so you don’t need to ponder your choice too long! For the purpose of this guide, we’ll go with Normal aka the standard difficulty. Pick Easy if you want weaker enemies or Hard if you want tougher enemies.

Auto-save is a neat feature where the game automatically saves your progress when you switch between areas; we recommend turning it on.

Finally, just to check you were paying attention, the game will ask you to reconfirm your two choices.

With the boring stuff out of the way, you will be greeted by a tiny, magical fairy. (This game is Bravely Default: Where The Fairy Flies, so don’t be surprised to see a fairy or two.) From the sound of things, you’ve a monumental task ahead of you and the fairy wants assurance that you won’t give up along the way.

This is a subtle hint that Bravely Default is a lengthy game and by no means a pushover either. However of all the things you could do, disappointing the eager-eyed fairy isn’t one of them, right? Besides, we’ve always got your back.

Having promised to stick with the game till the end, you will be asked to dig out the AR card that came with the game, printed on the back of the instruction manual (or the piece of card that passes for one these days), 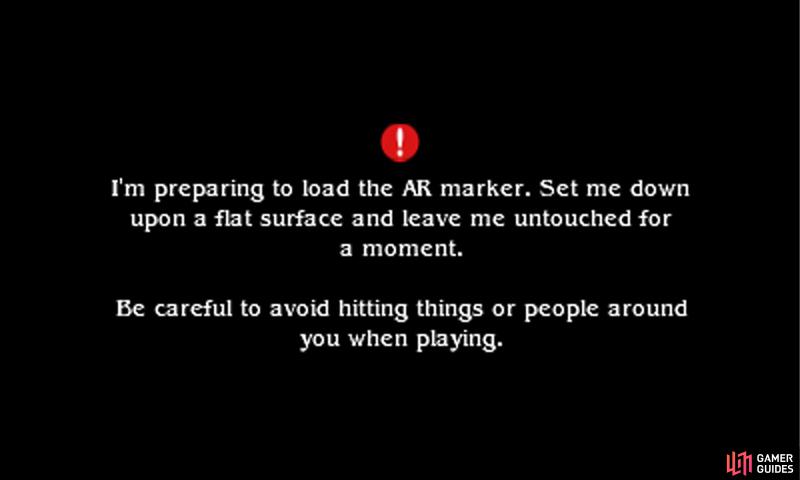 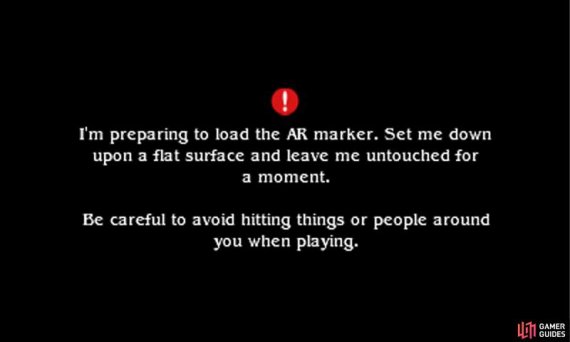 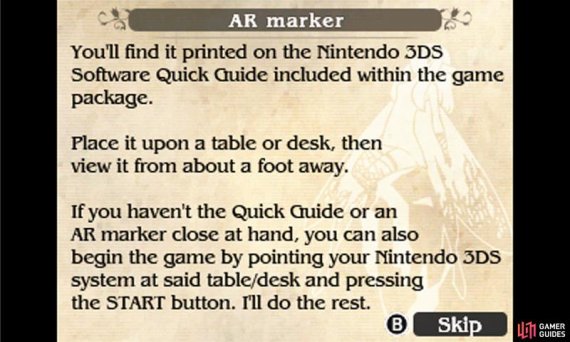 If for some reason you don’t have the AR card, you can either print one out now, skip the AR movie (but you’ll miss out on the fun) or press START to begin the movie without the AR card. If you’re using the AR card, it’s recommended you place the card in area with good lighting and plenty of space around.

The AR movie focuses on Agnes, one of the four protagonists of the game. While you’re watching, you can move your 3DS or 2DS around to change the view and follow Agnes; it’s important you have space so you don’t go smacking into furniture or other people.

Later, you can rewatch this movie by choosing the “AR Movie” option in the title screen. After the movie ends, another set of movies will follow, introducing all four characters in the game: Agnes, Ringabel, Edea and finally Tiz.