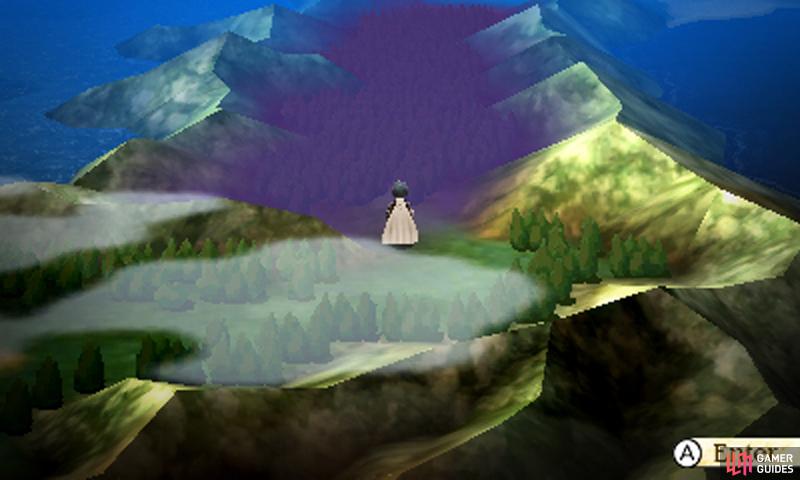 (1 of 2) To find Miasma Woods, head due north-east from Ancheim City. 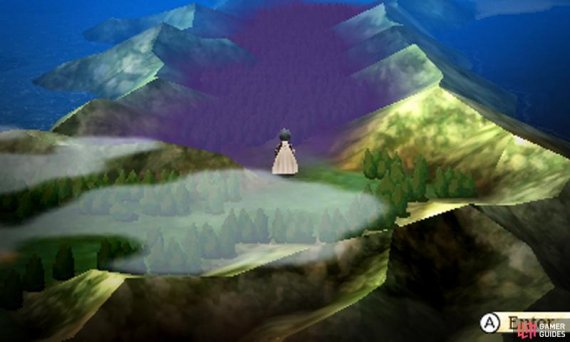 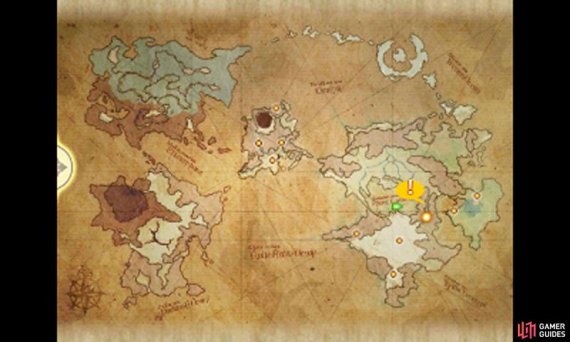 This chapter begins with a rather unpleasant turn, as you must navigate the highly toxic Miasma Woods. Thanks to the Wind Crystal’s blessing, the toxic mists that plagued the woods have dissipated so you can now advance.

However the toxic swamps still remain; so tread carefully to avoid the dark patches on the ground or your whole party will get poisoned. By the entrance, the Adventurer’s animal companion is running a makeshift shop (same stock as in Yulyana Woods), so do take a gander before setting forth.

As if the swamp wasn’t deadly enough, Poison Moths love to poison your whole party. Scorpions are also poisonous, but only to an individual member; they’re strong and durable though. Meanwhile, Treants can use Lullaby to send your party to dreamland.

Finally, Myconids occasionally counter with Spore to summon more Myconids if hit by physical attacks. Don’t attacks mindlessly or you’ll never see the end of battle; instead use fire magic or sword magic to take them out (just be warned that sword magic still triggers Spore). 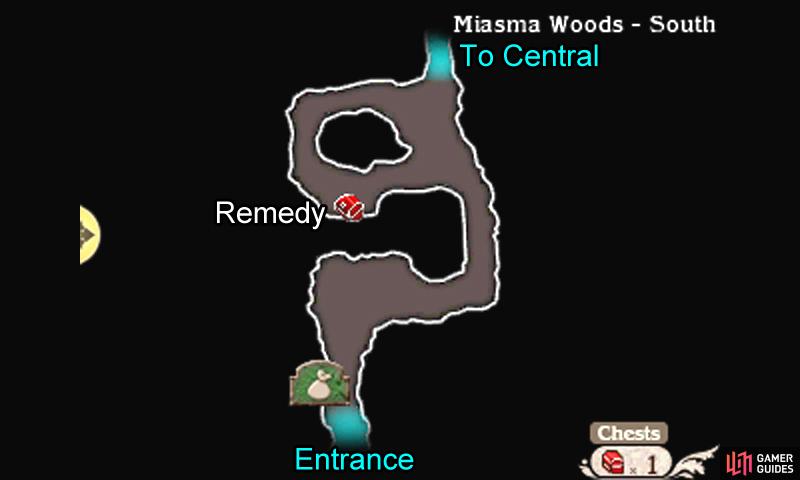 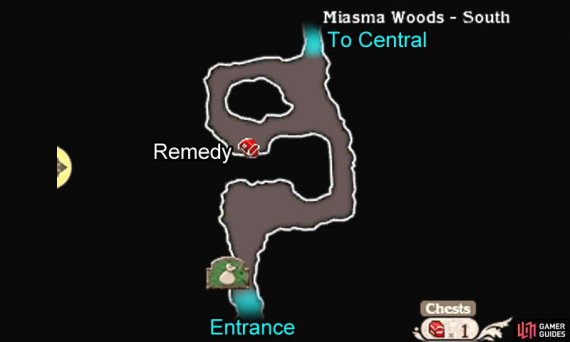 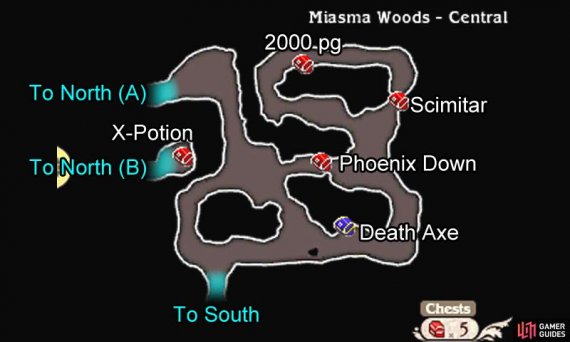 If you have Dungeon Master (Freelancer Level 4) equipped, you can step in the swamp without worry. Otherwise, simply detour around.

You’ll begin in the south part of the woods, where the path is straightforward. Near the center, there’s a chest containing a Remedy–if you’re avoiding the toxic swamp, you’ll need to follow the path clock-wise. Once you reach the central part of the woods, the road will become more complicated.

Follow the path right first and you’ll come across a blue locked chest, then chests containing 2000 pg and a Scimitar in the top-right corner. Next, return to the junction just before the blue chest and head north instead to find a chest with a Phoenix Down and the entrance to the next zone.

You’ll encounter no boss at the end, so don’t feel obliged to hold back as you traverse this dreaded place!

The north–and final–part of the woods is particularly tricky, with many narrow paths between the poisonous swamp. Head left along the narrow path, hugging the wall to the north, to find a chest with a Hi-Potion. Go back around and follow the path down until you reach a junction.

At the end of the winding path, you’ll come across a chest with an Earthing Rod inside. Before you travelled downwards, continue left again and head down the next path. Here, the path between the swamp is super narrow–nudge the circle pad out slightly to walk or you may accidentally run into the venom.