On your second visit to Sage Yulyana, Tiz and friends will ask him about sexy clothes for Agnes, so she can get ahead in the Sacred Flower Festival. Thus comedy ensues as the gang attempts to pretty up Agnes, culminating in the sage releasing the seal on his ultimate–and most forbidden–creation…

Before leaving the sage’s residence, you may wish to sleep in the east wing bedroom to recover your battle wounds. When you’re ready, return to Mount Fragmentum, on your way back to Florem. Once you exit the mountain, you’ll be taken straight to Florem, where the festival is ready to begin. 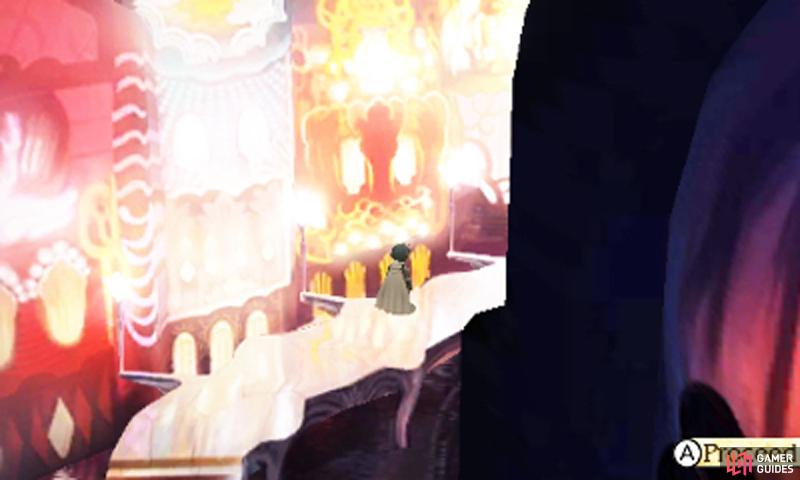 (1 of 2) Better hurry, otherwise all your planning (and detours) will have been for naught! 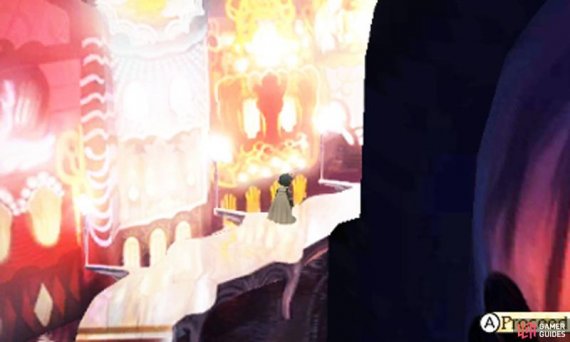 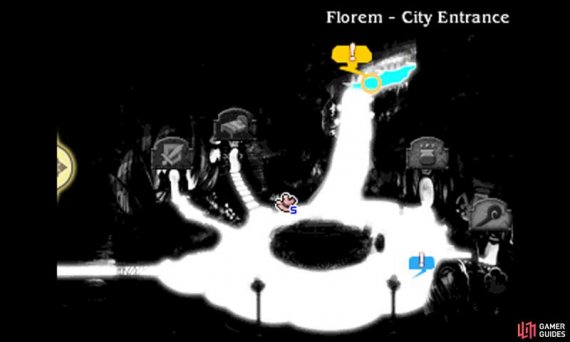 Better hurry, otherwise all your planning (and detours) will have been for naught! (left), (right)

Swiftly make your way to the plaza to the north-east or all your efforts will be wasted! At the plaza, the festival will be under way and soon it’s Agnes’s turn in the spotlight. Once the festival is over, Agnes will win the greatest prize of all: a message and invitation from Olivia.

Now your next destination is crystal clear: the ruins to the far west of Florem, where Olivia waits at the end. Exit Florem and head due west until you reach the coast and you should spot a fortress-like landmark among the mountains to the north–this is the entrance to the aforementioned ruins.