This imposing Nemesis shouldn’t be tackled with a physical party, as he will counter physical moves with Two-Faced. 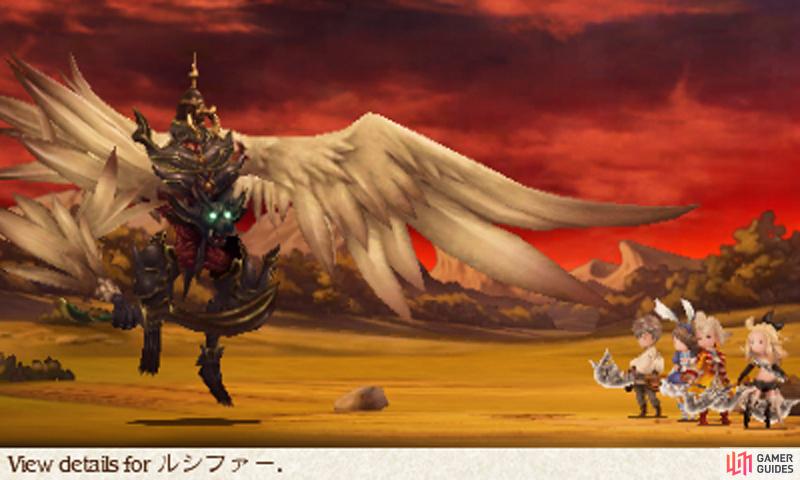 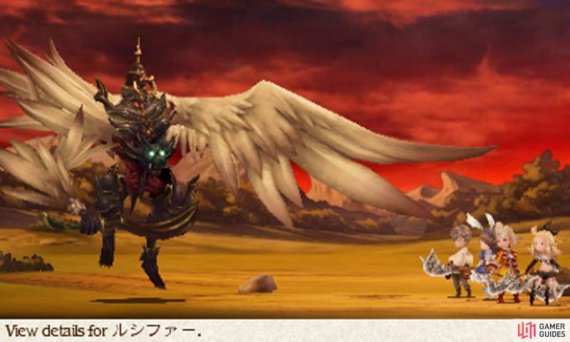 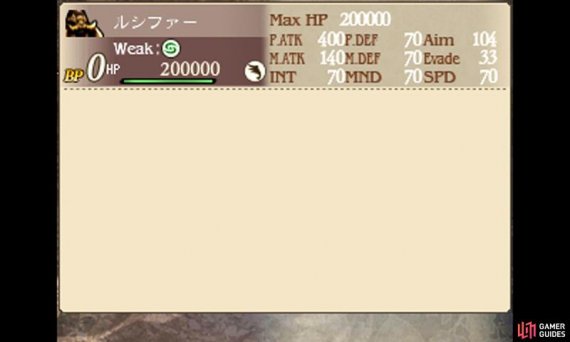 Time Mages or Conjurers casting Meteor (Time Magic) or Hresvelgr (Summon) are your safest bets–for the latter, have Summoning Surge (Summoner Level 12) for better damage. You can also have a Vampire learn Aeroja from Lucifer, then use it against him.

Lucifer uses Mow Down or Blade of Fury to deal physical damage to your party and Aeroja–the ultimate Wind spell–to blast your party with great force. He can also Brave and use Mow Down followed by Blade of Fury, for a physical onslaught, before going immobile for one turn.

When he’s not crashing your party with damage, Lucifer will use Arrogance to dispel your buffs and up his physical and magic attack and defense. Be sure to return the favor and Dispel his buffs with a White Mage quick or you’re looking at a world of pain.

Abate Wind (Thief) or elemental protection from a Spiritmaster wouldn’t go amiss in this battle; Utsusemi (Ninja) and Rampart (Templar) will provide the usual relief against physical attacks. If you can keep up with Lucifer’s fairly hefty damage, this battle is by the numbers compared to other Nemeses. 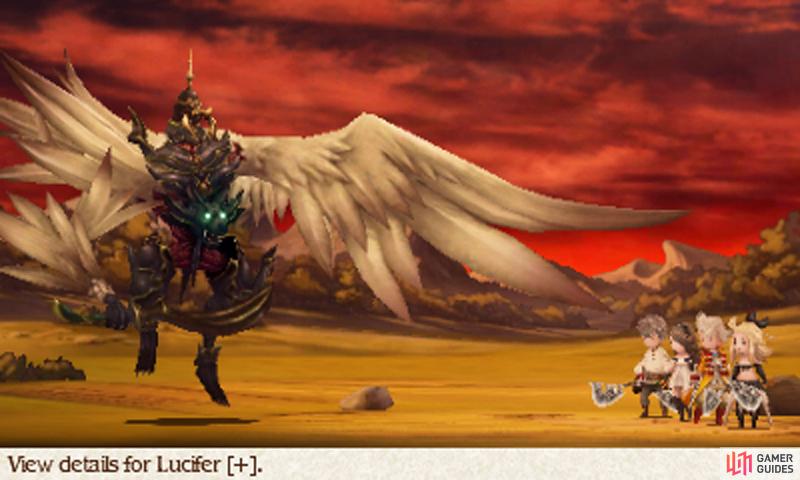 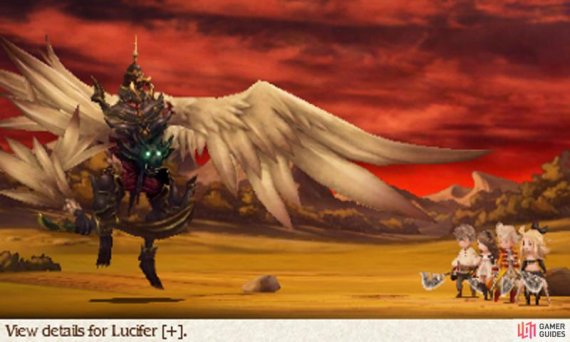 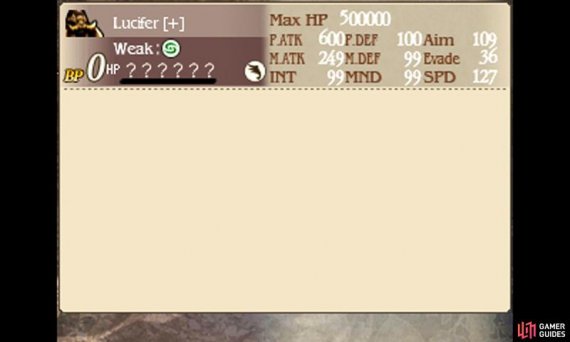 Lucifer(+) isn’t much different compared to his weaker incarnation, simply gaining 127 Speed and Slow and Steady. Well, we say “simply”, but that’s already more than enough to crush lesser-prepared heroes.

You can still fight him normally if your characters are fully decked with Speed and Agility, but to save you the hassle, we’ll tell you how to defeat him with your eyes closed.

In fact, you can use a very similar setup to Mammon(+), but this time you’ll want two Performers instead of one–this will drop your damage output slightly, but it means nobody will end up on the floor.

Performer 1 must have the Spiritmaster’s job command, Steady MP Recover (Conjurer), Speed 10% Up (Thief), Hasten World (Time Mage) and equipment to boost them up to 145 Agility (or 132 Agility with Speed 20% Up instead).

Performer 2 must have the White Mage’s (or Red Mage’s) job command, Steady MP Recover, Speed 10% Up and Speed 30% Up.

Your two attackers, meanwhile, should be Time Mages with the Swordmaster’s job command, Zero (Arcanist), Speed 10% Up and Speed 30% Up.

The latter three characters should be equipped with Agility-boosting equipment so they frequently act before Performer 1 (read: Fox Tails/Falcon Knives, from rebuilding Norende, in both hands and Hermes Shoes; maybe a Red Cap and Kenpo Gi for good measure).

To trigger the Zero ability, find a weak enemy mob and use up your MP until the last digit is a zero. This will help to give your magic damage that much more oomph.

For the battle itself, Performer 1 should use Stillness and a non-physical move that wastes 1 BP. Perhaps Key to Your Heart if your magic damage isn’t cutting it.

Performer 2 should use Love Rush and Dispel. Finally, your attackers should both use Free Lunch followed by three lots of Meteor.

…And enable Auto-Battle to repeat the above moves ad infinitum–or until Lucifer(+) keels over, whichever is faster (hint: it’s the latter).

Normally, Lucifer uses Arrogance to remove your Speed buff, endangering the entire fight, hence why you need a Performer singing Love Rush 24/7. Dispel is simply there to cut his Magic Defense buff and give him a taste of his own medicine.