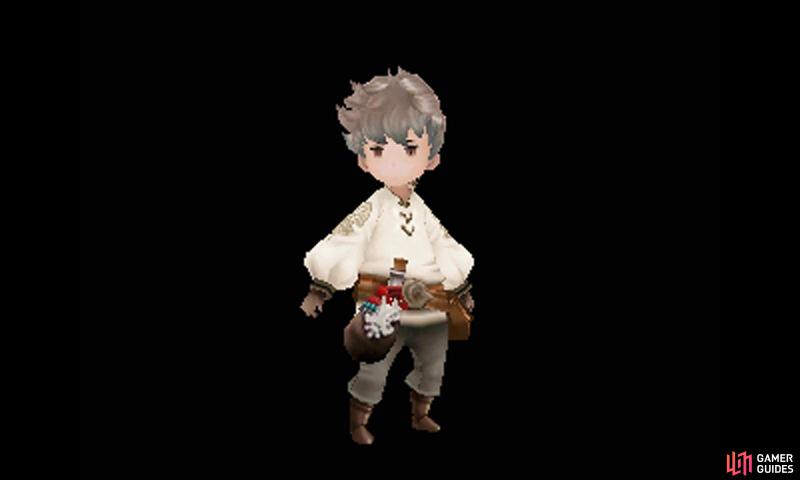 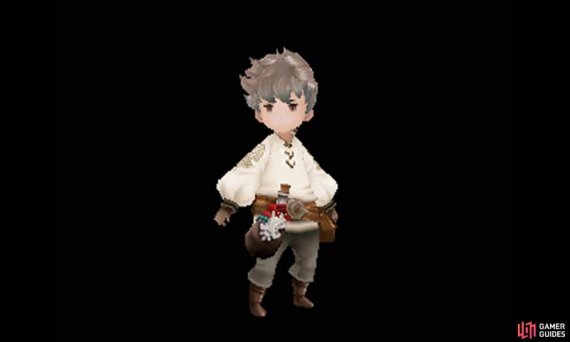 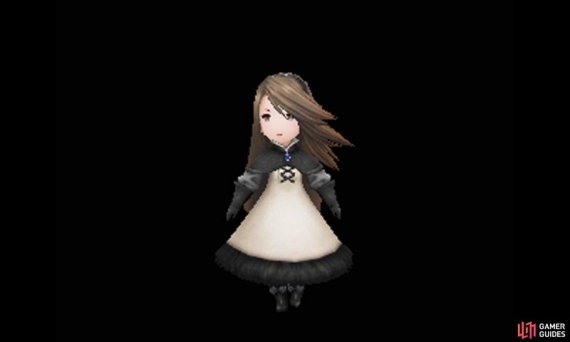 Everyone starts off as a Freelancer–a jack of all trades and master of none. Their stats are adequate in all areas and they can equip every type of equipment fairly well. However, with no special traits to speak of, they fail to impress; you should switch your characters to new jobs as soon as possible.

That’s not to say Freelancers are completely useless though. The first couple of abilities they learn can be very useful–especially Dungeon Master at Level 4, which negates the effect of dungeon traps, like blind gas or poison swamps. Later in the game, you can afford to train Freelancer as a side job when it becomes easier to earn JP (Job Points).

Towards the very end of the game, Freelancers will begin to shine. Late Bloomer boosts their stats dependant on the number of jobs mastered–it doesn’t make them god-like as you might think, but they become a solid class at last. Mimic is what makes them godly, allowing you to repeat costly moves with no cost.

Maximum HP, Maximum MP, Physical Attack, Magic Attack, Physical Defense and Magic Defense each rise by 1% for each job mastered. Since there are 24 jobs in the game, this ability can boost the relevant stats by up to 24%. This puts Freelancer at least on par with a lot of classes, but you’ll need to grind a lot of JP to make it worthwhile (so you won’t be making use of this ability for ages).

Check a single enemy to display their HP, MP, elemental weakness and family. Once you’ve scanned a particular enemy, you can press left on the Circle Pad at any time during battle to view the enemy’s information again on the bottom screen. Plus if you select the enemy on the bottom screen, you can view additional stats, like Attack, Defense and Speed.

This ability is the primary reason to keep the Freelancer’s Miscellany command on somebody for most of the game. Being able to check an enemy’s weaknesses and stats can be quite useful, but the best part is that you can track the enemy’s current HP by pressing left on the Circle Pad–perfect for knowing how much further until a boss keels over.

Restore one character’s HP by 20%; can be used even if affected by Silence. This ability lets you heal for free and it could save your hide if your healer gets silenced, so there’s nothing to fault really. Just don’t expect it to be a viable source of healing in the long run, as 20% HP will become insignificant later, especially as your actual healers learn to heal everybody for full HP.

Displays the number of unopened treasure chests in a dungeon on the bottom screen. This is an useful ability for budding adventurers, as you can be certain you haven’t missed a chest in a dungeon. It also keys you in on hidden chests if you’ve found all the visible chests and there’s still one left according to the indicator.

Avoid damage and status ailments from traps, dangerous terrain and other dungeon devices. This effect applies to all allies. Dungeon Master is essential and you’d be wise to keep somebody as a Freelancer until they reach Level 4. With this ability, you’ll save yourself a lot of time and hassle, while keeping your party safe from danger.

Lower your chances of being targeted by enemies to the lowest level possible. This means the user is less likely to be hit by the enemy’s single-targeting moves; this is useful for avoiding damage if your character has low HP. However it doesn’t mean they won’t ever be hit, so its usefulness will depend on your luck.

Makes the character’s chance-based abilities 1.5 times more likely to succeed for 10 turns. This ability increases the effectiveness of other abilities. In particular, using Prayer before one of the Thief’s stealing abilities could save you some frustration when trying to steal some of the rarer items from enemies.

Raises the character’s Physical Defense and Magic Defense by 25% for four turns. This is a reliable buffing ability when you don’t have a Performer around; being able to up both types of defense on the same turn is good for versatile enemies or mobs with a mixture of enemy types.

Gives your character immunity to Poison. Of all the status ailments, Poison is probably the weakest, especially as you progress through the game. So by the time your Freelancer reaches Level 9, you probably have no need of this ability. However, later bosses will punish poisoned characters, making this ability vital if you don’t want to waste an accessory slot.

Your character earns 1.2 times the normal amount of JP from battles. Earning more JP is always a good thing, since JP gain is relatively slow. Although by the time you reach Level 10, you may be close to getting the Growth Egg from rebuilding Norende, which doubles JP gain–a far better boost (or you could equip both for 2.4 times JP).

Guarantees an escape from battle; doesn’t work against bosses and certain enemies. This ability is excellent, sure-fire way of escaping a dangerous battle, especially if used on a character with high Speed, so they can take action before the enemy.

Double the enemy encounter rate; doesn’t stack with other characters equipped with Lure Enemy. Useful for speeding up training (read: grinding), but made redundant by the fact you can raise the encounter rate in the Config menu from the beginning of the game.

Your character has a 75% chance of surviving an attack that drops them to 0 HP, leaving them with 1 HP instead. Doesn’t work if the character has 1 HP to begin with. With this ability, you’ve got a good chance of your characters still standing after taking a fatal blow, and it works well as a precaution during tough boss battles. The ability cost (3 points) is a bit steep though.

Perform the last command used by an ally or the same character, but without spending MP, BP, money or items. So if the last action somebody did was Attack, the character using Mimic will also use Attack. This allows you to spam high cost actions with no further cost, like Amped Strike without the insane MP cost or My Hero to keep raising everyone’s BP.