Jobs are another name for character classes; they determine what abilities your characters have access to. Each of the game’s 24 jobs has a maximum Job Level of 14 and to level up jobs you need Job Points (JP). You earn JP for your party members’ current job at the end of each battle, for all members still standing at the end.

Job Level also determines the damage your character does. When you’re handing out new roles, try to keep some characters in high level jobs so your damage output doesn’t suffer as much!

With every new Job Level, you will acquire a new ability specific to that job role. Abilities come in two distinct flavors. Command Abilities can be used in combat, to inflict greater damage or assist your allies, for example. Each character can use Command Abilities from their current (“main”) job and a “secondary” job that you’ve assigned. 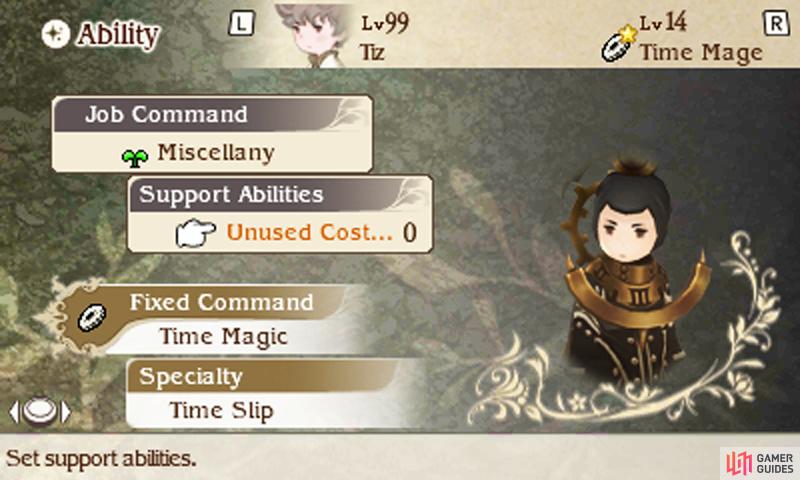 (1 of 2) It’s a good habit to adjust your abilities to match the foe(s) you’re facing. An enemy with max Magic Defense is no problem with Pierce Magic Defense! 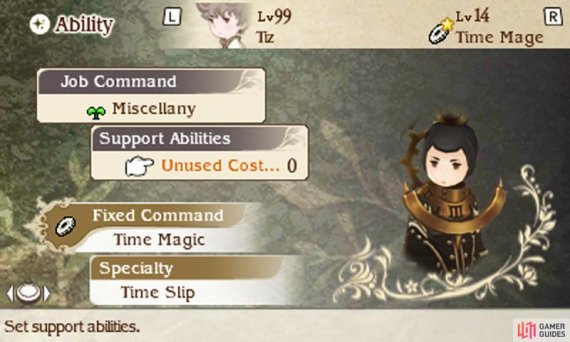 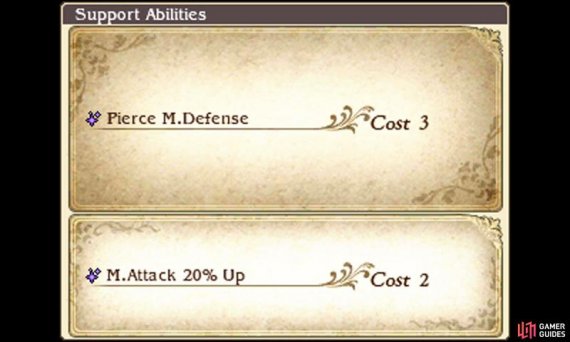 It’s a good habit to adjust your abilities to match the foe(s) you’re facing. An enemy with max Magic Defense is no problem with Pierce Magic Defense! (left), (right)

Characters can only use abilities they’ve learned themselves, so you’ll need to be smart when deciding everyone’s roles. Although some abilities only need to be equipped on one party member to benefit the whole group (such as the Dungeon Master ability gained by Level 4 Feelancers).

One great benefit is that Bravely Default allows you to mix and match your characters’ job roles at any time. The abilities each character can wield can be from any job role that they have levelled up thus far, allowing you to create a truly versatile team of monster killers!