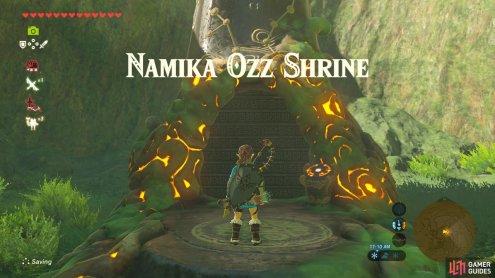 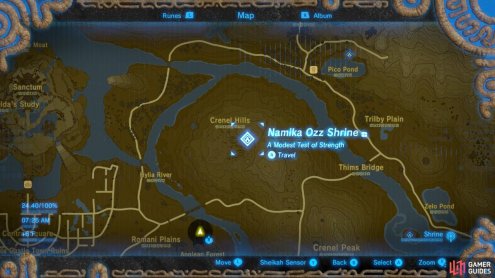 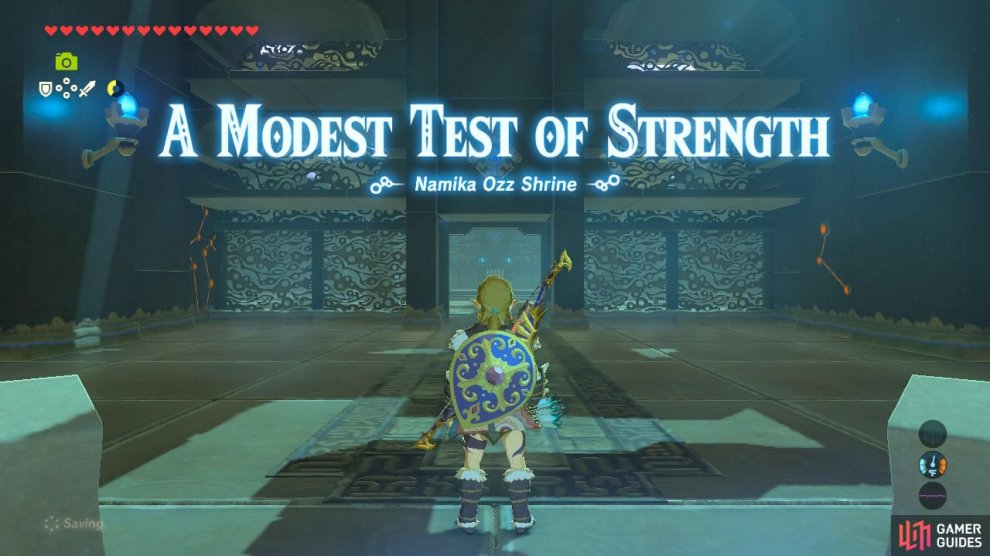 This Shrine is a "test of strength" type of Shrine; in this case, this is a modest test. As long as you have decent gear, weapons, and some food as backup, you will do fine on this level of Guardian Scout.

The gear that this Guardian Scout drops will only have one "+" tacked on to the end, so if you are approaching the middle portion of the game, then it can be useful, especially the Axe. But if you have already hit the endgame, then these weapons will not be as useful to you as weapons obtained in the "major" tests of strength Shrines.

Open up the treasure chest ahead of you for a Frostspear with increased durability. Then speak with the monk and receive your Spirit Orb.