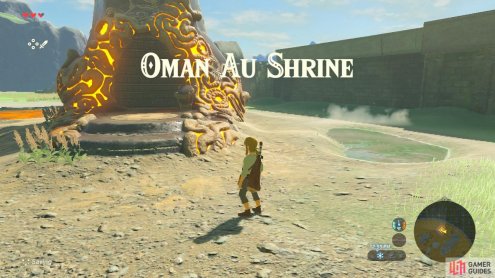 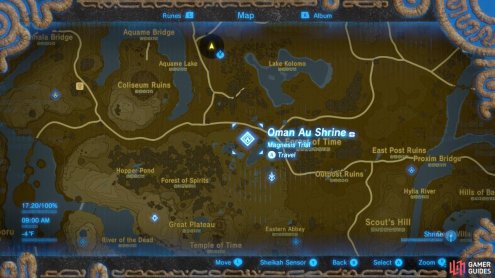 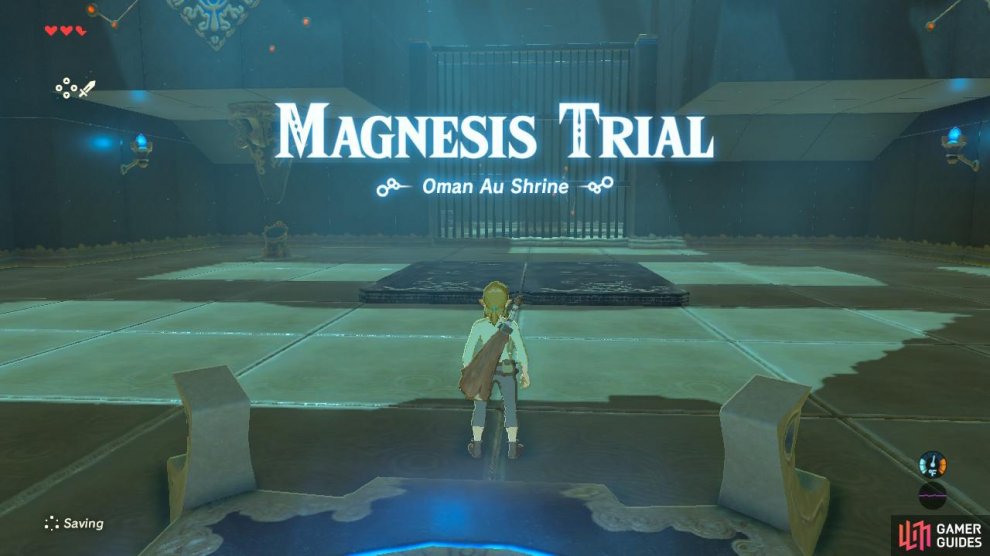 The Oman Au Shrine is part of the main quest and is part of the requirement to obtain the Paraglider and leave the Great Plateau. As a result, this Shrine is one of four that are mandatory in the game. 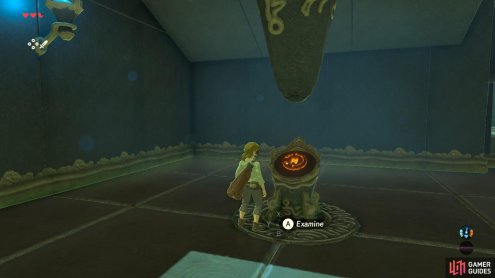 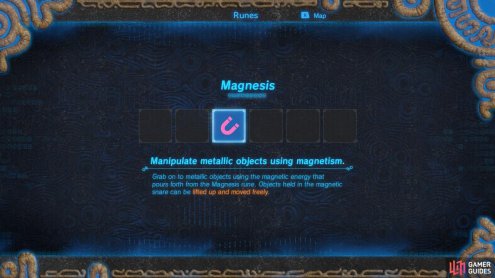 There is a pedestal at the far end of the chamber to the left. Examine it and your Sheikah Slate will earn a new power: Magnesis. 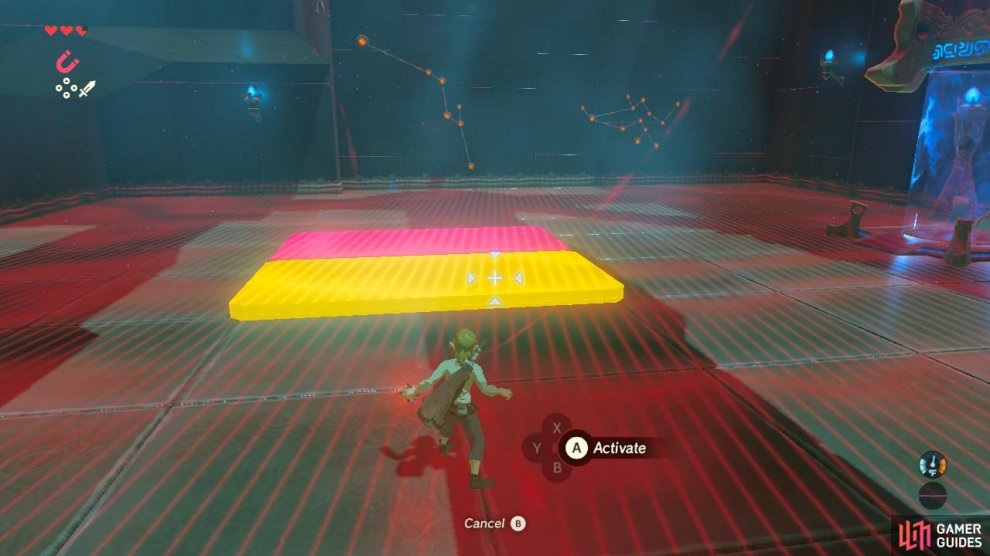 To use Magnesis, simply press the L shoulder button. Then use the right analog stick to select your item. Magnesis only works on objects made of metal, and said objects will be tinted pink. Once your cursor moves over it, the object will be highlighted in yellow. You can then use the right analog stick to move the object around. Use the up and down buttons on the left directional pad to push the object away from you or pull it closer, respectively. Once you've messed around with Magnesis some, let's start clearing this Shrine to see what the treasure is! 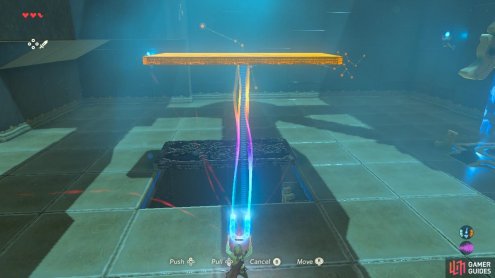 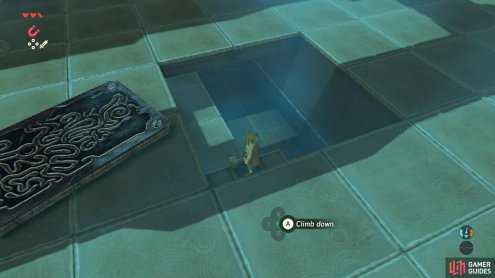 Once you've activated Magnesis you will see that the two metal slabs on the floor can be moved. Go ahead and pick them up and put them to the side to reveal a new hallway beneath you. Drop down into it. 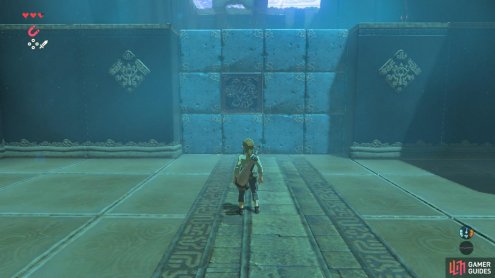 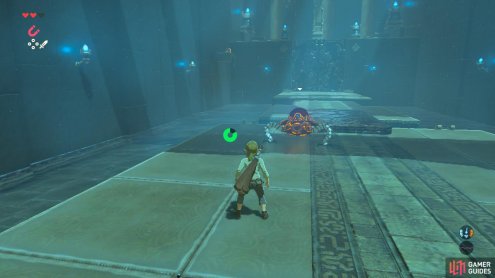 Drop down the hole and use Magnesis again to pull a metal block out of a wall of stone blocks. The wall will collapse, allowing you to climb up and over the wall. Behind the wall is an enemy that you will have to defeat: a Guardian Scout.

It may look intimidating but its only attack is a homing missile. Use whatever weapon you have in your arsenal to beat it down (such as a Bokoblin Club), as it has very little health. Don't forget to pick up what it drops when you defeat it! Materials like Ancient Screw may seem to have little use now but you will want them for later. 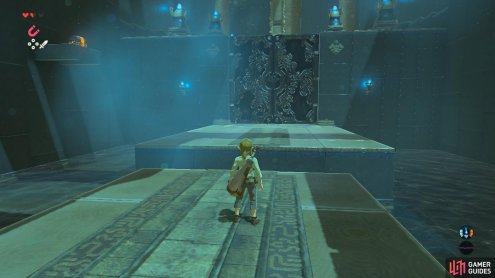 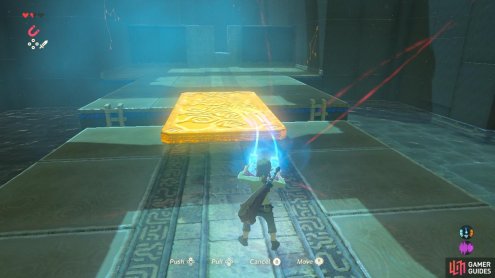 Cross the metal slab bridge in front of you to get to the next stone platform. There will not be another bridge to get you to the next platform. To solve this conundrum, use Magnesis again to move that metal slab over and create one. 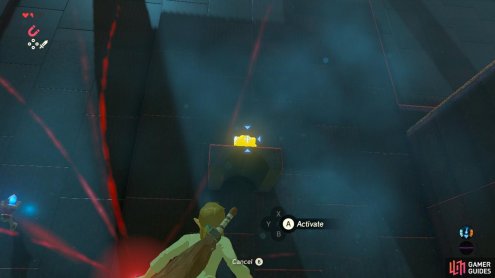 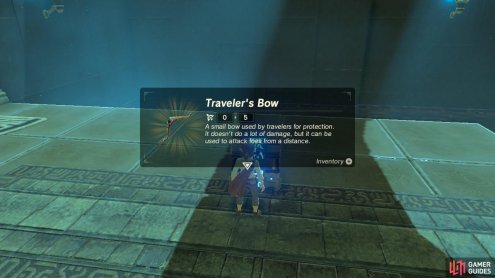 As you arrive at the final platform and behold two giant metal doors, look to your left. A treasure chest awaits your plundering and it's made of metal. Use your Magnesis to grab the treasure chest and then pull it closer to you. Open it up and you will obtain the Traveler's Bow. Bows and arrows are invaluable to this game so don't miss it! The Traveler's Bow itself is not very powerful compared to what you can get later, but for the early game hold onto it. 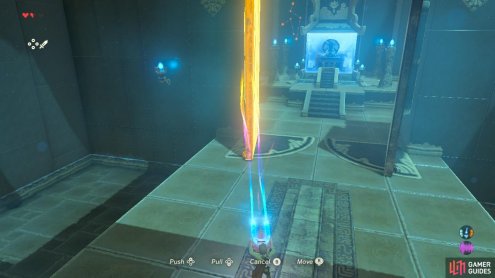 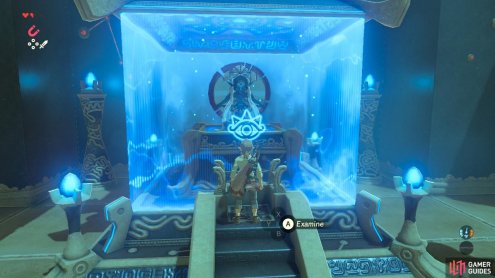 After you have pocketed your new bow, use Magnesis once more to pull open the double doors. You will have finally reached your destination. Examine the blue veil in front of you to initiate a strange cutscene. 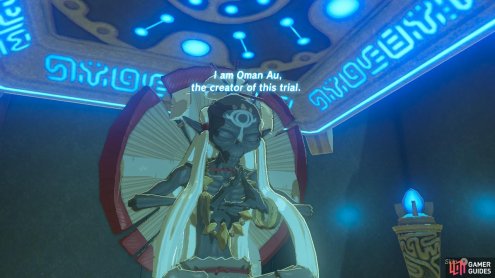 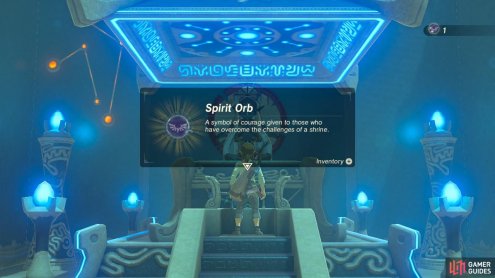 As your reward for completing the shrine, you will obtain a Spirit Orb.