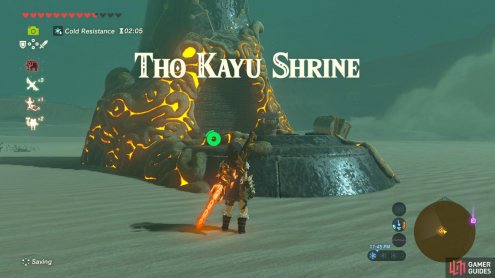 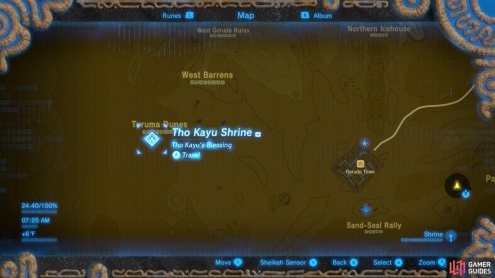 South of where you can see the text "Toruma Dunes" on your Sheikah Slate is a hidden Shrine. It is also guarded jealously by a Molduga, an overworld boss that won’t hesitate to destroy you from underground. You are probably here because of the sidequest "Medicinal Molduga", but if you just happened upon this area by chance, don’t pass up the opportunity to reveal this Shrine. 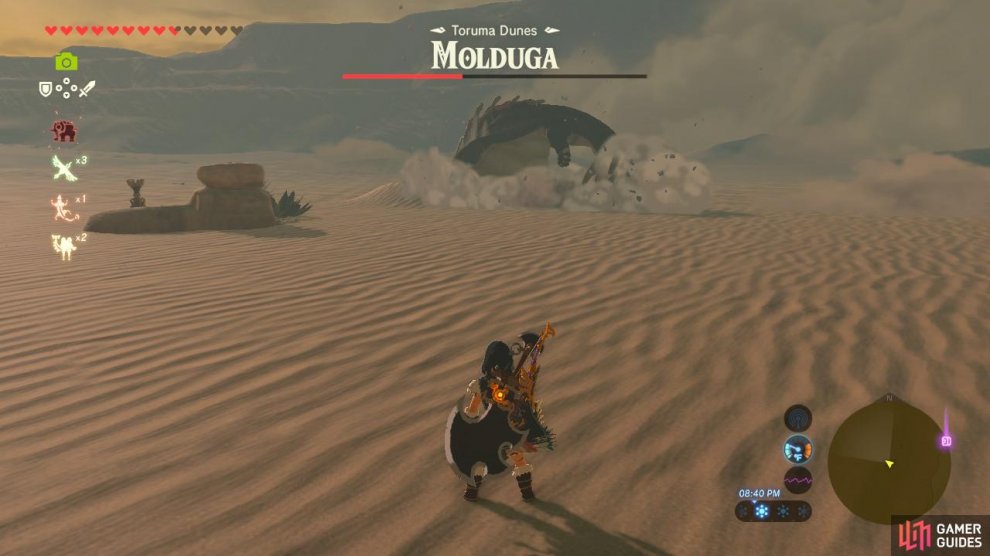 You will see a circular flat area surrounded by four small rock outcrops. This is where the Molduga resides. The boss fight music and Molduga’s HP bar will appear once the Molduga senses you. Molduga can hear your footsteps to determine where you are, and will then erupt from beneath your feet for heavy damage before going back underground. 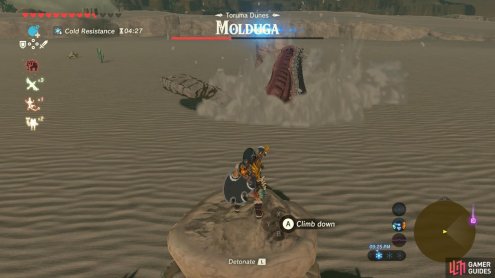 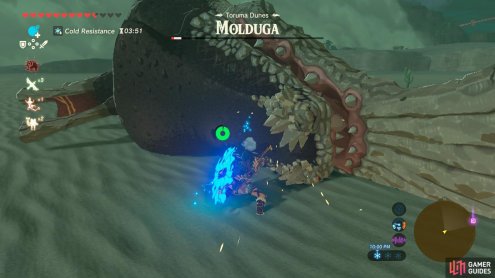 Defeating a Molduga involves standing on the rocky outcrops so that Molduga can’t hear you. Then, throw a Remote Bomb. Molduga will investigate it and try to attack at it. Detonate it and it will fall, immobile. Run up to the confused Molduga and bust out your strongest weapon.

For the highest damage output, use a charged spinning attack. It helps to have some attack boosting armor and/or food on you as well to defeat it faster. Don’t dawdle too long around Molduga, once it starts to twitch and regain its orientation it won’t hesitate to whack you with its body. Run back to the outcrop and Molduga will disappear back underground.

Rinse and repeat the process until Molduga is dead. Then, note the four torches around this arena. Light them all and the Shrine will appear. Sheesh, this should have been a Shrine Quest.

Note: If you haven’t completed "Medicinal Molduga" yet, make sure you save one Molduga Guts in your bag. Otherwise you will have to defeat another Molduga for that. 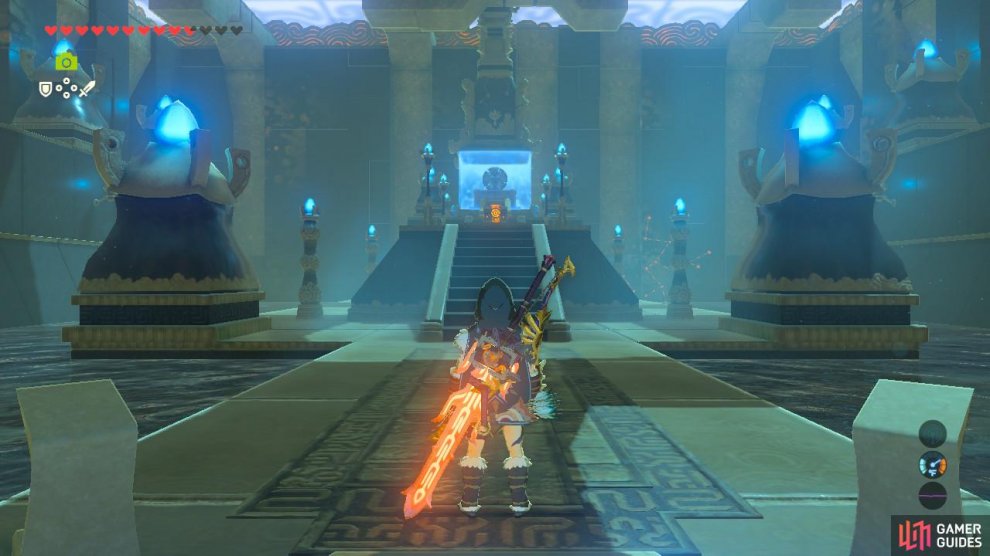 Once inside the Shrine, it’s just another blessing-type Shrine since defeating the Molduga was the true trial. Don’t forget to open up the chest containing a Golden Bow before collecting your Spirit Orb.