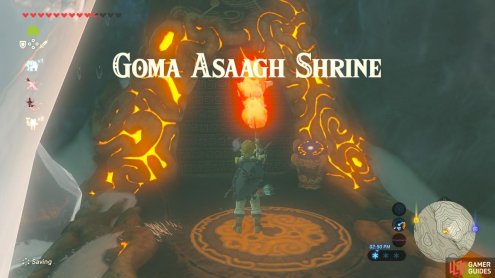 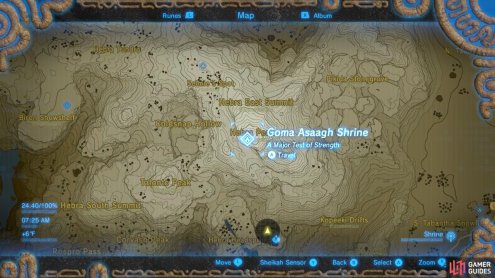 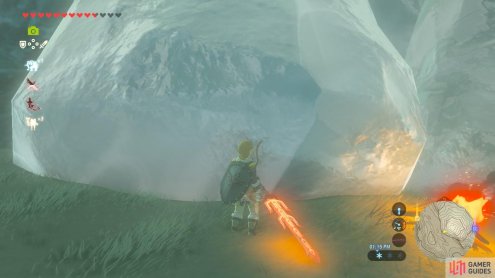 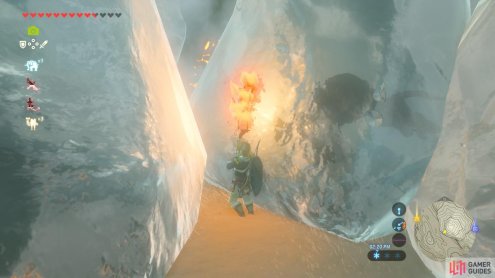 This Shrine is tucked into a cave, but you might not even see it passing by unless you pick up on the fact that your Sheikah Slate's sensor is going off like crazy (if it's even on). If you arrive at the cave, all you'll see are a ton of huge ice blocks. The Shrine is behind them. The way to access the Shrine is to melt the ice, obviously, but that will take fire and patience. Set some campfires using bundles of wood, or wave around a fiery weapon like a Fire Rod or a Flameblade. Eventually the ice will melt away, allowing you to access the Shrine. 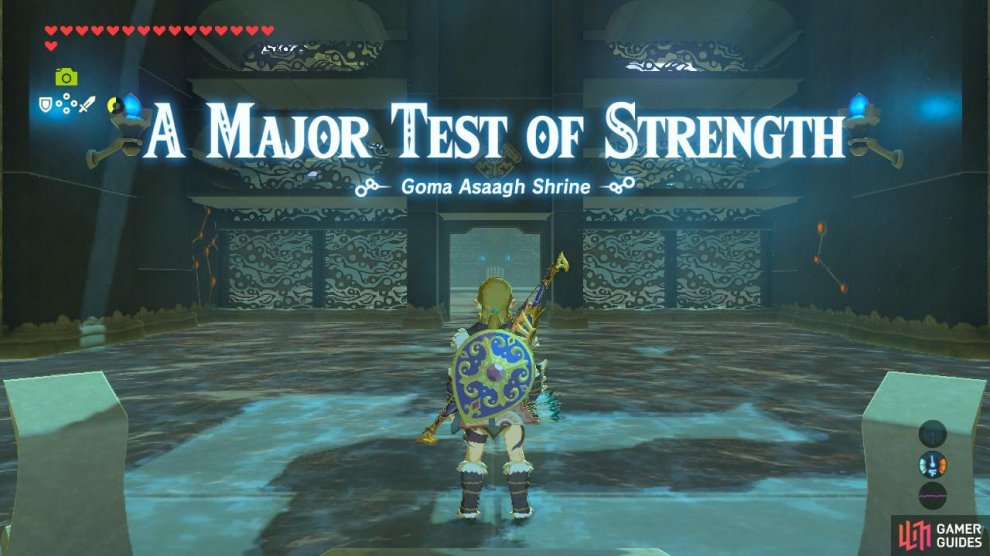 This Shrine is a "test of strength" type Shrine, and it's classified as a major one, so the Guardian Scout inside will pack a punch. Pack your gear and food accordingly, and also be prepared to pick up some tantalizing drops once you're done. The biggest difference here is that the room is wide open, with no columns to hide behind when the Guardian Scout does its spin attack. You can perfect dodge the spin attack to initiate Flurry Rush. Or dodge, or use your shield to protect yourself. 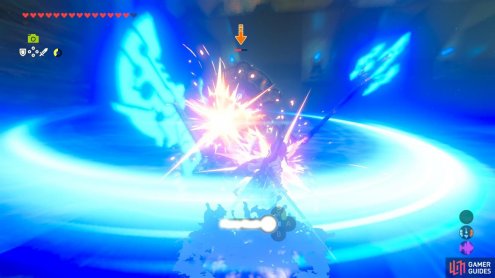 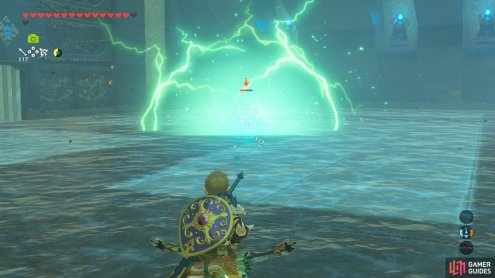 The treasure chest ahead of you contains a Royal Claymore. Once you have finished up your business here, go to the monk's chambers for your hard-earned Spirit Orb.